Everyone’s Mars: A review of ‘Mars, May Zombie!’ by Chuckberry Pascual Facebook Twitter Copy URL
Copied
'I think this book will be a comforting read for queer teens looking for a story about themselves, where the queer character doesn't have to worry much about their queerness'

My friends and I once made up a little role-play about ourselves in a potential zombie outbreak scenario. This was way back in 2019 and early 2020, in the days before the COVID-19 outbreak and pandemic. Back then we didn’t really have deep ideas for the story – just our characters exploring the zombie-infested world and looking cool while running away from zombies.

It’s ironic how just a few months later we’d be bored yet scared, stuck in our homes during an actual outbreak. The stories we could tell, though, had it been a zombie virus outbreak!

Mars, May Zombie! (Adarna House, 2022) by Chuckberry J. Pascual tells just that. A couple of years later, I found myself reading the story of queer teen Mars, and his survival of the zombie apocalypse with his best friend Bey and grandmother Vicky. It was a story of connection in the midst of a world taken over by corruption and decay.

Set in the year 2028, the story references a zombie outbreak that started in the year 2020, similar to the start of the COVID-19 outbreaks that spiraled into a pandemic. The book leaves the reader to speculate on an alternative future where a virus spreading in 2020 ends up much, much worse.

Mars, May Zombie! is narrated through the point of view of its titular character, Mars, and it really gets into his thoughts as the events unfold around him. Told in a familiar, conversational Taglish, readers will get to see an apocalyptic world through Mars’ perspective. From a young age, Mars had been thrown into a world that cares little for those who happen to be living in the wrong place at the wrong time.

This kind of setting seems to somewhat reflect the world for many queer teens: people who grow up facing discrimination and non-acceptance from many people around them. Queer teens didn’t choose to be the way they are, much like how Mars and his fellow Red Zone dwellers didn’t choose to be in the places that ended up as Red Zones.

I find it interesting how the theme of corruption finds its way into the story. In the horror fiction podcast The Magnus Archives, the fear of corruption encompasses both physical rot, decay, and infection, as well as the corruption and disgust that feeds into minds and into broken-down systems and infrastructures. To quote from one of its episodes:

“In a moment she is swollen, bloated, bursting into a cloud of violet spores that envelop the green and those who dwell there, embracing them in a rot that long since seeped into the soil of this blighted land.”

In Mars, May Zombie! this sort of corruption is portrayed the same way, from the literal flesh-melting zombie virus, to the uneasiness that settles into people from the Red Zones, to imagery of abandoned houses and buildings that start to dilapidate more and more as zombies keep multiplying in number.

Additionally, there’s also this interesting connection, I think, between corruption as a theme and queerness. Maybe it’s the association of queerness with disease, a disease that people think you can get by hanging out with the wrong people, the wrong community. Mars, May Zombie!, intentional or not, integrates those two themes.

What I perhaps like about the story the most is that despite this uncaring setting, we see Mars have people around him that accept him and to whom he can turn for support. This acceptance even comes from a family member, who typically in queer media is portrayed as the very first people to go against children’s queerness.

While it’s still of course important to read about queer narratives in order to bring attention to the issues they face, I think this book will be a comforting read for queer teens looking for a story about themselves, where the queer character doesn’t have to worry much about their queerness being a major source of conflict. 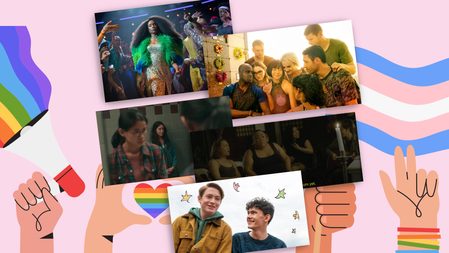 While Mars, May Zombie! does depict some forms of homophobia, they’re portrayed as minor jabs or backstories less tragic than the tragedy the characters are living through in the present. They are also seen as minor inconveniences too, in Mars’ perspective. I think it’s powerful for young queer readers to see that, maybe like Mars, they don’t have to think constantly about their queerness being a major issue.

The story lastly emphasizes the power of community and teamwork, on top of everything, in busting through decay and rot both systemic and physical.

To be honest, my friend group hasn’t touched our original zombie story since 2020. We’ve grown up and have gone through the rest of high school in a pandemic, just like Mars and Bey.

I hope we can pick up the storyline sometime, though, maybe with a whole time-skip arc. What would our characters be doing? What had they learned? What story could we give ourselves after living through it all? – Rappler.com

Divine P. De Los Reyes, 17, is a senior high school student of UST and is an active member of the University of Santo Tomas Senior High School’s Alinaga Reading Club.