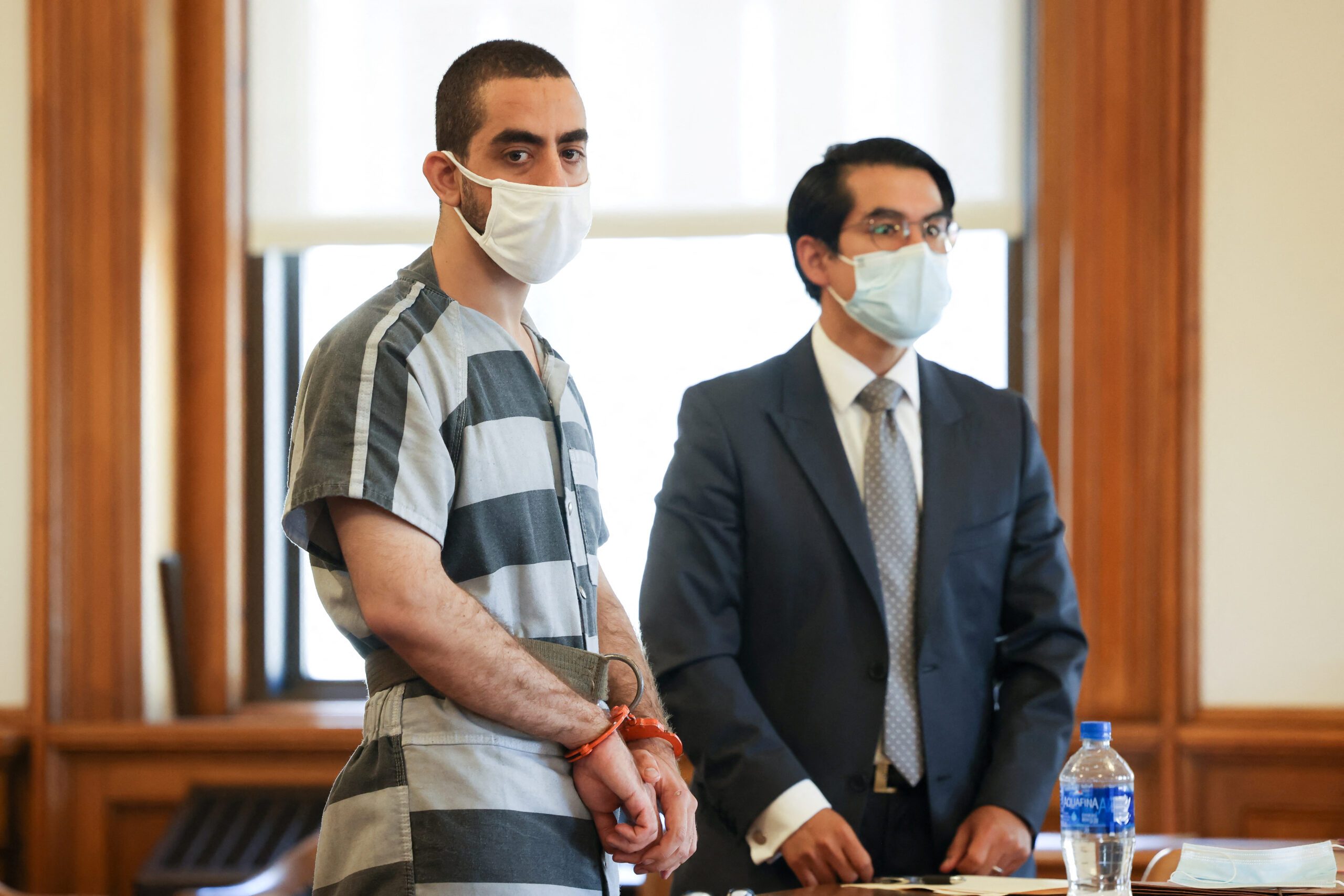 Hadi Matar, 24, is accused of wounding Rushdie, 75, on Friday, August 12 just before the The Satanic Verses author was to deliver a lecture on stage at an educational retreat near Lake Erie. Rushdie was hospitalized with serious injuries in what writers and politicians around the world decried as an attack on the freedom of expression.

He has been in jail since his arrest and wore a gray-striped jumpsuit, a white COVID-19 face mask and his hands were shackled.

Judge David Foley ordered Matar to have no contact with Rushdie and agreed to a request by his defense lawyer to issue a temporary gag order barring the parties from discussing the case in the media. He said he would consider the defense’s request to release Matar on bail.

Matar will return for another hearing next month.

The attack came 33 years after Ayatollah Ruhollah Khomeini, then Iran’s supreme leader, issued a fatwa, or religious edict, calling on Muslims to assassinate Rushdie a few months after The Satanic Verses was published. Some Muslims saw passages about the Prophet Muhammad as blasphemous.

Rushdie, who was born in India to a Muslim Kashmiri family, has lived with a bounty on his head, and spent nine years in hiding under British police protection.

In 1998, Iran’s pro-reform government of President Mohammad Khatami distanced itself from the fatwa, saying the threat against Rushdie was over.

But the multimillion-dollar bounty has since grown and the fatwa was never lifted: Khomeini’s successor, Supreme Leader Ayatollah Ali Khamenei, was suspended from Twitter in 2019 for saying the fatwa against Rushdie was “irrevocable.”

In an interview published by the New York Post on Wednesday, August 17, Matar said he respected Khomeini but would not say if he was inspired by the fatwa. He said he had “read a couple of pages” of The Satanic Verses and watched YouTube videos of the author.

“I don’t like him very much,” Matar said of Rushdie, as reported in the Post. “He’s someone who attacked Islam, he attacked their beliefs, the belief systems.”

Iran’s foreign ministry said on Monday, August 15 that Tehran should not be accused of being involved in the attack. Matar is believed to have acted alone, police have said.

Matar is a Shi’ite Muslim who was born in California to a family from Lebanon.

Prosecutors say he traveled to Chautauqua Institution, a retreat about 12 miles (19 km) from Lake Erie, where he bought a pass to Rushdie’s lecture.

Witnesses said there were no obvious security checks at the venue and that Matar did not speak as he attacked the author. He was arrested at the scene by a New York State Police trooper after being wrestled to the ground by audience members.

Rushdie sustained severe injuries in the attack, including nerve damage in his arm, wounds to his liver, and the likely loss of an eye, his agent said. But his condition has been improving since the weekend, and he was taken off a ventilator. – Rappler.com