MANILA, Philippines - It’s the eve of the 2012 Miss Universe pageant, the event that almost didn’t happen because of host city issues. But that’s been sorted out and the venue is Planet Hollywood in Las Vegas with 89 women competing for the crown.

It’s been more than a year, 465 days to be exact since Angola’s Leila Lopes was crowned last year’s winner in Brazil. That same night Miss Philippines Shamcey Supsup was named 3rd runner up, the second year in a row the Philippines had reached the Top 5. In 2010 Venus Raj was 4th runner up.

This year it’s all in the hands of Janine Tugonon. Can she continue the winning streak? Find out in our final predictions list for Miss Universe 2012.

Before we get into our favorites this year let me explain how the Top 16 is selected.

A preliminary competition takes place a week before the pageant. The girls are scored in both swimsuit and evening gown but judges are told to focus on beauty more than the what each girl wears on stage. A separate panel interviews the delegates in a closed door session. The preliminary judging panel is tasked to select a percentage of the eventual Top 16 finalists. The Miss Universe organization also decides on a percentage of that list - pageant fans lovingly refer to this as the Trump card. One delegate is selected by an online vote. While this doesn’t seem transparent, the Miss Universe pageant remains one of the most transparent ones in terms of how winners are selected. 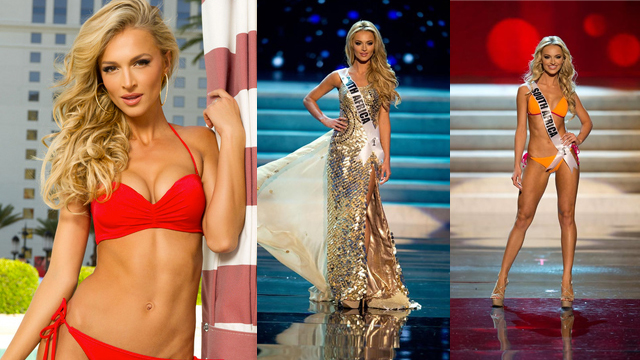 1. South Africa: Since her arrival in Las Vegas, 23-year-old Melinda Bam remained a huge favorite among pageant aficionados, and for good reason: she has one of the most stunning faces of the competition. During the pre-pageant competition held last week she reaffirmed her status as a favorite with consistent performances in both swimsuit and evening gown. Eventual Miss Universe winners have a certain je ne sais quoi, a certain something extra that Melinda possess. She’s one that is sure to captivate you with her presence. If she doesn’t take the crown, expert her to finish in the Top 3 at the very least. A word should be said about obvious favorites - they don’t always win - but among those that did recently are Mexico in 1991, Namibia in 1992, Venezuela in 1996, India in 2000, Puerto Rico in 2001 and Canada in 2005. 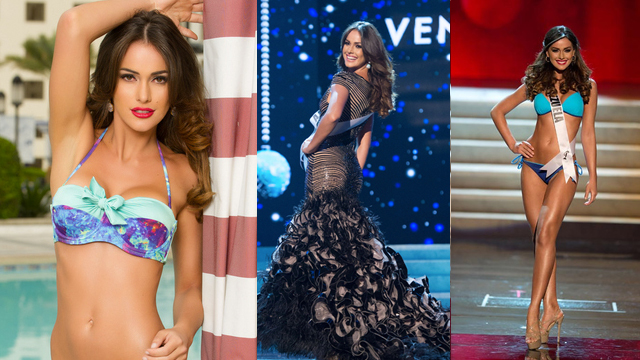 2. Venezuela: Known as the powerhouse of beauty, Venezuela is only second to the USA with the most number of Miss Universe wins including an unthinkable back-to-back win in 2008 and 2009. Coincidentally this year’s delegate 21-year-old Irene Quintero looks and acts like a combination of both those winners. Irene exudes a fresh, bubbly vibe that’s both contagious and magnetizing. After we saw her perform during the prelims - we just wanted to be her friend, we got the same vibe from her predecessors Dayana Mendoza (2008) and Stefania Fernandez (2009) before they won their respective titles. Venezuelans always come prepared and compete strong so baring any fluke she’s another Top 3 shoo-in and a strong contender for the crown.

Venezuela's performance over the last 5 years: 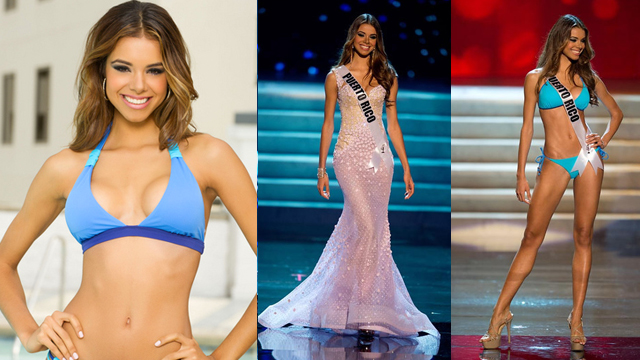 3. Puerto Rico: Another strong beauty pageant nation, Puerto Rico sent a very strong competitor this year. 20-year-old Bondine Koehler was the standout of the preliminary swimsuit competition with probably one of the best, if not the best swimsuit body of all the delegates this year. She also did well during the evening gown competition with a pink dress that showed off all the right curves. It is interesting to note that 2 of the 3 Miss Puerto Ricos that made in the last 5 years wore pink dresses. Not completely convinced that Puerto Rico will win it this year, but expect her to finish in the Top 5. 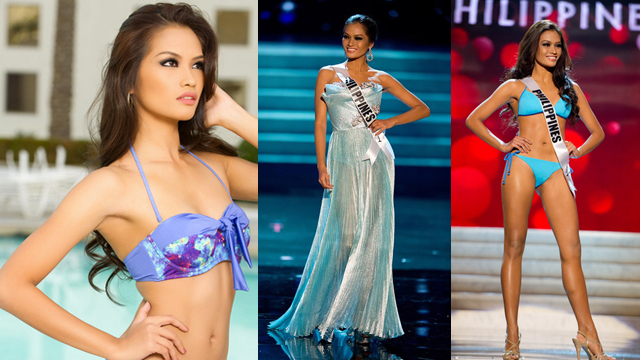 4. Philippines: With each passing day Janine Tugonon seems to be getting stronger and stronger. Some believe she is among those favored by the Miss Universe Organization. Hours before the pageant a photo of Janine (and backstage reporter Shamcey Supsup) are on the front page of MissUniverse.com. She was one of two delegates (the other being Miss USA) selected to guest on a Las Vegas talk show to promote the event, and don’t forget her special appearance at the Pacquiao-Marquez weigh in. That aside if she makes it, there is no doubt that Janine qualifies on her own merits. Many pageant fans are quick to note her less than stellar evening gown and I have to agree, personally the fabric looks cheap. Gown choices have always been a major complaint by pageant fans. The Philippines has so many talented Filipino designers that I’m sure many would love to dress Miss Philippines. Year after year they end up wearing gowns by Colombian designer Alfredo Barraza. Google it if you are interested in conspiracy theories. A change of gown and a better evening gown-look styling (maybe hair down and stronger makeup) will improve her chances. I don’t think she’s of Shamcey or Venus’ caliber but she definitely has what it takes to make the Top 5. Plus expect the Philippine contingent to make their presence felt just like they did for Venus when she competed in Vegas two years ago.

Philippines' performance over the last 5 years: 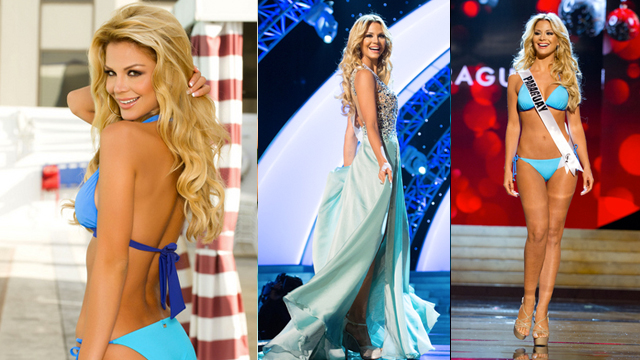 5. Paraguay: Barely on my radar until the preliminaries, this girl did everything right when it mattered most. 25-year-old Egny Eckert looked like a goddess during the preliminaries. With plump cheeks, wavy blonde hair, gorgeous long legs and a captivating smile this girl also has what it takes to take it all. Any on my top 5 list are within earshot of the title, it’ll all boil down to how bright they shine come pageant night. The last two times Paraguay placed at Miss Universe (2004 & 2006) they were both 3rd runners up. Expect Egny do as well if not better. 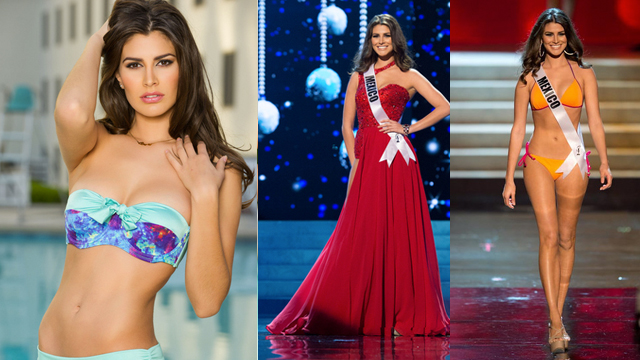 6. Mexico: Also an early favorite, 21-year-old Karina Gonzalez fizzled out a bit as the competition progressed. She does not have the presence of her predecessor Miss Universe 2010 Ximena Navarette but has one of the most amazing smiles of the competition and also one of the most beautiful faces. A strong Mexican contingent is also expected to cheer her on, rivaled only by the Filipinos. Some think it’ll be Pacquiao-Marquez all over again with Mexico and Philippines the last two standing.

Mexico's performance over the last 5 years: 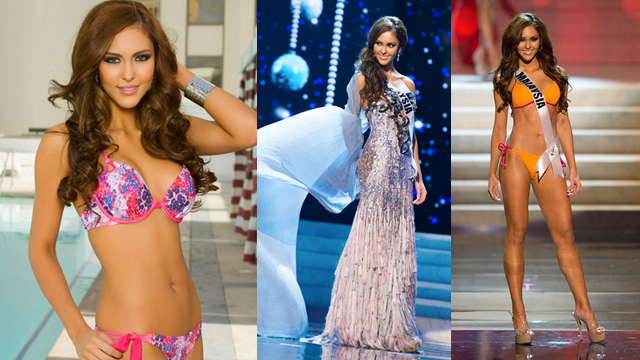 7. Malaysia: I must admit being half-Malaysian this choice is a bit sentimental one for me. 19-year-old Kimberly Leggett, Miss Malaysia, is one of my favorites but with reason. While not your typical Asian beauty (she’s Eurasian) she is one of the most stunning girls at this year’s pageant. Can’t quite put my finger on it but she has this sophisticated vibe to her. She also has one of the best online interviews of the bunch. Not quite sure what the judges and/or the Miss Universe Organization thinks about multi-racial delegates. I hear they expect Asian contestants to look Asian - so don’t know if this will hurt her chances. A victory this year would be much deserved, Malaysia has not placed in over 40 years  but under new management has been sending better, stronger delegates since 2010. In fact many considered last year’s Miss Malaysia Deborah Henry a front runner only to be shut out of the finals. I’d love to see Kimberly in the Top 5 this year. 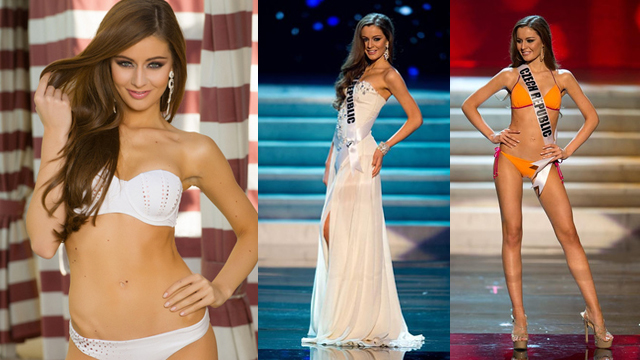 8. Czech Republic: A consistent fixture in the Top 15 over the last decade Czech Republic is known to send strong delegates and 22-year old Tereza Chlebovska is no exception. The only thing that I think could be problematic is that she lacks the right curves and that could hurt her swimsuit scores. The swimsuit competition decides the first cut on pageant night, so if she does not do well she may not qualify for the Top 10.

9. El Salvador: While 20 year old Ana Clavel doesn’t look so good in photos there was something about her that we’ve spotted during the preliminary competition.. The Rappler team who reviewed it thought that her shoulder shrug was an endearing quality. Overall she performed well in both legs of the pageant. It would be great to see her do well.

10. Croatia: When I first saw photos of Elizabeta Burg upon arriving in Las Vegas I immediately put her on my front runners list. So you can understand my disappointment when I saw her subdued performance during the preliminaries. BUT you don’t always have to have amazing catwalk skills to win Miss Universe. The best example of this is last year’s winner. Leila also looked subdued during pageant night, but somehow she won the judges over with a certain X-Factor. Many say she was the most stunning when it matter most. Having said that I have a big feeling that we can expect to see Croatia in the Top 10 if not Top 15. With that stunning face, get her to let her hair down and liven up a bit more and I’d say she has the potential to go even further.

Croatia's performance over the last 5 years: 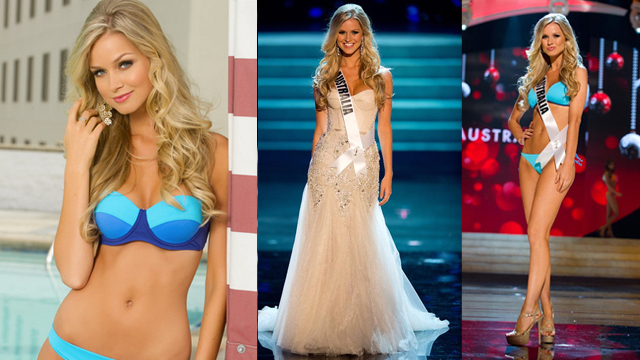 11. Australia: Following Jennifer Hawkins' victory in 2004 we’ve seen a slew of strong candidates from down under. They came very close in 2009 and 2010  landing in the Top 5 both times. This year 22-year-old Renae Ayris hopes to continue that legacy. From the looks of it, this blonde bombshell has what it takes to perform well. While she was one of our favorites at the start of the pageant am thinking she will only go as Top 10 with a very competitive field ahead of her. During the semifinals Renae performed exceptionally well, I expect to see her in he Top 16.

Australia's performance over the last 5 years:

Brazil's performance over the last 5 years: 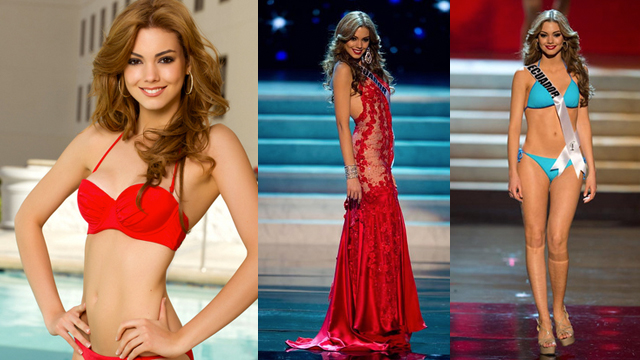 13. Ecuador: Another delegate who flew under the radar during most of the pageant only to come out strong at the end is 20-year-old Carolina Perez, making a strong case in her favor with a great showing in the preliminaries last week. Perez did an amazing job looking every bit vivacious during the evening gown competition but lost some points with her styling during the swimsuit competition. We think she should mix up the look and not use that red a shade of lipstick during the swimsuit competition. Absent on many favorite lists we have a good feeling where this one is concerned. 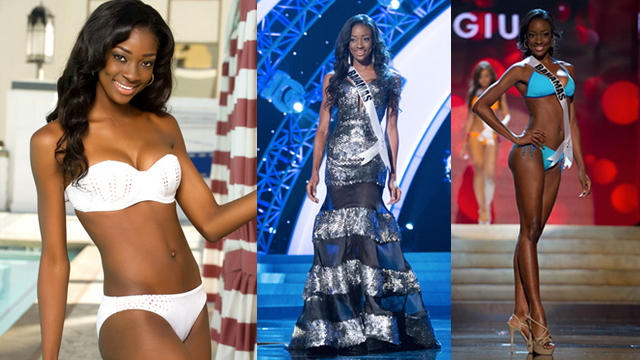 14. Bahamas: While there have been years where there no black delegates are called to the semifinals, it is always safe to place at least one black beauty on every predictions list.  One of the best delegates this year is Bahamas. 20 year old Celeste Marshall competed strong during the prelims and can quite possibly make it. 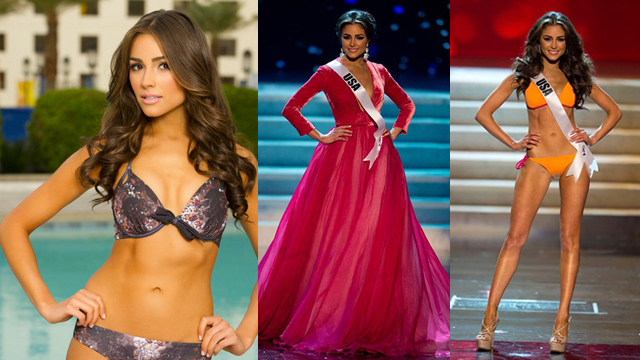 15. USA: Although undeniably one of the more stunning contestants in a rather weak field this year, 20-year-old Olivia Culpo may have done herself in with a bad gown choice and poor styling during the preliminary evening gown competition. While she made up for it in the swimsuit competition, her walk wasn’t very convincing either. She’ll probably make it through but by virtue of a Trump Card. If she does get through and wants to make it farther I’d suggest dumping the gown for something more flattering.

USA's performance over the last 5 years: 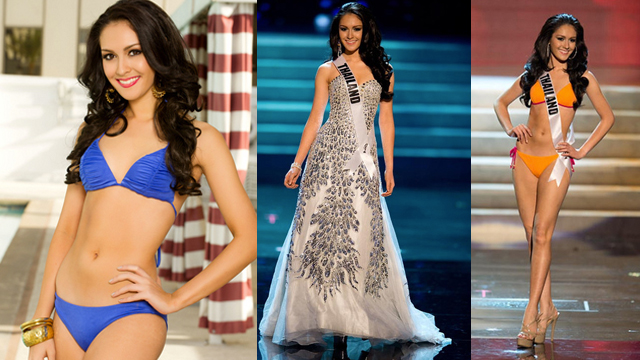 16. Thailand: Like Malaysia Thailand is also Eurasian. Considering that there are already two very strong competitors in this, chances are we won’t see another one. But I have the feeling that she might make it through as the winner of the online vote. Aside from Filipinos and Puerto Ricans, Thai pageant fans also command a strong army online.  If she does make it, it would be well deserved, aside from her natural beauty she had one of the lovelies gowns during the preliminaries, much, much better than the one worn by Miss Philippines.

Thailand's performance over the last 5 years:

Either one of these girls also has strong chances of making the Top 16.

Who do you think will make the Top 16 of Miss Universe 2012? Let us know in the comments below. - Rappler.com