I’m Angel, 28 and I’ve been married for almost 4 years.  We’ve had difficulty trying to conceive.  The main problem is my husband’s weak sex drive.  He no longer finds me attractive, and yet I am beautiful and sexy.

I told my OB that very often, when we have sex, he doesn’t seem that interested or aroused. Even when he is about to come, he is able to stop. And that is what happens very often.

He is only 29 years old; that is why it is impossible for him to no longer be interested in sex. Neither does he like it when I try to seduce him into having sex with me. If he’s not interested I should not try to change his mind. It really hurts me, especially since he does not give me the one thing I want: to have a baby.

I always go and visit my OB.  I have spent a lot so that I can get pregnant easily.  But…how can I get pregnant when my husband refuses to cooperate?

We make love 2 times a month, and this has been going on since we were young. I am the one who does all the running so that something happens. The thing is, no matter what I make him drink or take – honeymoon tea, enduranz tablets, etc – it has no effect.

The few times something happens between the sheets, he tells me he should get a reward because we had sex.

He is not malambing (affectionate), doesn’t get jealous, and seems not to care no matter what I do. I go home in the early morning, and he doesn’t get angry. I have male chat mates, and he still doesn’t get angry.  I am so sad because of what’s happening between us, and I hope you can help us.

You appear to have a number of issues quite apart from not being able to get pregnant. You say that your husband (let’s call him Juan) is not malambing, does not find you sexy and has a low sex drive. Moreover, he is not jealous and does not mind if you stay out till late or chat on the Internet. Of course what you do not tell us is what, if any, positive qualities he has.

And why did you marry such a man in the first place? If his low sex drive was known ever since you got together, it is scarcely reasonable to complain about it now. After all, if you had really wanted a man with a sex drive equal to or greater than your own, Juan would not even have been on the long list of candidates, let alone the short list.

As for getting pregnant, bear in mind that any child will inherit genes from both of you, so if Juan is as much a waste of space as you suggest, you run the risk of a child with some of these less than sterling qualities.

However, given that you are “beautiful and sexy” (such a positive self image!), perhaps a better solution would be to find another partner with the qualities you actually want in a man before you have children to complicate the picture. Good hunting! 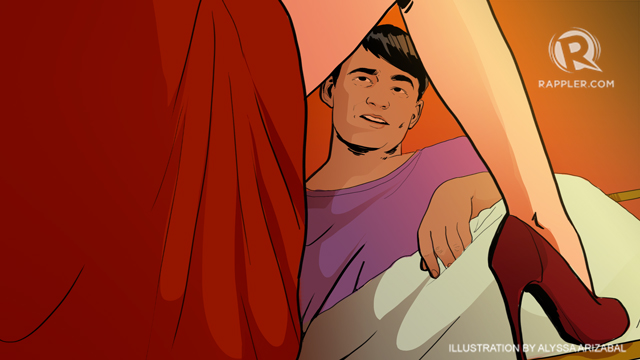 Thank you very much for your letter.  I agree with Mr Baer that you seem to have several issues regarding your husband.

You first presented your problem as a simple cause and effect situation:  My husband does not give me the one thing I want: to have a baby. That is because of his low sex drive.

You then tell us what you have done to solve his problem – so-called aphrodisiacs, frequent visits to your OB, attempts to seduce him – not unlike the reaction of the owner of a stud dog when displeased because said animal is not performing as he should.

But he is much more than a non-performing asset, and he seems to resent your viewing him this way.  So you both go on your passive-aggressive ways, with his “refusing to cooperate” and taking back any pleasure you may have gotten during “the few times something happens between the sheets” by telling you he “should get a reward because we had sex.”

Happily (though more painfully), you become introspective and realize that, by his “seem(ing) not to care no matter what I do” something more must be going on.

You also admit that it is possible that it is not just his weak sex drive but his “no longer find(ing) me attractive” that may exacerbate your sexual woes.

And at last, your earlier disgruntled stance changes to a softer (though again, more painful) realization of what you truly feel: “I am so sad because of what’s happening between us,”

Oh, Angel, I too am so sad about what is going on, but the good news is that

1. if you can hold on to your sadness and your humility instead of going back to your self righteous anger;

2. if you can put your baby plans on hold because, honestly Angel, there is something distasteful about your machinations to get yourself pregnant at all cost;

3. if you can somehow allow this sadness and humility to send the message to him that “I’m sorry if I’ve hurt you” and I am so, so sorry that I blamed you for what is really something I contributed to also;

4. if you can admit that  griping about his so called inability/refusal to give you a baby was just a way to avoid the terror of possibly breaking up with him;

5. if you can move on even further from there and tell him you love him and hope he kinda, sorta feels the same way too, AND

6. if he too is willing to forego his passive aggressive position which was a way to protect himself from your attacks; and

then I daresay you both have a chance to make your relationship better.

It won’t be easy, and sometimes both of you may even fall back into your old patterns, BUT if you remind yourselves of what’s at stake, perhaps you will both try harder to be friends and then perhaps even ardent lovers.