Nov 20, 2016 9:06 PM PHT
Facebook Twitter Copy URL
Copied
'Even if I know this is not good, I still tolerate it because I really do feel that he loves me anyway, and this is just something he couldn't help.' I thank you both for giving readers like us an avenue to express our pains and concerns.

Going to my dilemma, I know the decision should come from me, but I’d like to see your unbiased points of view as well before making any rash decisions.

My husband and I have been together for more than 8 years, have been married for more than 2 years, and we’ve got a toddler. I’m a little idealistic when it comes to love. He’s my first relationship, and I feel lucky that he’s also the one I married. I loved him then and I still love him now.

Thing is, I’ve been constantly catching him flirting with others. There’s this girl from our college “barkada,” couple of girls from the strip bars, and the most recently, a work colleague. The flirting ranges from text messages (some from a spare cellphone I didn’t know about), online chats, seeing each other, and some kissing,or whatever it is I don’t happen to know about.

I almost got broken the first time, but we somehow managed to survive. I’m a very empathic person, and even if I know this is not good or this hurts really, really bad, I still tolerate it because I really do feel that he loves me anyway, and this is just something he couldn’t help. So I always try to see his point. That perhaps he’s bored, or he needed attention especially when I might be suffocating him with my demands, etc.

Somehow he always convinces me that they’re merely flings, and says he won’t do it again, that I should trust him, so I always try to see where he’s coming from and then give him another chance.

But you see, even though I try to understand him, this is something beyond my principles. Personally it never occurred for me to cheat, as I believe that any issue should first be dealt within the relationship and not find other avenues/ outlets – like having flings. Also, I’d always get worried and ballistic when he doesn’t get in touch with me or when he’s busy or when he goes drinking with friends, there’s always this fear that he might be out flirting, so I might be hurting (whenever I doubt him) or suffocating him in the process, but really, I think you can cut me some slack here based on my previous ordeals.

The last incident with the colleague was one of the worst, but he seemed really sorry and he said he didn’t want to end up with a broken family, so that’s my dilemma right now. Do you think it’s really possible for a serial cheater to change, or is there still a chance for me to regain my trust on him? What do you think are the steps we should do if we really want to work on our marriage?

Will appreciate your thoughts on this.

You have known for years now what sort of man your husband (let’s call him Bam) is. Yet you still married him anyway, despite his propensity to flirt, because you love him. You say you are “idealistic when it comes to love”, which I interpret to mean that you thought a wife and child would have helped him become more of a family man and thus less of a flirt – but it seems Bam, if he is “idealistic” at all, does not define “idealistic” the same way as you do. Faced with this situation, you are now reduced to saying “I still tolerate it because I really do feel that he loves me anyway.”

We all have different ideas of the ideal marriage and the key components without which our marriages cannot function. For millennia, women wanted as husbands principally men who would provide for and protect them and their offspring. In modern times of reduced gender divide and greater equality, when many women can provide for their children as well as, even better than, their husbands can, the relationship between the spouses can become the single most important facet of the marriage.

What this relationship should be varies from couple to couple. For some, material possessions are paramount, for others fidelity is crucial. In some cases shared interests are important, while others value the differences between them.

In your case, Carol, you say you love Bam and he loves you but his propensity to flirt is a constant source of conflict between you. This suggests that fidelity is of some importance to you. You try to explain away his behavior by suggesting that it is something he cannot help, or he is bored or suffocated by you, and then when he transgresses yet another time, you pretend to believe him when he says he will not re-offend and give him another chance.

Given the amount of time you have been together, Bam’s pattern of behavior and your total failure to rein him in, it is highly unlikely that this leopard will change his spots. And indeed why should he? He misbehaves and you tolerate it, so he continues misbehaving with impunity.

That leaves you with two obvious choices: stay married to him despite his weakness for flirting (and possibly more) or recognize a lost cause and leave him. 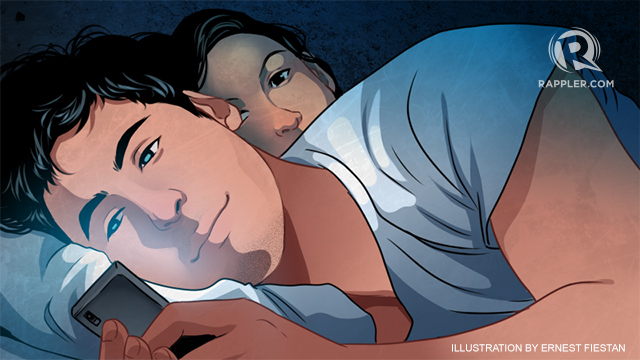 Thank you very much for your letter. I agree with Mr Baer’s final statement that your situation “leaves you with two obvious choices: stay married to him despite his weakness for flirting (and possibly more) or recognize a lost cause and leave him.”

Here are the reasons I feel your relationship is a lost cause:

But Carol, It is not only Bam who gets bored, other men (and women) get bored, too. It has to do with our need for novelty (novelty seeking) being hardwired in our brains.

All our brains and not just men like your husband. And yet, not all men deal with their boredom by flirting with other women. Some men paint, other try extreme sports, others learn chess, take up judo, etc.

Dr Robert Cloninger, professor of psychiatry and genetics at Washington University, once said, “Novelty seeking is one of the traits that keeps you happy and healthy and fosters personality growth as you age.”

Winifred Gallagher, science writer, backs this up when she writes in her 2011 book New: Understanding Our Need for Novelty and Change, “ Our unique human brains are biologically primed to engage with and even generate novelty, from our ancestors’ first bow and arrow to the latest tablet computer…To prevent our great strength from becoming a weakness in today’s fast-paced world, we must re-connect with (our need for novelty’s) grand evolutionary purpose: to help us learn, create, and adapt to new things that have real value and dismiss the rest as distractions.”

In other words, boredom need not be an enemy of marriage. It is certainly no excuse for infidelity. A man who feels that only a new woman/partner will ease his boredom is unimaginative, lazy and unkind if the only outlet for his novelty seeking is infidelity.

2. Not only is Bam unkind, he is also pretty self-absorbed. For example, you wrote: “he seemed really sorry and he said he didn’t want to end up with a broken family.”Note that he did not say: “I love you; I don’t want to lose you and our baby.” What he said didn’t seem to really include you, just his affinity to the concept of having an intact family.

3. “Somehow he always convinces me that they’re merely flings, and says he won’t do it again, that I should trust him… so I always try to see where he’s coming from and then give him another chance.”

They are never ever “merely flings.” Not if you love your wife and you know this hurts her.

4. But the most damage his behavior has caused is what you have become:  An untrusting, suspicious, insecure nervous wreck.

This is not who you were years ago. Is this really the sort of person you want to be? Because in all likelihood, you will continue to be like this unless he changes. Frankly, while it is possible that he might, frankly. I don’t see it happening.

Good luck, dearest Carol, whatever you decide. You, after all, know your husband far better than I, who have never met him, do.