[Clinical Notes] More on ‘Peeping on my sister-in-law’

Dec 20, 2016 9:53 PM PHT
Facebook Twitter Copy URL
Copied
Should a guy tell his wife that he's sexually attracted to his sister-in-law? Can a marriage survive this kind of secrecy – and can it thrive?

In this edition of Clinical Notes, clinical psychologist Margarita Holmes delves deeper into the issues raised by a married Two-Pronged reader who is struggling with a secret he’s keeping from his wife – he has a “sexual affinity” for his younger sister-in-law. Dr Holmes delves deeper into whether or not he should disclose this to his wife, despite his fears that this will ruin his marriage. Can a marriage survive this type of secrecy? Can it thrive? 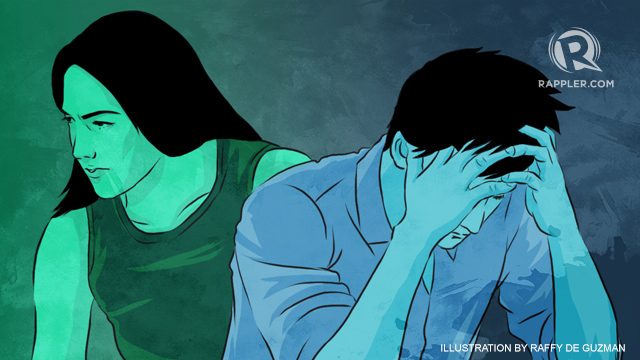 This is a follow-up to our column “Peeping on my sister-in-law.”

Practically 50% of Dan’s letter spoke of how sorry he was for peeping on Liz, his sister-in-law. And yet, for all his protestations of regret and sorrow, Dan seemed completely uninterested in making amends.

Making amends is something many (if not all) recovery programs insist on. It is more than an apology; it is more about restoring justice, putting to right the wreckage one’s behavior brought about.

(God, that Dr Holmes is a cruel, humorless clinician. She insists Dan tell his wife about what happened if he wants their marriage to continue. But I know for a fact that many marriages survive even if the wife is unaware her husband is unfaithful).

That is true, many marriages do survive even when there are secrets between the spouses. But the operative word here is that, yes, marriage can survive. But a marriage that merely survives while hoping to continue even as the years get more and more boring, is light years behind a marriage that thrives and grows ever stronger as the years pass.

In his letter to Two Pronged, Dan described himself as “happily married for 9 years with a loving wife.”

This, however, is in stark contrast to what he wrote a few paragraphs later: “I know if I tell my wife, it will be the end of my career and my happy marriage.”

However, if Dan’s wife Ana is truly loving, she will eventually listen, even if to stomp in anger may be her first reaction. A loving wife will not be judgmental and say this is your problem that has nothing to do with her.

If Ana is truly loving, she will take on, accept, even love all of Dan – including the part that lusted after her own sister.

Not that she will be all sweetness and light from then on. In fact, I am fairly sure Ana will be the very opposite at the beginning.

The shock, pain, rejection, anger and/or other emotions she feels will be too much to contain without a rupture or two.  When it  finally hits home that Dan wanted to see Liz naked – and perhaps even got an erection from it – it will not be the stuff of fairytale endings.

What might be more difficult for Ana is that she cannot even “blame” the supposed other woman for leading Dan astray because, being her sister, Ana knows Liz wouldn’t do that.

And yet that might depend on how Dan tells the story…

That is the reason Dan must tell Ana what happened. Not doing so will erode his marriage, as sure as the strongest acid will erode metal.

Secrets lead to even more secrets almost immediately. Because to cover up what you first did, you have to make up convincing scenarios.

Any intimacy Dan and Ana had will erode for as long as this remains a secret between them.

The fact that Liz, Ana’s sister, is the “other woman” makes it even more necessary to tell Ana as soon as possible.

The longer this is kept a secret, the greater the possibility of collusion happening. Some psychologists (myself included) might even suggest that even if Liz and Dan never spoke of this again, indeed, even if Liz and Dan never spoke to each other again about anything, for as long as Dan’s behavior stays a secret, collusion has already occurred, and a second betrayal, by both Liza and Dan this time, would have occurred.

Dan writes: “I know if I tell my wife, it will be the end of my career and my happy marriage.”

My answer to that is, it is possible Ana has a greater capacity to forgive and move on than Dan gives her credit for. In that case, telling her would be a move in the right direction. It shows a willingness to make amends and do what it takes to fix the problem.  That is not a guarantee, but it gives Dan more than a fighting chance.

In fact, the only guarantee is that if Dan doesn’t tell her his marriage may survive, but it certainly won’t thrive. – Rappler.com