Dec 17, 2017 5:25 PM PHT
Facebook Twitter Copy URL
Copied
Sue, who is in a long-distance relationship, asks if she has a reason to be hurt that her boyfriend rejects the subject of marriage

Can you please give me some advice? My partner and I have been together for almost 13 years.  He works as a manager for a financial institution in Singapore while I live in the Philippines. It is all right because as part of his work, he travels the region, visiting the Philippines every 3 weeks.

I got hurt and want to know if I have a reason to be hurt.

This is how our conversation went the last time he was here:

Me: Are you awake, love? There’s a question I’ve been meaning to ask you.

Me: Why don’t we get married the next time you’re here? Even a wedding at city hall, though I want my parents and best friend to be there. I can take care of all the preparations, so you can be sure it won’t cost that much.

He: (sighing deeply) Ayan ka naman (There you go again). For once, I’d like a stress-free trip to Manila, but you always find a way to talk about something that makes my blood pressure go sky high. I have no budget for a wedding.  Besides, didn’t you want me to buy you a car this year?

You say that you have been together with your partner (let’s call him Mark) for almost 13 years. You do not state how long you have been in a long distance relationship but currently you live in the Philippines while Mark is in Singapore. Unlike in most LDRs however, you do get to see each other every 3 weeks.

You have chosen to leave blank everything else about your relationship and instead asked us to concentrate on a single recent conversation between you which left you hurt so that’s what I will do.

Given that Mark presumably has a well-paying job, since he is in financial services and has regional responsibilities, I would think that he has the resources to get married if he so chooses. After all, he suggests that he will be buying you a car so a wedding that does not cost that much is not a problem.

If money is not the problem, then why is the suggestion of marriage such an issue for him? Is he unwilling to commit? Why? Perhaps he has become comfortable with his life in Singapore (has he got another girl there?), knowing he can visit you regularly and yet fly off again to enjoy his freedom. Such a life is very appealing to some people and they would strongly resist anything that might curtail it.

You have every right to feel hurt that after 13 years your boyfriend prefers to buy you a car than marry you – and suggests it’s your fault. He seems either totally unaware of your needs as his partner or totally unwilling to address them in a serious and respectful way. Whichever the case, I strongly suspect that if after 13 years he still behaves like this, he will be unlikely to change so perhaps it is time for you to change, say goodbye, and get on with the rest of your life. 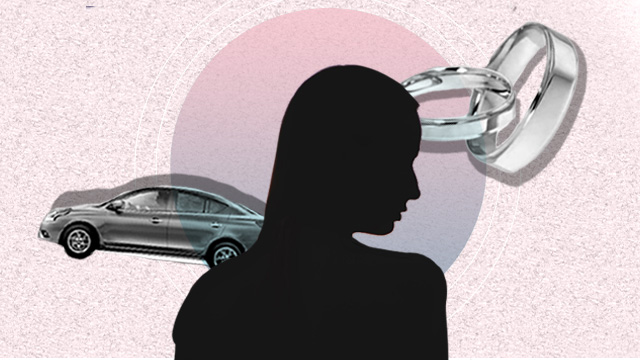 Thank you very much for your letter.  Feelings come and go, not subject to rhyme or reason and thus not really subject to being judged as right or wrong. That is why it is wonderful that you asked if you have a reason to be hurt. Mr Baer has given you some possible reasons you feel hurt and even suggested a course of action. I fully agree with him, but perhaps would suggest one intervention before leaving.

Ask yourself if you feel merely hurt and not also angry. Feeling (merely) hurt is accepting you are merely a supplicant, who will be happy when her request is granted and accepting if it is not.

Being angry establishes there is no hierarchy between you. While it’s true that the dialogue you shared with us makes it seem that there is, that he is top dog and you a mere puppy-let, I am hoping it came across this way simply because you were trying to make lambing (put him in a good mood).

If I get the metas well as the literal messages Mark is sending, 1) he doesn’t want to get married right now (or maybe ever since he gives no hint of a future date or circumstance when he might change his mind); 2) you have spoken about marriage many times before and he has made it clear that he’s not interested; 3) your bringing up the subject yet another time exasperates him perhaps because you have told him nothing new.

He already knows you want to get married, and I am sure you have offered him reasons other than his not having to do anything or spend all that much only so he would agree. This time you have offered to make it stress-free and money-easy for him; but these reasons are just as unconvincing as the previous ones you’ve given.

Dearest Sue, I think your trying to convince him to marry has gone beyond trying to put him in a good mood and offering him what seem like “promos” (like easy financial terms, etc) so he will say yes.

It is likely money is not really the issue, though he tries to make it seem that you feel that way by dangling a new car as a substitute for being married.

Have you ever been tempted to say something like:

“Teka, teka, pareho lang tayo rito. (Not so fast, big guy. We are equal as far as this relationship is concerned) Don’t you dare think you can distract me by buying me a new car! And if you think telling me you have high blood pressure due to my bringing up marriage is making me feel guilty, have another think because I’m not.

“However, I cannot force you to marry me, so instead of giving each other any more grief, let’s call the whole thing off.”

If you have thought of saying something like this to him and have actually said it, then perhaps you could explore the reasons you are still with him since he has obviously called your bluff.

If you have thought of saying something like this to him, but just haven’t got the courage/impetus to do so, ask yourself what you have to do in order to get that courage.

However if you have never thought of saying something like this to him, perhaps it might be a good idea to ask yourself how long you will keep holding on to a man who seems to care nothing for you.

I know this isn’t very happy news, but, dearest Sue, it can be once you decide to leave this creep-ola once and for all or he proves there is more to him than empty bribes and attempts at guilt.