These stories will make you believe that love is real 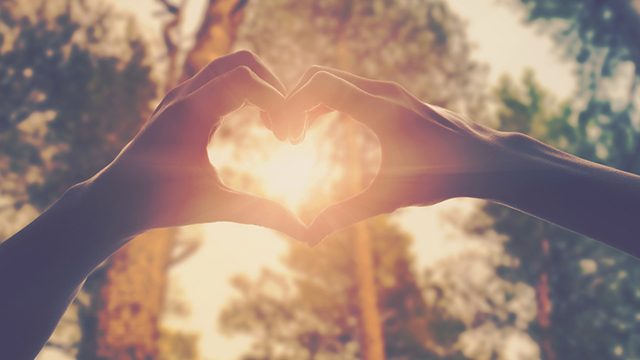 MANILA, Philippines — It’s a truth universally acknowledged that a good story will always be a welcome treat. In the Philippines, stories are especially welcome if it’s of the romantic kind.

Just because love should be something we share year-round, here are 4 stories that will, hopefully, find a way to soften even the most jaded of hearts.

I tried to kiss dating goodbye

Carla* met Luke* during their church small group’s singles gathering in Quezon City. Carla, who is now a doctor, said that she already made up her mind about not dating after her last relationship ended a few years back.

“Few years back, I came from a heartbreak that left me not wanting to fall in love again that easy. I was preparing then for my chosen career and in this case, a long journey ahead as I study to become a physician. We can all learn that in our deep pains and longing, we can call on to God to meet us at our needs and make us whole again,” she said.

But despite the heartbreak, Carla continued to pray for the right guy to come. From their first meeting in 2011, the two would continue chancing upon each other during gatherings. Soon enough, from just saying hi and hello, they started conversing.

Luke tried to ask her out many times and she would often say no. She eventually went out with him – but only with friends tagging along. “I think his persistence paid off after a month when I finally admit that my feelings for him started to grow deep,” said Carla.

Group outings turned into just the two dating. After several more dates, they became a couple. After 3 years, Luke proposed to her on Valentine’s Day in 2014.

“We got married at my dream wedding destination, witnessed by all our dear families, loved ones and friends,” said Carla, who now has a daugher with Luke.

How a slipper paved way for romance

“It was in the late-30s perhaps, rural Tondo (present day Barrio Obrero). My Lolo Rading was known as the barrio’s jock – he was a student athlete of FEU before. He was a speedster, so his friends would always tease him by throwing his tsinelas (slippers) over the air so it would land on the small lot in the next block,” Jady said of his grandfather.

His grandfather would then have to climb over the fence to get his slippers – paving the way for him to meet his would-be wife: Mameng, the only child of a widower.

“This was ongoing for more than a year. That simple tsinelas throwing became a habit in the afternoon so that my Lolo would have an excuse to see my Lola.”

During the war, her grandparents were forced apart. Rading had to move to Mindoro while Mameng moved to Nueva Ecija. But even as war raged, they did not stray.

“[They] decided to work it out as a couple, and their love for each other did not die. They finally married in July 1949,” said Jady.

“Despite being in love, they were the most polarizing personalities. My Lolo is the community man – his heart was in serving the community, despite not being an elected official. He established Manila’s oldest community-based sports athletic association, the Barrio Obrero Youth Athletic Association (BOYAA) in 1949. This would mostly take time from his family.

His lola, who was an introvert was working as a librarian and devote her time to her family, which he said were her main focus.

His grandparents never really quarreled. Even after moving to the United States after their retirement, they made it a point to help the Tondo communities they left behind.

“Despite all these extremes, they respected each others’ passions as they are aware of their obligations to the family and to one another. My Lolo worked extra as a basketball referee (one of the first International FIBA licensed here in the Philippines) after working as a social welfare officer of Manila City Hall. My Lola, after doing her duties as a mother would answer crossword puzzles, watch her soap operas, and listen to showbiz news. They never used these as reasons to fight each another or demand anything from each another,” Jady said.

“This was their cycle for 66 years, until my Lolo passed away in 2015. Lola was devoted serving her husband, despite my Lolo experiencing dementia. But in Lolo’s final days, he would always remind my mom, my sister and I, to look after my Lola and ensure she is secure after he’s long gone. My Lola may not be vocal about it but I’m sure she feels the longing for four years now. If there’s something I learned about love from them, it doesn’t need to be physically affectionate or even verbally expressive, it’s their actions, motivated by love, that keeps their hearts beating, and I think it’s rare to find such dedication.”

This isn’t a full love story but a snapshot of one, submitted by Maricris Raquedan. Maricris shared with us a letter from her late Lolo Carding, who was a soldier in the war when he wrote a letter to his eventual wife, Maricris’ Lola Maring.

One letter from 1952 records Carding’s declaration of love for Maring.

“Well Maring, it’s true that the world is wide enough for me to secure another flower but you’re already the one whom I’ve selected in the wide universe. That ‘all things will turn to dust but my love to you will never last end.'”

“Anyway Maring, I considered you also as one of my sisters. But aside from that, I’ve to follow the dictates of my heart that I’ll not stop loving you so long that I’m still in this world. Please Maring, open your tender heart and accept now my dying soul. Please Maring, pity me, so that my only one borrowed life will last long.” Maricris’ Lolo Carding died in 2015. Her Lola Maring, who has Alzheimer’s, talks about Carding “as if he is still alive.”

“[I] hope it inspires the youth of today,” she said of her grandparent’s love story.

Meeting via a dating app

Online dating can be taxing but for *Kline and *Nico, it was anything but when they started talking to each other. “The medium (dating app) was very typical but the conversations were not,” Kline said.

“Our key was to make it less sexual, and more of knowing the other person’s personality and mind, though we admit that we did flirtatious teasing that did raised the interest level to one another.

“We texted about everything under the sun and moon, on our likes and dislikes, aspirations and goals, and our lives and family. We grew so fond of each other and so two weeks later, we decided to meet in person. I remember how fast my heart was beating during that time. I felt a bit of awkwardness at first having to transfer our conversation from texting to in person, but shortly after, it was almost as if like we’ve been together for a long time.”

Kline said he and Nico eventually realized they were already in love with each other.

They always make it a point to find time for each other despite the busy schedules they have.

“We make everything work by making sure that we always give time, embracing and respecting each other’s differences, and giving one another the personal space that we all deserve. We feel so grateful to many things especially to our supportive families who accepted us and are always there and making sure that God is the center of our relationship.” —Rappler.com

*Names have been changed upon request

Start your own unforgettable love story on a journey away from home. Use this Expedia promo code now.