[Two Pronged] Part 2: She had sex with ex, I want out, we have kids

Mar 30, 2014 10:53 AM PHT
Facebook Twitter Copy URL
Copied
Could reconciliation be in the cards after the pain of being cheated on in a relationship? What steps can be taken to come to terms with the issue? 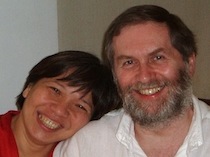 Editors’ Note: This is the continuation from last week’s Two-Pronged column advising reader Efren, who wrote about his wife’s infidelity. Efren’s letter has been edited for clarity.

Thank you very much for your kind response to my problem.

About my wife, if you can stay all night long with the other guy, nobody will believe her. Besides, it happened not once, not twice, but more – and I don’t know how often they did for more than a year of their affairs.

About the make-up sex, which resulted two more children – I think this is true, especially about anger and revenge. You know, this is one of my problem when I make love with her. I keep imagining them in bed, which hurts me more, and is the problem I have now.

On reconciliation and forgiveness – yes, you’re right, I think I can’t afford to easily forgive her due to how much I trusted her before. I gave her a lot of reminders before I went to Dubai, but she still did the things I never considered she would do. Sometimes, I don’t even bring up the matter because she might be upset, thinking I don’t trust her. Now I realize that trusting too much can sometimes be a disadvantage.

It’s hard to leave her because our 3 children are still too young. I can’t afford to leave them because they won’t know their real father.

My going abroad wasn’t only my decision. It was also one to provide for the needs of our family.

Forgiveness is easy to say, but hard to do. If it happened once or twice only, maybe I can easily forgive her. 7 months after I left she communicated with the guy, and after 8 months they had sex?

Seeking more truth hurt me even more. I learned the guy went to the house of her father many times, and had breakfast and dinner together with her brothers and sisters. The guy also gave money to our child, and that hurt me so much. Where is the money I send monthly?

I faced it since then. I talked to her personally for separation because I think I cannot forgive her and I cannot survive, but she didn’t accept.

As for my having another girlfriend, I think I could say it is just for my comfort? I don’t know…I think I am not really in love with this girlfriend, or I just say I like her and vice versa. We know our situation and even she is willing to give up whatever.

This girlfriend is just a fruit of being depressed. I was looking for a comfort zone, and maybe, in part, revenge.

My problem now is, how can I forget all of this? I suffer when I think of them in bed together. I can’t sleep well also and since then, I’ve had a lot of discomfort physically due to lack of sleep and an unhappy life.

Sometimes, I can’t focus on my work. It’s like I’m almost crazy.

Thank you very much for your first letter, which Jeremy answered, and now for this second letter, which shows a little bit more about what’s going on in your life.

When I say a little bit more, it is because some of the more subtle qualities of the communication styles you and your wife have as a couple stand out even more. Because you, (and not your wife), are the one writing this letter, it is your style that comes out. And because more of your style (and not hers) is more obvious, please do not think I am picking on you.

Also, because this column is essentially one that hopes to make people handle their problems better, alas, with space limitations, it focuses more on what can be improved rather than on what is going well.

Having made all these disclaimers, you will probably benefit most from two things I wish to share:

1. The first is an observation about your communication styles. Several statements you’ve made [the latest being when you started out with “I gave her a lot of reminders before I went to Dubai…”] suggest you feel that, just because you’ve made them, your wife should feel as you do. This is the reason you feel so hurt, a hurt that might have been lessened had you taken the time to listen. Your letter suggests you’ve left no room for an alternative view.

Thus, your wife may have felt the only way her alternative view could be expressed was in a more passive-aggressive way – passive in that she did not tell you directly, “You SOB, my father is just as important as …” and aggressive because, since you didn’t seem to leave room for a counter-argument about finding a way to find some money for her father, she chose to act out first her anger towards you. She seconded the message that she was so desperate to find money for her father at whatever cost, that she did it in such a literal way—a way that would hurt a macho man like you.

Why do I say this? Because you rail against a wife whom you think doesn’t appreciate the sacrifices you continue to go through for the good of your family, and the only thing you ask for is their unequivocal obedience.

I suspect you will have immediate counter arguments, but if so you will be behaving true to form and no change will be possible. I am tempted to spend more time on the above message, but I am hoping the comments people share below will give you more to consider, whether they agree with my analysis or not.

2. You’ve said outright and I quote: “My problem now is, how can I forget all of this? I suffer when I think of them in bed together… It’s like I’m almost crazy.” The best way to do this is called thought stopping. Cognitive behavioral therapy (CBT) has many suggestions on how to do this. Happily, the field of neuroscience has also joined CBT in trying to help people who have thoughts that run over and over again in their heads, like a never-ending tape.

Several neuroscientific studies suggest that one of the better ways to deal with an unwelcome thought is to interrupt the connection between the thought and constantly thinking about it. If you can do this for even a microsecond at the start, that is already an achievement. The more often you try this, the better you will become at lengthening the time between the (hurting) thought and doing something or thinking about something else. It is very difficult to keep at this because what you are going through right now is exceptionally painful. But you have to persevere if you want to succeed.

Right now you seem to be wallowing in your pain, having an easy answer for reasons for having a mistress, wanting to separate from your wife and yet not doing so because it makes you seem like a martyr laudably suffering for your kids who will probably be better off emotionally once you get off the fence and unequivocally commit to a decision. Admittedly, there is some comfort in that.

Even if taking steps to move on may be painful at first AND may even hurt more for a long while, it is the only way you can become emotionally healthy.

Moving on takes more than just saying you want to and then responding to every suggestion with a “Yes, but…”