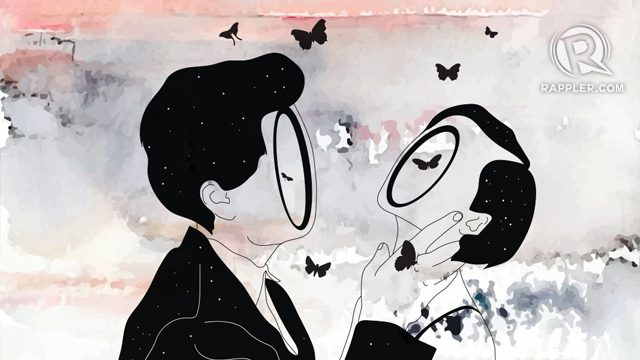 It is customary in many Western cultures for men to offer a range of special courtesies to women. This includes paying on dates, carrying heavy objects, pulling out chairs, opening doors, and allowing women to go first, even when the man was there first.

Despite being generally seen as polite and even romantic, these acts of chivalry – where men are excessively courteous to women simply because they are women – have a dark side.

What does research tell us?

Psychologists refer to the paternalistic attitudes underlying these behaviors as benevolent sexism. Benevolent sexism involves the belief that men should cherish and protect women, and “put them on a pedestal.” This is because women are viewed as being more morally pure, weaker, and in need of protection.

Although benevolent sexism has a positive tone, research has found people higher on these attitudes also tend to be higher on hostile sexism. Hostile sexism involves overtly negative and suspicious views of women – this is what people generally think about when they think of sexism.

Research shows there are a range of negative outcomes associated with benevolent sexism.

For instance, one experiment found exposure to benevolently sexist comments led women to perform worse on a cognitive task, and to be more likely to think of themselves as incompetent.

In the context of intimate relationships, men higher on benevolent sexism have been found to be more likely to provide dependency-oriented help to their female partners, such as providing solutions that overlooked their partner’s skills and efforts. These women subsequently felt less competent and less well-regarded by their partners.

It may be harder to recognize this form of sexism because it can’t be measured in a pay gap or in the number of women in executive roles. It happens in everyday interactions between people, and often in private. People underestimate how harmful benevolent sexism is and overestimate how harmful hostile sexism is.

The seemingly positive tone of benevolent sexism may even be perceived by some as being advantageous to women, but the scientific research does not bear this out.

Why are women drawn to benevolent sexism?

Despite all the negatives, women tend to prefer benevolently sexist men. This preference is even stronger among women who have high levels of insecurity about their intimate relationships.

The preference for benevolent sexism may also be driven by women’s understanding that it offers an antidote to hostile sexism. This is supported by experimental research finding women were more likely to endorse benevolent sexism when they were exposed to information suggesting that men have negative attitudes towards women.

Why women, including feminists, are still attracted to ‘benevolently sexist’ men

So why are there so many negatives to something that is so widely appealing?

One problem with benevolent sexism is the reinforcement of traditional gender roles about how women and men should relate to one another. It’s the same old problem that who we are or what we want should be predetermined by our sex rather than our own preferences and personalities.

But as the above research suggests, an even bigger problem may be that benevolent sexism has the capacity to undermine women’s performance and well-being. There’s an inherent condescension in benevolent sexism that views women as less competent than men. This is not to say individual acts of kindness are a problem – but the double-standards driving them are a problem if they disadvantage one gender.

The broadest implication of all this may be that benevolent sexism enacts men’s agency and dominance and women’s passivity and subordination. Men take a higher-status role as providers and protectors, while women play the role of weak and dependent followers.

By rewarding submissiveness, benevolent sexism is antithetical to women’s power, and an impediment to women’s attainment of leadership roles. It may be an added challenge to be a figure of authority when you are expected to be extra pleasant and deferential.

Benevolent sexism enables men to have loving relationships with women while maintaining male dominance in interpersonal relationships. It goes hand-in-hand with hostile sexism, which punishes women who challenge the status quo and seek gender equality. Benevolent sexism is the reward women get for being submissive to men, and that kindness is conditional upon their conformity to traditional gender roles.

Achieving gender equality might mean sacrificing some of these perceived perks. – The Conversation|Rappler.com