Celebrating Father’s Day without a Father 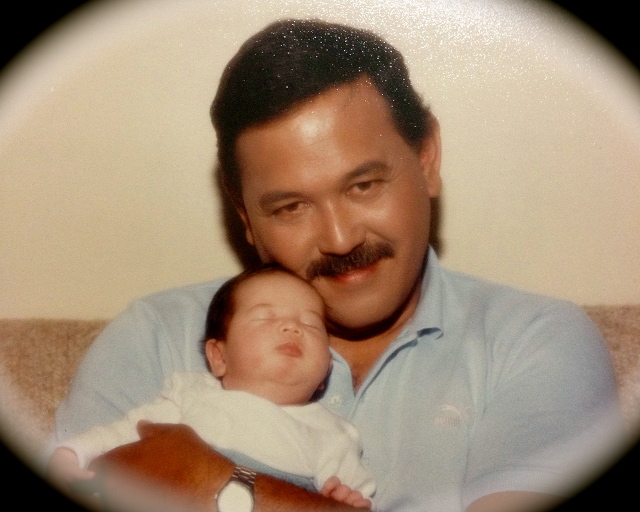 VICTORIA AND HER ANGEL. Victoria and her dad shortly after she was born.

MANILA, Philippines - One of the best presents my dad ever gave me was a ceramic angel. He told me that if I prayed to my angel, I would be able to get anything I wanted.

Later on, he suffered a heart attack and passed away when I was 13 years old. His death was so sudden and unexpected, and no matter how much I prayed, his presence was something the angel could never give back to me.

Since then, celebrating Father’s Day has been a heavy reminder of my dad's absence.

I found it very difficult, at first, to relate to a Father’s Day celebration because my memories with my own dad were cut short. The only personal milestone he was able to witness was my grade school graduation (he passed away during my first two months of high school) and I felt like I hadn’t even begun my life journey yet.

I wish he could have been there to witness more life moments; like meeting my first boyfriend, seeing me off to prom, attending my college graduation and seeing how my career progressed. I would often brush aside these feelings of emptiness to avoid the pain of his absence.

This really tested my faith. I lost my faith in him because I didn’t see him. But as the years passed, I learned something very important about cultivating a relationship with him despite his not being physically present.

About 3 years ago, I went through a heartbreaking experience and felt so alone. I took to journaling how I felt to be able to process my emotions and thoughts. While my pain and feelings flowed onto the page, I found my words directed from my journal to my father. I was basically giving him an update on what was happening.

My heart felt better after that. In some unexplainable way, I felt his presence. I think that moment taught me that while he isn’t physically on earth to help me deal with life’s ups and downs, his spirit is still there watching over me.

We often think that when we lose someone to death, we lose that person forever. But I’ve opened my mind to keep cultivating the relationship even after death, because the people we love and who hold our hearts will always be with us. They will always be guiding us and watching out for us.

Love is such a powerful emotion. Their love for us doesn’t die when they do; and vice-versa, our love for them doesn’t end just because they aren’t there physically. I think someone told me a long time ago that death ends a life, not a relationship.

My relationship with my father is getting better by the day. From the years of not praying to him for fear of opening old wounds and memories of loss to praying now on a daily basis, I feel the emptiness I once had for his role filling up day by day.

While this was happening to me internally, I was also able to take a look around me and appreciate the people who tried to be there for me in memory of my Father. My mom definitely did her best to play both roles as mother/nurturer and father/provider. My siblings and I also grew closer, while also teaching each other about strength, self-reliance and healing.

Sometimes, my siblings and I would say, “Oh how I wish Dad got to see this.” Like last April, my brother got married, and during our speeches, we talked about how Dad would have been so happy to see that day. But we also knew that he is happy and he was there on that day.

You see, it’s something we feel now more than ever.

By recognizing he is still with us no matter what, we learn to honor him. We honor his memory by living the happy lives we know he would have wanted for us. By keeping him in mind, I feel like he is looking out for us everyday.

So I guess in hindsight my dad was right about praying to the angel.

But now the angel is him. - Rappler.com 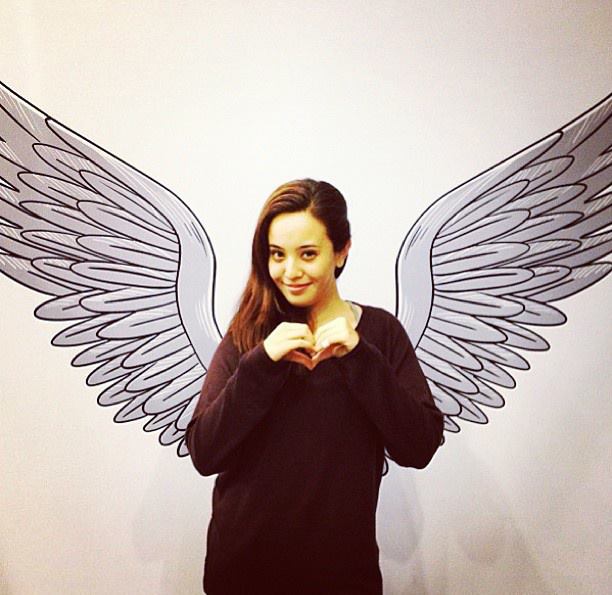 Victoria Herrera is a TV and event host, model and writer. In 2011, she released her first book, "Unscripted," based on inspiring conversations on her previous radio show. In 2012, she hosted Runway TV Asia where she interviewed international fashion designers and celebrities. Shuttling between Manila and Singapore, she continues to explore the world of creativity, design and fashion as a contributor for several magazines and newspapers.