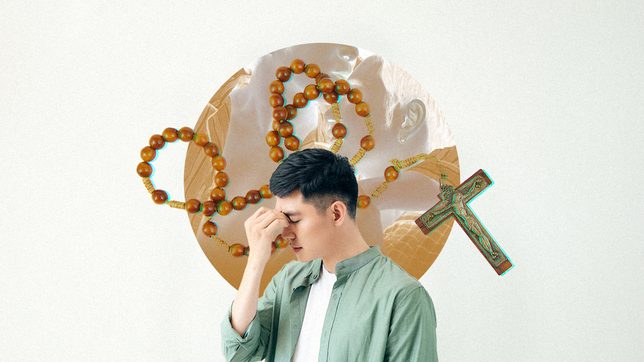 Facebook Twitter Copy URL
Copied
'I feel guilty whenever I have sex with another man. Are my feelings valid?'

Jeremy has a master’s degree in law from Oxford University. A banker of 37 years who worked in 3 continents, he has been training with Dr. Holmes for the last 10 years as co-lecturer and, occasionally, as co-therapist, especially with clients whose financial concerns intrude into their daily lives

I am gay and a practicing Catholic. I feel guilty whenever I have sex with another man. Are my feelings valid? I am even thinking of no longer having any gay relationships as my New Year’s resolution.

There are a multiplicity of often conflicting beliefs in a supreme being, perhaps almost as many as there are human beings on our planet, when we take into account that each of us has a unique and personal interpretation of what the existence (or non-existence) of a god means, even if we are a member of a religious group that has a common shared belief.

Religions and homosexuality have been uneasy bedfellows for millennia, but following the relatively recent liberalization of attitudes towards homosexuality in many countries, a number of religions have either accepted gay marriage or at least are willing to bless gay partnerships.

At present it seems as though attitudes towards homosexuality among major religions fall into three camps: Baptists, Catholics, Evangelicals, Mormons, Muslims, and Orthodox Jews find it incompatible with the Bible; Episcopalians, Reform and Conservative Jews, Lutherans, and Presbyterians accept gay marriage or bless gay unions; Buddhists and Hindus have no official view; while Methodists are divided (and there are many other religions with differing stances).

To me as a former Catholic, current agnostic, and certainly no theologian, the above illustrates that even if one is prepared to concede that there is a god, any human interpretation of his will, as made known via the Bible, Koran, Torah, or other supposed communication from on high, is extremely elastic if not capricious.

Turning to the current Catholic stance, it seems to be summed up as, “Love the sinner, not the sin.” Thus to be a homosexual is fine, provided you are chaste. This is because while to be gay is not per se “intrinsically
disordered,” homosexual acts are.

This document makes fascinating reading as it lambasts “facile theological argument” to justify homosexual acts (paragraph 11) and supports a position where “homosexual persons…are called to enact the will of God in their life by joining whatever sufferings and difficulties they experience in virtue of their condition to the sacrifice of the Lord’s Cross (paragraph 12).”

There is a certain ghastly logic to this if, and only if, you proceed from the initial premise that sexual activity is only permitted if it can transmit life.

Now popes, bishops, and clergy have for years been inveighing against relativism or buffet Catholicism, referring to the enticing but illicit notion that Catholics can pick and choose which parts of their religion they are willing to accept. The official line is that it is all or nothing, a requirement that is manifestly honored in the breach by so many Catholics at every level. For example, it is quite clear that millions of Catholics, and priests, turn a blind eye to the refusal of the Vatican to allow contraception.

Is it therefore just a question, Allan, of finding a priest who will look favorably upon your particular problem? I fear it is not that straightforward because we run up against the Catholic teaching regarding conscience.

Conscience, and “a judgment of reason” by which we determine whether an action is right or wrong, is a tricky subject. The Catholic Catechism states that the “Word of God” (i.e., the Bible) and the “authoritative teaching of the
Church” should guide the formation and education of our conscience, that it should be well-formed and that its education is “a lifelong task.” Conscience enables us to recognize the objective standards of moral behavior and apply them in our daily lives.

Your issue, Allan, seems to come down to how your concept of your god and how your conscience views dissent from the rigid Catholic teaching regarding homosexual acts. EWTN has a useful article on this subject
which may provide some guidance.

You may also want to discuss the issue with your spiritual adviser who will undoubtedly be better informed in these matters than I.

You are not the first, and will not be the last, to grapple with this thorny problem. Your feelings of guilt are inevitable if you look at Catholic teaching in isolation, because that teaching views homosexual acts as “disordered” and therefore immoral. However, perhaps you can take some comfort in the fact that the Catholic Church as an institution moves at a snail’s pace when faced with change; after all it famously found Galileo guilty of suspected  heresy in 1633 and only rehabilitated him in the late 20th century (and even then only partially, informally, and ambiguously).

If you and your conscience are convinced that your god does not condemn homosexual acts, you can posit the view that the Catholic Church will eventually come round to your understanding, though let us hope for the sake of all gay men and women that it doesn’t take more than three centuries to do so.

So in the final analysis, whether you should feel guilty depends on your conscience and only you can discern what moral stance to take in this respect. 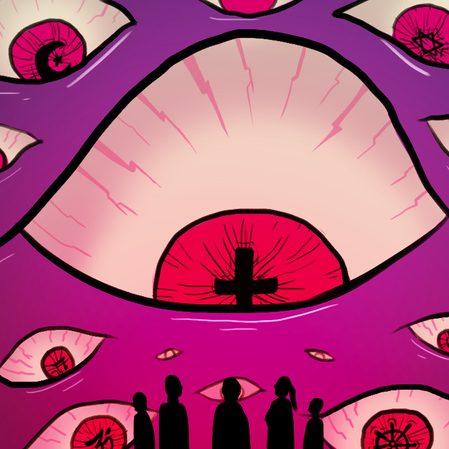 Thank you very much for your letter. Mr. Baer’s final paragraph underscores that your guilty feelings are NOT based on anything objective that you can be certain God definitely commanded. Rather, your feelings of guilt seem more a function of what sort of God was drummed into you when you were too young to discern if the sort of God they pushed on you actually made any sense.

However, you are not too young now. Now is the time you must grapple with beliefs that will determine the kind of life you are to live. Will it be one where kindness  and forgiveness mean more to you than blind obedience? Will it be one where kindness and forgiveness extend to yourself and not just to others? And finally, one where New Year’s resolutions are made because you strongly feel they will make you a better person and not merely be a sop to minimize your guilt?

Dearest Allan, I have no doubt your thinking about no longer having gay relationships is from a place in your heart that wants to do good. But perhaps it will make more sense to get to know yourself better so any resolution you make is congruent to being the sort of person you want to be.

Please send any comments, questions, or requests for advice to twopronged@rappler.com