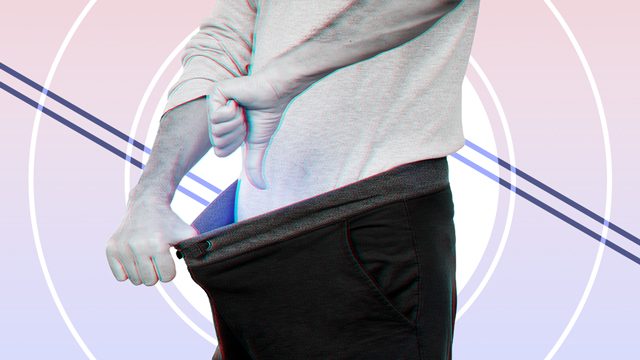 Facebook Twitter Copy URL
Copied
'I have no vices. I do not smoke and if ever I have a drink, it is seldom and not too much.'

(Editor’s note: This has been translated from Filipino)

I am only 35 years old, single, and with no girlfriend. I am a college instructor. No one knows about my problem – even my family as I am a secretive sort of person.

I have no vices. I do not smoke and if ever I have a drink, it is seldom and not too much. In other words, I am what is called social drinker. I do not use prostitutes, which is why I wonder why this problem happened to me.

My manhood no longer stands at attention. Sometimes, it hardens but it is not enough for sex since it is not hard enough.

I am asking you for help.

Erectile dysfunction (ED) was traditionally the province of urologists and sex therapists who generally took sexual histories and used specialized diagnostic testing to establish the nature of the problem prior to determining the appropriate treatment. The introduction of PDE5 inhibitors (e.g. Viagra, Cialis, Levitra) in 1998 shifted ED to primary care doctors who now had a brand new tool with which to treat the problem.

Self-report is now the lynchpin of assessment and it must be a matter of speculation the extent to which PDE5 inhibitors are now the automatic treatment of choice. Having said this, there is strong evidence of medical risks between ED and medical problems such as diabetes, certain eye disorders, low blood pressure and coronary heart disease and these should be taken into account.

Assessment of ED falls into three areas. Firstly, assessment of the self which includes possible performance anxiety; other disorders such as depression, anxiety, OCD, PTSD and substance abuse; negative sexual messages e.g. from the family, culture or religion; sexual abuse or trauma; gender identity/sexual orientation issues or paraphilia complications; misinformation and/or lack of sexual skills.

Secondly, relationship and partner issues; you, however, do not mention a partner.

Thirdly, environment which breaks down into lack of comfort, lack of privacy and lack of relaxed time.

PT, you need to establish with a urologist if you have a physiological problem and prior to that it would be helpful if you consider which, if any, of the above has any relevance to your case.

Thank you very much for your letter. Mr. Baer is correct in everything he shares with you, but I would like to focus on the second area of assessment that he mentions what he said and that is “relationship and partner issues.”

Mr Baer adds that “(you) do not mention a partner.”

Nor, may I add, having had a previous partner/s.

In addition, many people who worry about their erections, when they do not mention current partners (in the way you didn’t), usually allude, if not outright say, that they are thinking of the future, when they do meet someone they like. They do not want to disappoint said person with their ED.

You have not said anything of the sort, which makes me wonder if you have ever had a sexual partner or if you have ever looked forward to having one. It does not matter if you haven’t. All it means is that you have a different sexual orientation than most of us. While most of us are heterosexuals, you are most probably asexual.

I say most of us because current statistics suggest that about 1% of the population is asexual, though many experts think that the number may be higher.

And that is fine… and I hope you are fine with it too, or will be.

What, exactly, is asexuality?

Asexuality is the lack of sexual attraction to others, or low or absent interest in or desire for sexual activity. Asexuality is distinct from abstention from sexual activity and from celibacy, which are behavioral and generally motivated by factors such as an individual’s personal, social, or religious beliefs.

Sexual orientation, unlike sexual behavior, is believed to be “enduring.” Some asexual people engage in sexual activity despite lacking sexual attraction or a desire for sex, due to a variety of reasons, such as a desire to pleasure themselves or romantic partners, or a desire to have children.

So what am I telling you?

First, na hindi ka nag iisa. (You are not alone)

Second, that yes, of course. Even if you are asexual, it doesn’t mean you no longer care about how your penis works. In which case, please follow Mr Baer’s suggestions above.

Third, is my suntok sa buwan (hope despite, perhaps, no evidence to encourage great hope): that even if asexual, maybe you will fall in love (just because you are not interested in sex does not mean you cannot fall in love, have romantic and/or intimate and/or special feelings for a person or persons, and want to have children with her).

When that happens, when your problem with your erection becomes focused on a particular person, perhaps your penis will erect… because it feels (yes, I believe penises have feelings) there is someone he can shower his feelings – and semen—on.