Facebook Twitter Copy URL
Copied
'My uncle was recently arrested for beating up his wife, and now our family wants all of us to raise money to fund his bail'

I have a dilemma. My uncle was recently arrested for beating up his wife, and now our family wants all of us to raise money to fund his bail. I don’t want to give money because, to me, a wife beater is the scum of the earth. But my relatives say family should stick together no matter what, right or wrong. They’ve also brought in the argument that it would be the Christian thing to do.

My uncle beat up his wife with the intent of killing her (according to my relatives who witnessed it) because he found out that she has a lover. They’ve been separated for several years now but I don’t think they’ve taken any steps to legalize it or file for an annulment.

Granted, people could say it was a crime of passion and he wasn’t in the right frame of mind when he did what he did. But to me, it’s a crime nevertheless. And while I don’t condone my aunt’s decision to take on a boyfriend while still being legally married, I also don’t think she deserved to be beaten to a pulp or, had my uncle gotten his way, killed.

I feel pressured to give money because my relatives say this is what it means to be family. Also, I think they’d chastise me if I didn’t. But the thought of helping out a wife beater violates me on a personal level. I don’t have a history of abuse but I feel very strongly about this because it triggers in me feelings of injustice about how women in our culture are treated. It frustrates and infuriates me to know that in my own family, men feel entitled to hurt their wives for any infraction.

Am I wrong to dig my heels and refuse to help my uncle?

You seem to be caught between individualistic and collective views of morality. On the one hand, your uncle has committed a criminal act and should therefore pay the price; on the other, traditional Filipino family values require all family members to pull together to alleviate his plight.

What is noticeable about your account however is the absence of any collective support for your aunt (does she perhaps get different treatment because she is not a blood relative?). It seems only you have any sympathy for a woman who was “beaten to a pulp” by a man from whom she had been separated for over two years and who apparently still considers her his personal property.

This is serious enough to merit some debate with your family. At the very least you can discuss the application of kapwa and hiya to a situation like this, and gain useful insight into why your relatives think as they do. Hopefully they will also do you the courtesy of listening to your views. If upbringing and/or emotion trump reason and they label you walang kapwa-tao, their position will not change, but at least you will have tried.

As for their invocation of religion as a secondary supporting argument, I am at a loss to understand how “Christian” morality can be used in favor of your uncle. I am aware that certain churches are infamous for their use of casuistry to accommodate antediluvian thinking but this seems to be pure victim-blaming flying in the face of incontrovertible facts – or is this another version of “love the sinner, not the sin?” It shouldn’t be difficult to construct a contrary “Christian” argument in support of locking up your uncle and throwing away the key.

Bottom line: stick to your guns, though you could consider a nominal contribution of one peso to the bail fund to show your true feelings, unless this will result in an otherwise unnecessary family World War 3.

[Two Pronged] I feel guarded after escaping a bad relationship. Is it just anxiety? 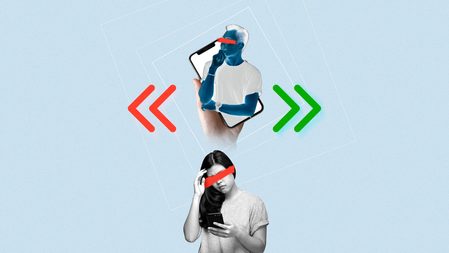 First of all, I feel you.

But who in their right mind and heart, especially now, in the 21st century, wouldn’t?

Well…your uncle and your family, for starters. Yes, you could try and convince them, even trying to have a conversation differentiating form and substance, and for you, contributing money for your uncle’s bail would be mere form and thus, you don’t want to do it. You could also have a conversation as to what family truly means.

Is your uncle’s ex-wife no longer family? If she is not, then what right did your uncle have to beat her? And if she is, well, you would much rather contribute to her legal fees, rather than his.

You can definitely try, as Mr. Baer suggests, and like him I believe it will be fruitless. Still, what right have we to feel that way? Is that not being arrogant to presume they wouldn’t listen to reason? At least, our kind of reasoning?

So yes, give it the old college try, but do not be surprised (and thus, not too upset) if this changes nothing.

So you are left with the choice: does being true to yourself and your convictions mean more than getting along with your extended family?

It is easier for me to answer that question because, being way past 60, I am even more in the que se joda! (Who cares what the f*ck they think?!!?) stage of my life.

But for you, who are young and might need to get along with family, whether for pragmatic and/or emotional reasons, the decision may not be so stark. Thus your dilemma.

I learned something this weekend from a relationship summit organized by Dr. Terry Real, indubitably one of THE best living therapists around.

I sometimes tell a client who continually rails against his/her spouse’s “despicable” habits/stances and doesn’t know if s/he should end the relationship or not: “bottom line – will the joy you will get from leaving him (and thus not be infuriated anymore) mean more than the grief you will experience when you do (and thus not experience all the meaningful and/or fun things)?”

I think, dearest AN, that is the same question you might ask yourself, and the answer will help guide you to the decision that best sits with you.