Facebook Twitter Copy URL
Copied
'He says all the women he had sex with never criticized him and told him they missed him, and that I should be like them'

I caught my husband cheating not once but many times, with many different women. I left him. But we have children (12 and 15 years old) and he begged me to try again. I am trying but I am not convinced he has stopped.

He tells me I need to move on and that I also have to respect him as a husband. This means his word is law and that I just follow. He says all the women he had sex with never criticized him and told him they missed him, and that I should be like them.

I find this hard to do. All his women were just fuck buddies. Many times he even paid for their services. That makes them nothing but whores. What should I do?

I would suggest that you have a couple of conversations, one with your husband (let’s call him Peter) and one with your children.

Peter seems to have an archaic view of his role as a husband, based on a patriarchal approach to marriage where he is your overlord and you are merely his chattel. He seems to believe that the marital vows you presumably exchanged are a buffet, and he gets to choose those parts that suit him and to discard those that don’t. In keeping with his feudal approach, he also presumes to tell you what your role should be, with a heavy emphasis on the vow of obedience.

Marriage is supposed to be about honoring each other as husband and wife for better, for worse, for richer, for poorer, in sickness and health, until death….etc. Modern marriage also tends to treat the spouses as equals, though this is by no means universal, even in so-called progressive societies.

Peter seems entirely oblivious of any need to honor you by being faithful and indeed attempts to make a virtue out of his philandering, going so far as to suggest that you should behave like his whores in order to please him, while simultaneously trying to impose his will on you by reminding you of your duty to obey.

Perhaps you should suggest to him that you would be happy to honor those vows but only if he will do so too. After all, if he refuses to respect you and the institution of marriage, why should you respect him or indeed stay with him? As it is at present, your marriage is a sham and a farce, not because of your behavior but because of his. If he won’t change, then leave again and for good.

Depending on the maturity of your children you can have some of this same conversation, adapted to be age-appropriate, with them too. You should want them to understand what a true marriage is like so that they can strive to achieve one themselves when their time comes. You also want them to learn how to react when one party sabotages the marriage both by attitude and by behavior.

Remaining in a tainted relationship and tolerating abusive behavior which demeans you is scarcely setting a brilliant example to your children, unless what you want them to learn is that marriage vows don’t count for husbands and that there is little difference between a wife and a martyr!

[Two Pronged] After an affair Thank you very much for your letter.  I believe I am stuck. There is nothing else I can add to Mr. Baer’s answer, to make it clearer or more palatable.

So, perhaps you will forgive me if I write something that seems merely a tangential answer to your situation, but in truth is crucial, or even vital.

Vital in the sense of the oft-quoted comparison between statistics and bikinis, the most popular from business professor and economist Aaron Levenstein: “Statistics are like bikinis. What they reveal is suggestive, but what they conceal is vital.”

I agree with Mr. Baer that leaving your husband seems the wisest option. For me, the most important reason is not because he seems unaware of his contribution to the state of your marriage (and thus is unlikely to change or even want to).

Leaving him seems the wisest option because of what it has done to you…and will probably continue to do.

You do not seem to be the kind of person who judges others unfairly. Neither do you seem nasty or mata pobre (someone who looks down on people who need to work for a living).

However, when you write: “Many times he even paid for their services. That makes them nothing but whores,” it is fairly clear you think them less than you are.

While aware that the above is a mere hypothesis, I feel the reason you have judged them harshly is because your husband demands you be more like them.  Who wouldn’t be pissed off at such a suggestion? It seems your husband is more to blame than any of the women he slept with.

There are many feminists who dislike the word prostitute, suggesting the more accurate term is prostituted women: women who would not sell their bodies if they had other options.

True, there are some women who choose to be prostitutes, but there are many others – perhaps many that your husband slept with – who are forced into it.

If remaining with your husband means you will be reduced to a bitter woman who sees all women as rivals for his self-absorbed attention, then leaving him is, in my personal opinion, a better choice. A far better choice than staying with a man who, instead of inspiring you to be a better person, drags you down to his level.

You may disagree with me (and I know many will) but if I have helped you think about this paradigm, I feel I will have done my job.

Please send any comments, questions, or requests for advice to twopronged@rappler.com

[Two Pronged] I cheated. Should I work on my relationship or let it go? 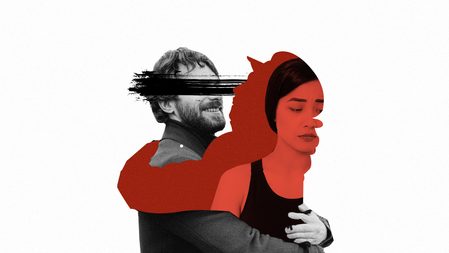