MANILA, Philippines – The 31st ASEAN Summit has officially come to an end and amid the inevitable glamour that ensues when the world’s most powerful leaders come together, President Rodrigo Duterte’s longtime partner Honeylet Avanceña was a picture of unruffled simplicity.

During the 3-day summit, Honeylet performed hosting duties, attending important events such as the opening rites, and the gala dinner. She also hosted the ASEAN Summit spouses program.

Honeylet chose a simple, sophisticated look for the opening rites. She wore a light pink knee-length dress with a blazer in the same color, embroidered with white floral appliques. 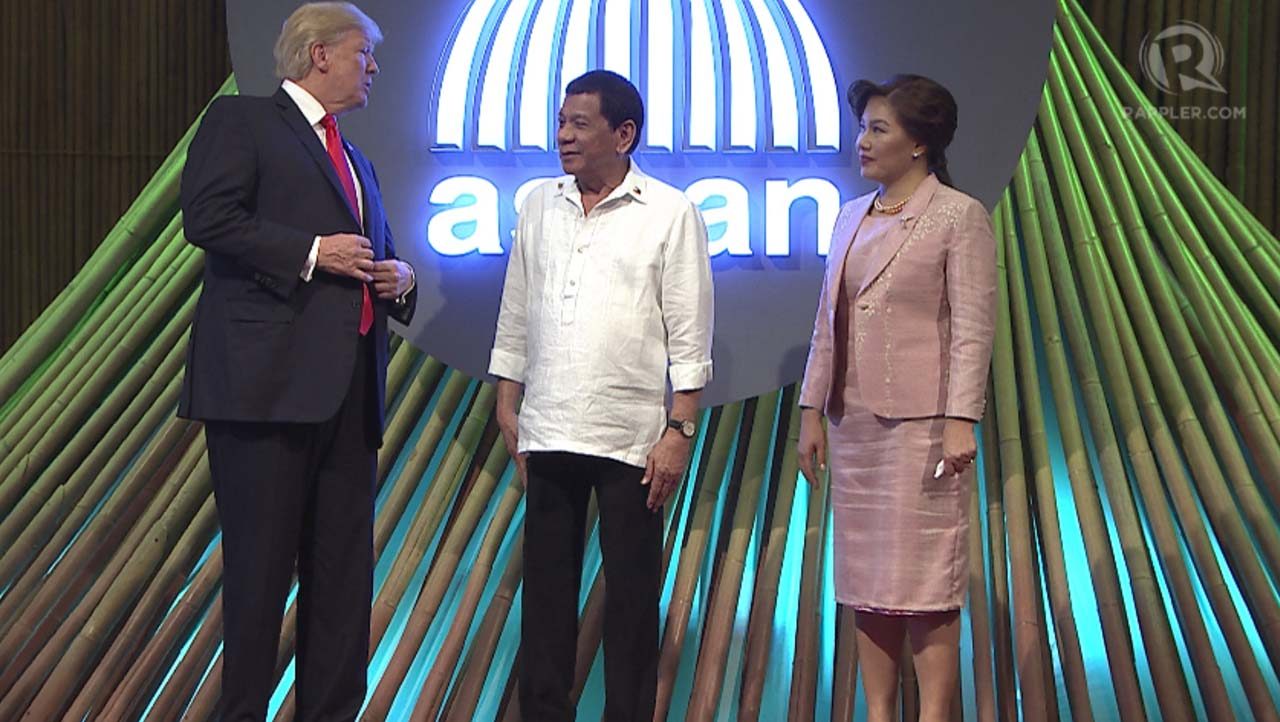 It’s a silhouette that Honeylet seems to favor – in April, she wore a black knee-length dress and dark green blazer to welcome regional leaders at the 30th ASEAN Summit.

This year, she accessorized with a first lady staple look: a two-strand pearl necklace and wore her hair in a simple low ponytail and sweeping bangs.

Honeylet, who is known for reusing her outfits, as she did for the President’s State of the Nation Address earlier this year, wore the same pink ensemble to the ASEAN Summit spouses program, during which she toured the spouses of ASEAN leaders around the CCP, and hosted a 4-course lunch for them at the Manila Hotel.

Honeylet changed into more formal attire for the gala dinner. She opted for a terno in a dark silver printed fabric, with intricate beadwork on the butterfly sleeves and bodice. She maintained her swept back ‘do which worked for the simple yet elegant look. Though the designer of the gown hasn’t been named, Honeylet is known to favor Mindanao-based designers. At the 30th ASEAN Summit in April, she wore a green terno by Davao-based Aris Escarilla. It was the same gown that she chose to wear again to the SONA in July, with the designer adding colorful Maranao embroidery at the bottom. – Rappler.com