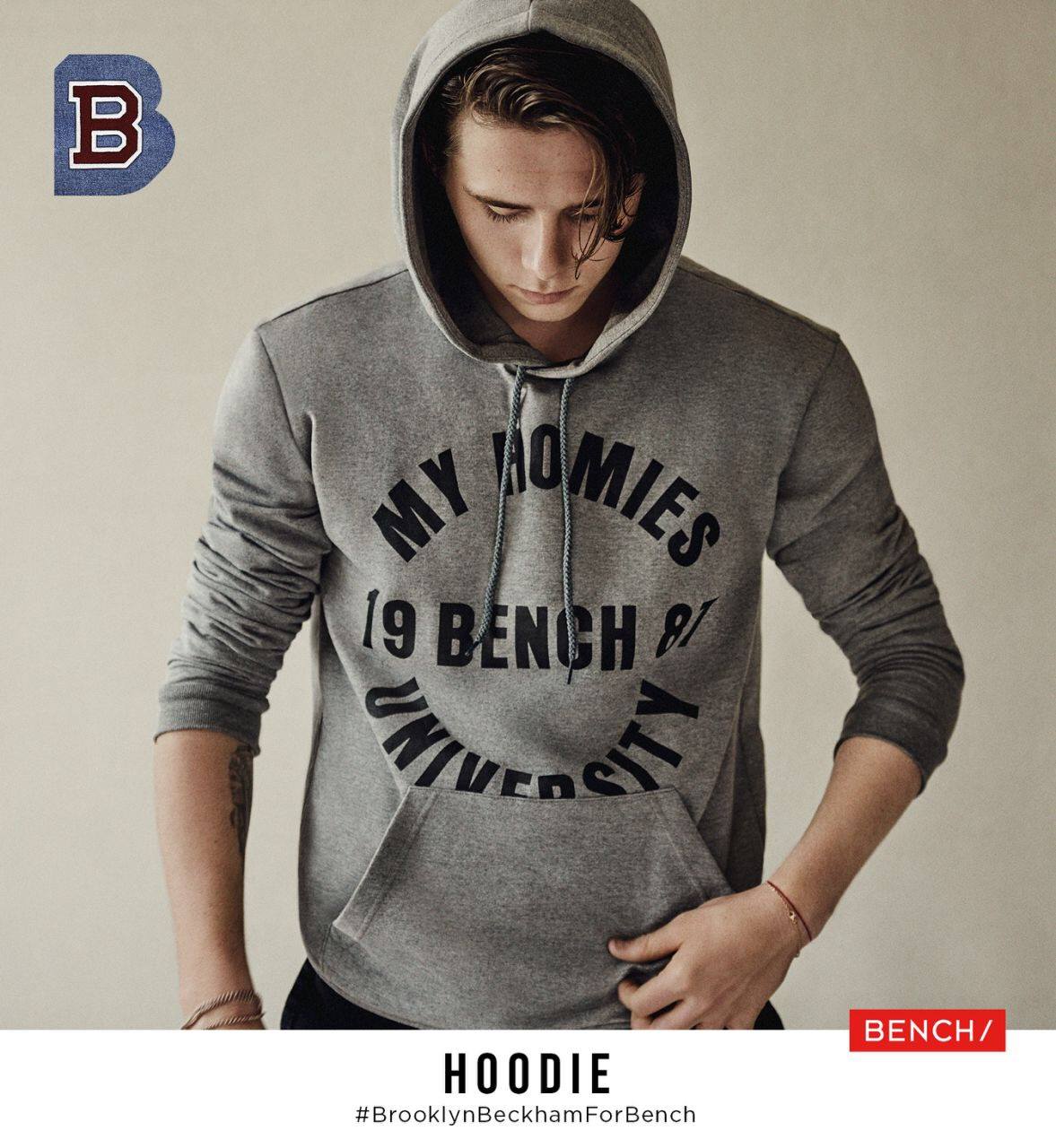 THE YOUNG BECKHAM. Brooklyn was recently revealed to be the brandu2019s latest international endorser. Photo from Facebook.

MANILA, Philippines – Brooklyn Beckham has been all over the headlines these days, most recently for showing off a new tattoo (an antique compass), and also for being named as the newest international endorser of local brand Bench.

18-year-old Brooklyn is famous for being the eldest son of football star David Beckham and fashion designer/ ex-Spice Girl Victoria. But there’s more to the teen than just his celebrity parents. Here are some facts about the rising star:

He once worked a weekend job at a London cafe

Despite living a privileged life, Brooklyn has had at least a shadow of “real world” experience. In an interview with James Corden, David shared that when his eldest son was 14 he “packed [Brooklyn] off” to a French cafe in London, where he worked a few hours a day on the weekends to earn money for new trainers and other things he wanted to buy.

Brooklyn was part of the under-16 team at Arsenal’s training academy, but was eventually released by the team who said that he had to do a lot of catching up to play at a pro level. According to Goal, he was called up to the club’s under-18 squad, but was “an unused substitute” for a game against Leicester in February 2015. Now 18, Brooklyn doesn’t seem to be showing signs of pursuing a football career, with his Instagram showing more of his interest in skateboarding and photography.

He shot a Burberry ad campaign

He just released his first photography book, What I See

In the same way that his Burberry ad campaign was slammed by pro photographers, Brooklyn’s photography book, released just this June, was not so well-received on social media.

“If thats what you see Brooklyn Beckham then I suggest you go to specsavers lad” said another user, TruthSpeaker (@TheRantingRam).

GQ’s verdict was much kinder. In their review, the British magazine said Brooklyn's book was “brilliant”.

So excited to announce my UK signing tour dates! Check out the link in my bio for more information. A post shared by bb (@brooklynbeckham) on Jun 12, 2017 at 10:12am PDT

He’s about to start university in September

According to Vogue, Brooklyn is headed to the US in September to study at a university on the east coast. While it hasn’t been confirmed by the family, Brooklyn is reportedly set to study fashion photography – which would come as no surprise considering his resume so far. – Rappler.com