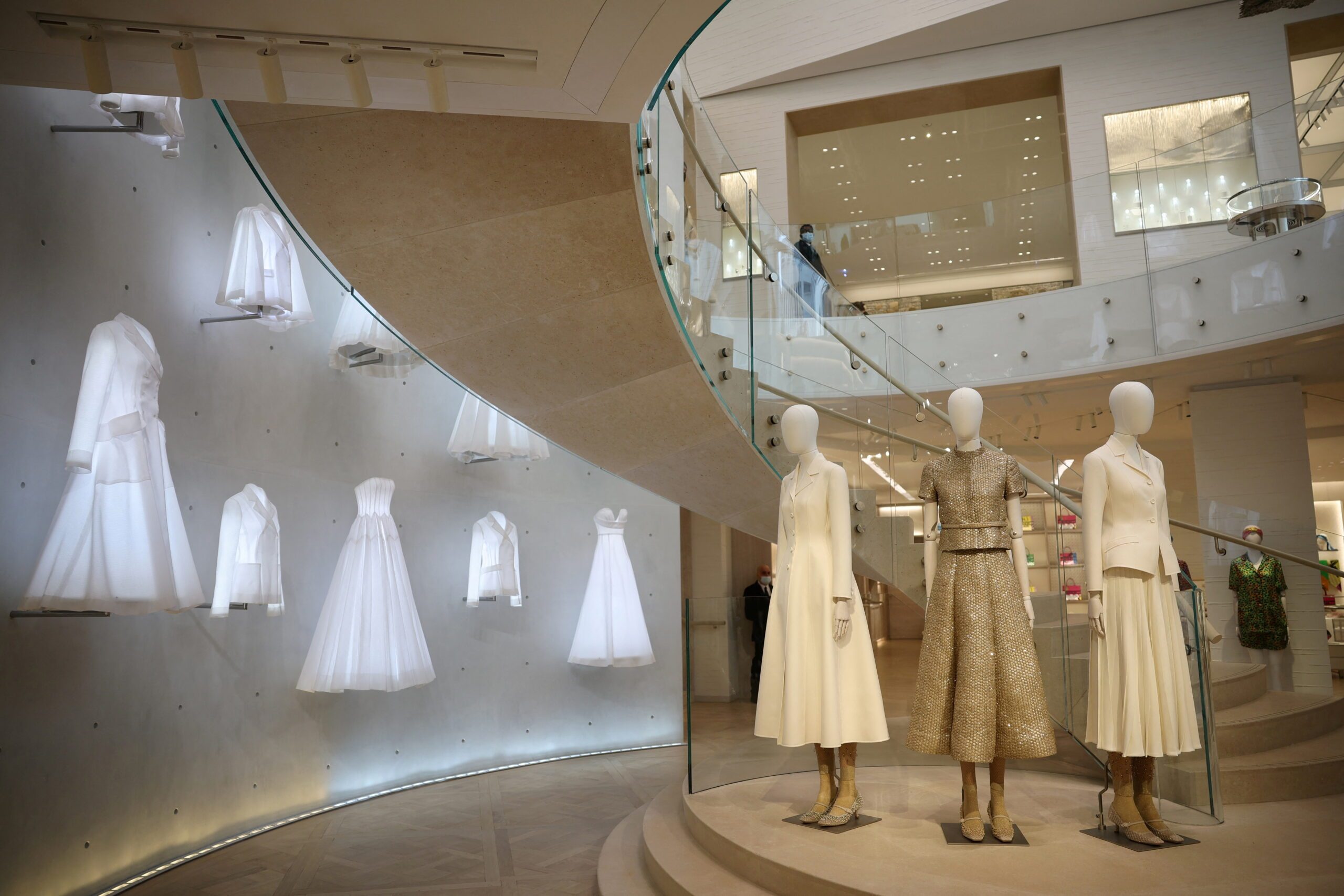 A view shows the 30 Montaigne, the original site of Christian Dior's first store, ahead of its reopening in Paris, France, March 2, 2022. Picture taken March 2, 2022.

PARIS, France – Dior is reopening its sprawling flagship store and a museum at the label’s historic Avenue Montaigne site this week after a two-year revamp, the latest in a series of hefty real estate investments from luxury conglomerate LVMH in the French capital.

The official opening of the complex, scheduled for March 6, follows on the heels of a flurry of inaugurations of new sites from the group in recent months, including a department store and two luxury hotels – the Cheval Blanc overlooking the Seine River and the Bulgari hotel on the tony Avenue George V.

LVMH has benefitted from a post-pandemic boom in demand in high-end consumption, even without the return of wealthy visitors from abroad — a key source of revenue for the industry in recent years, particularly in Europe.

“Of course we are optimistic the tourists will one day come back,” Pietro Beccari, the chairman and chief executive of Christian Dior Couture, told Reuters.

The newly expanded complex stretches over 10,000 square meters (107,640 square feet), with cafes, gardens, a restaurant, and a private apartment for overnight visits from VIP clients, in addition to floors of retail space stocked with clothing, accessories, tableware, and makeup.

Next to the store is a museum, La Galerie Dior that traces the label’s history from the 1940s, including dresses from that era, as well as the late Christian Dior’s desk and an original fitting room packed with hats, gloves, and jewelry.

The project was thought up by Beccari and LVMH head Bernard Arnault in 2018, before the label had the economic firepower for such an undertaking, Beccari said in an interview.

The executive declined to provide financial details for the project, which entailed moving historic workshops and 400 employees out of the space, and digging a second basement beneath the building.