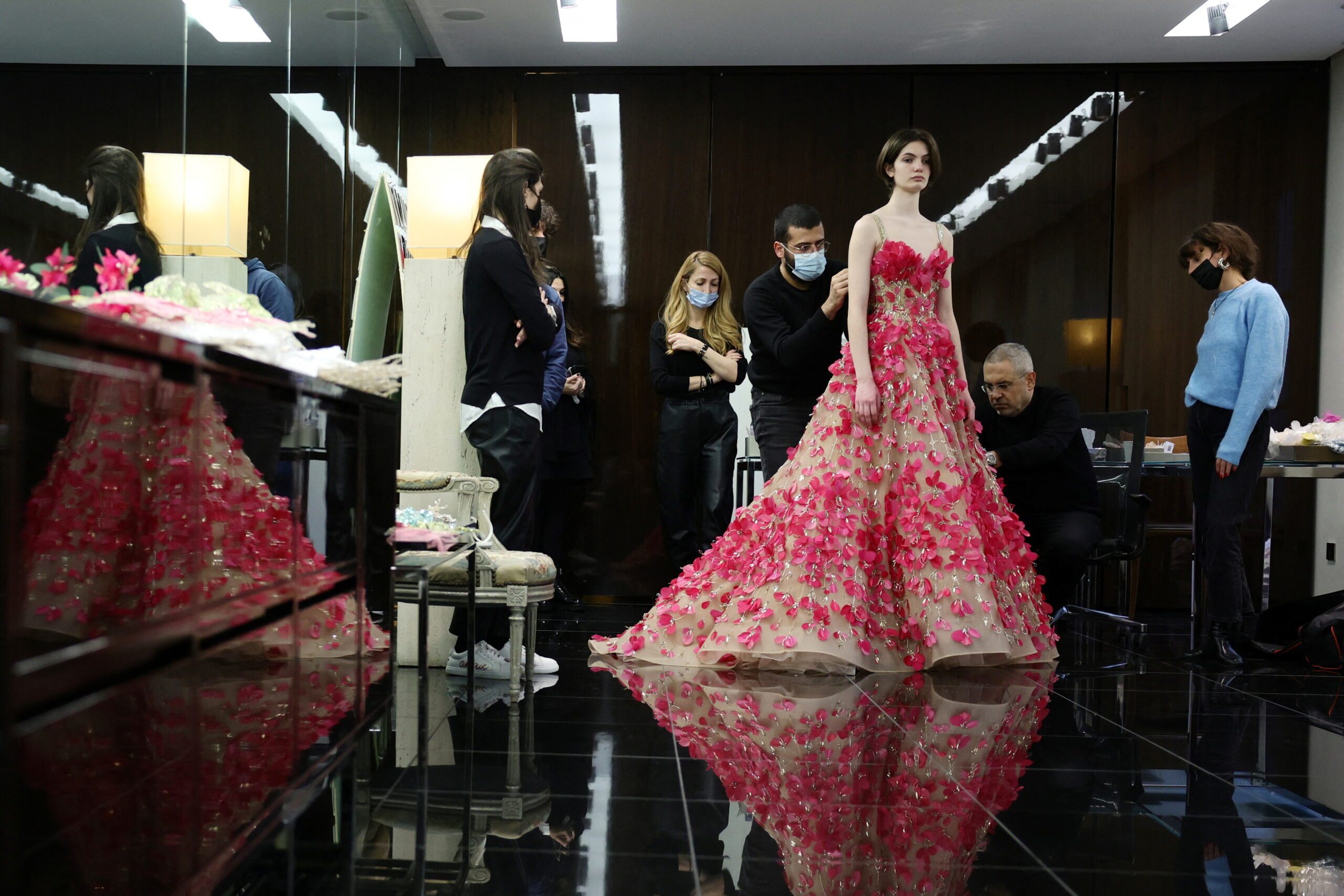 Facebook Twitter Copy URL
Copied
'I felt my clients are looking for release, they want things that are flashy, with colors,' says designer Elie Saab

PARIS, France – Lebanese fashion designer Elie Saab returned to the Paris catwalk after nearly two years, turning the page on a troubled period marked by the Beirut port blast and COVID-19, with a collection of vibrant, red carpet-ready looks.

Saab sensed a need for release, he told Reuters in an interview ahead of the show.

“I felt my clients are looking for release, they want things that are flashy, with colors, lively things – I see that this period has affected a lot of people,” he said.

Drawing on the influence of the Mediterranean region’s colors and civilizations, the designer worked bright hues into his collection.

Models wound around the room in tulle ball gowns and capes covered in bright Bougainvillea flowers, which contrasted in texture and color with shimmery blue-toned dresses covered in embroidery.

Saab’s previous runway show in the French capital took place in February 2020, just before the novel coronavirus swept across the globe, halting travel and prompting lockdowns.

Weddings and awards ceremonies – key events that send clients to Saab – were cancelled for months.

Then, in August, Beirut was rocked by the explosion that killed more than 200 people, wounded thousands and laid waste to entire neighborhoods.

The offices of Saab’s namesake label were badly damaged, as was his home, its arches and marbled columns covered with dust and rubble.

“Thank God, no one died – we were blessed,” Saab said, noting they were able to quickly return to the offices in the weeks that followed.

Work continued on his home, however.

“There’s still my house – that was destroyed as well – we are still finishing the works,” said the designer, who founded his label in 1982, at the height of the country’s 1975-1990 civil war.

“We, Lebanese, when we go through difficult times – each time we experience difficult times, we transform the challenge into something better. There’s no other country that has had so many problems,” he said. – Rappler.com