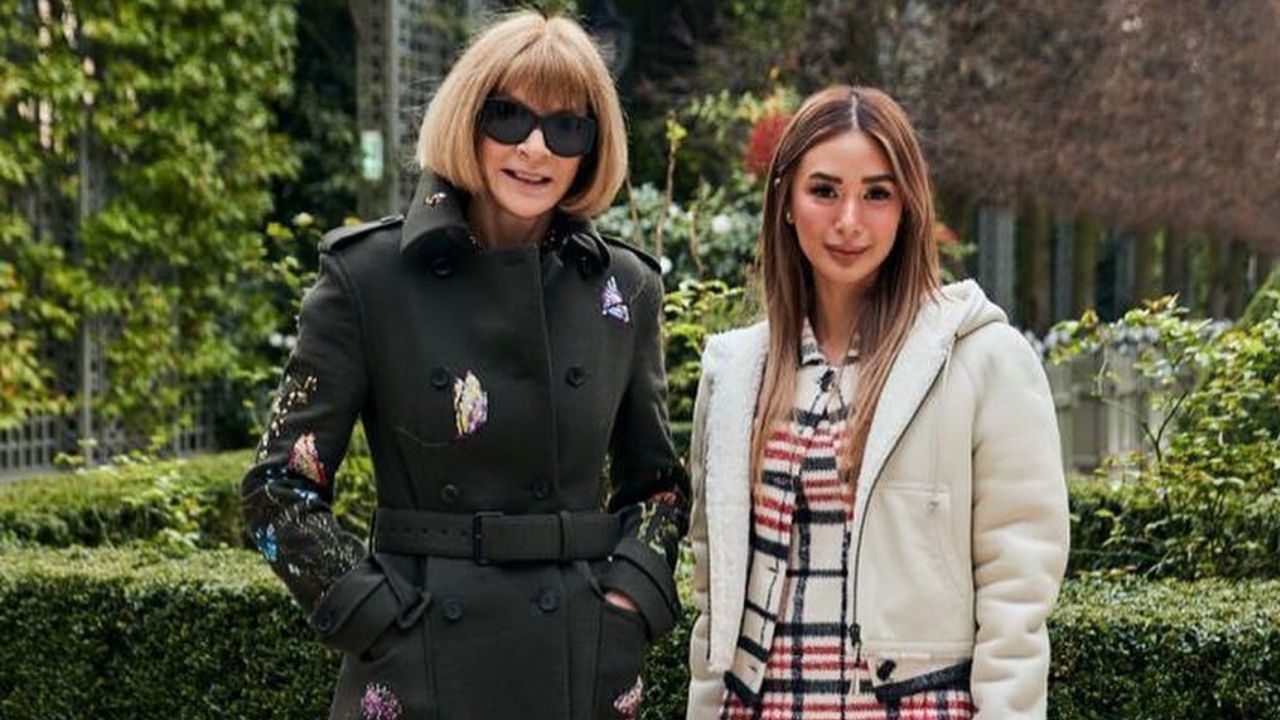 MANILA, Philippines – Heart Evangelista met up with Vogue Editor-in-Chief Anna Wintour in Paris, where she is currently staying for Paris Fashion Week.

On Instagram, Heart shared photos of her with Anna and British Vogue Editor-in-Chief Edward Enninful. In the caption, she said she had breakfast with the two editors, and described it as “a wonderful way to start my day!”

The breakfast was hosted by Vogue Magazine for its Vogue 100 – a list of influencers and creatives selected and featured by the magazine.

The actress and fashion icon flew to Paris earlier in the week, and has since attended shows by Dior and Isabel Marant. – Rappler.com