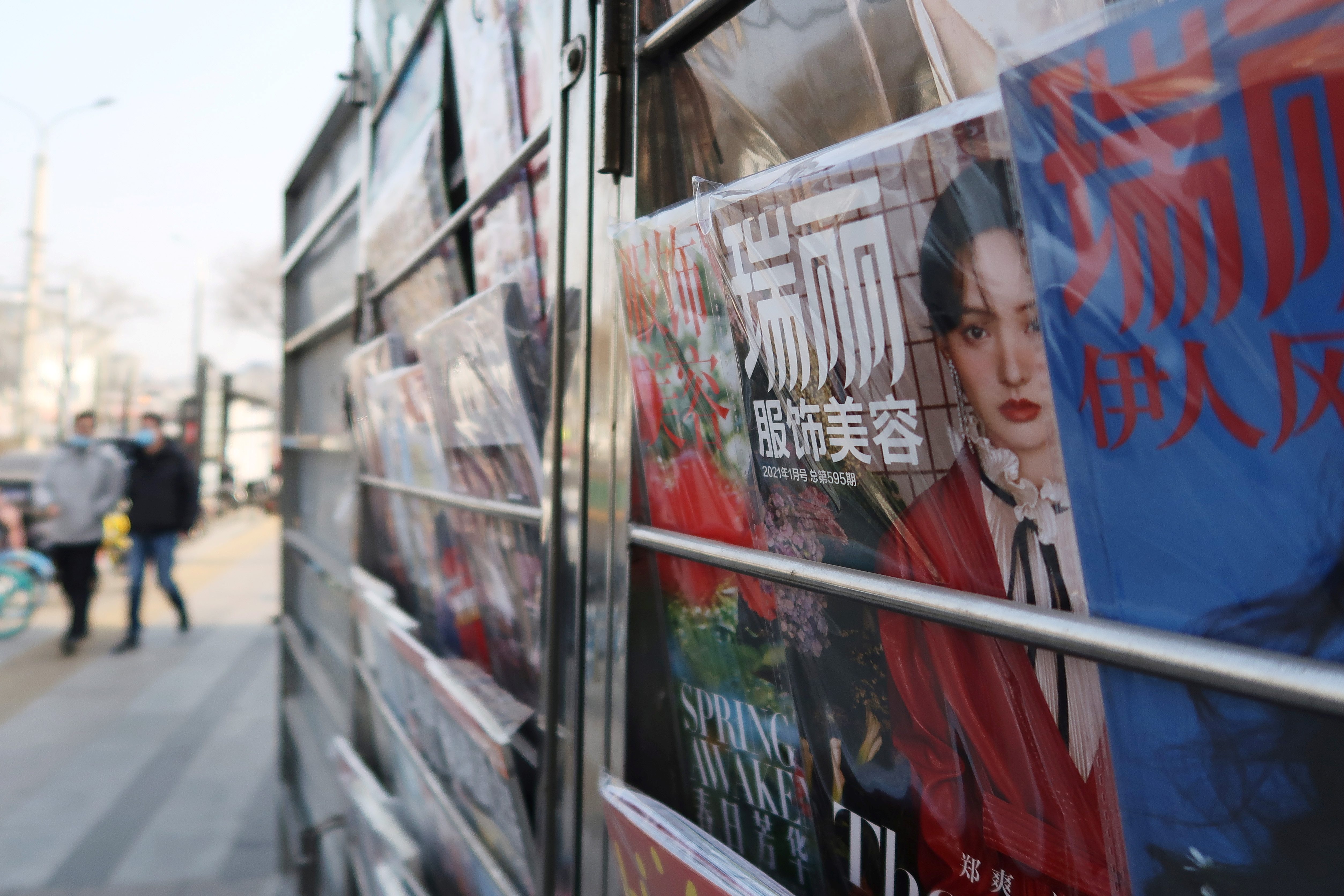 Chinese actress Zheng Shuang is seen on a cover of a fashion magazine at a newsstand in Beijing, China, January 20, 2021.

Italian luxury label Prada has ended all cooperation with Chinese actress Zheng Shuang, a week after appointing her as a brand ambassador after she was engulfed in a surrogacy controversy that has enthralled the Chinese public.

Prada made the announcement late on Tuesday, January 19 after coming under heavy criticism on Chinese social media for cooperating with 30-year-old Zheng, whose former partner Zhang Heng has accused her of trying to abandon two young children the couple had through a US-based surrogate.

It is the latest global brand to succumb to public pressure in China, where customers have become increasingly vocal about their expectations for the behavior of companies and celebrities, especially foreign ones.

“The Prada Group has terminated all cooperation with Ms. Zheng Shuang,” the company said on its official Weibo account, without providing further details.

Prada did not respond to Reuters queries on Wednesday. Zheng and Zhang also did not answer Reuters’ requests for comment.

China has become an increasingly important market for luxury labels during the global pandemic and its shoppers are expected to account for around half of all global spending on high-end brands in 2020, up from 37% in 2019, according to McKinsey & Company.

Prada has said the group’s China sales jumped 60% in June and 66% in July. “The hit to Prada’s image is huge,” said Huang Shengming, professor of the Communication University of China in Beijing.

“Their decision to stop working with Zheng is an effort to cut their losses and it’s the right move.”

The controversy erupted on Monday after Zheng’s former partner Zhang Heng said on social media that the couple had turned to a surrogate to birth two children in the United States and released voice recordings of a woman he said was Zheng lamenting that the children could not be aborted.

Zhang said he was stranded in the United States because he had to take care of the two children born in 2019 and 2020.

Zheng quickly became the target of public criticism, with Weibo users calling her “irresponsible” and “vicious”. The controversy has over the past three days been a top trending item on the Twitter-like site, with 600 million views and more than 100,000 comments.

Thousands of users also left comments on Prada’s Weibo account to question and ridicule the brand for hiring her.

On Tuesday, the actress said on her Weibo account that she had not violated laws in either China or the United States but did not comment on whether any of the accusations were true.

“It’s a very sad and private matter for me,” she said.

Surrogacy is forbidden in China but going abroad to have surrogate children in countries such as the United States has increasingly become an option for some Chinese couples, especially wealthy ones.

Chinese state media have weighed in on the Zheng controversy. Changan Sword, an online media site backed by the Central Political and Legal Affairs Commission, criticized her for taking advantage of the law and “corrupting human ethics”. – Rappler.com

LOOK: ‘Love In The Air’ cast coming to Manila