MANILA, Philippines – As part of its efforts to get people to explore the city and its landmarks, Quezon City launched on Monday, September 5, a new tourism campaign, complete with a slogan, website, and activity maps.

Meanwhile, lists of things to do in QC are available on the website QCTourism.net and on printed activity maps.

At the September 5 launch, a few copies of an activity map, under the “Learn” category were handed out, though all maps will be unveiled at the 3rd Global Mayoral Forum, which Quezon City is hosting for the first time on September 29 to October 1.

The “Learn” map features 16 tourist spots in QC, including the QCX interactive museum, the Ninoy Aquino monument, and the Ateneo Art Gallery.

The Global Mayoral Forum will have 100 foreign delegates, including mayors and leaders from the tops cities in the world.

Quezon City has been investing in their tourism recently, through initiatives like the QCX interactive museum and the annual QC Food Festival along Maginhawa Street.

Bautista says his plans for QC’s tourism has been fashioned after what he’s observed in his visits to other countries, including Singapore and Switzerland.

“We know that Quezon City doesn’t have much resources – we don’t have mountains, we don’t have beaches… In the series of conferences that I’ve attended to, on various topics, whether it’s on health or disaster management, or on the environment, I always make it a point to ask, ‘What makes that particular place or country viable for tourism?'”

Bautista, who was inspired by Singapore and Switzerland, plans on investing in more greenery, improving street signs and lane markings, and having a “history trail” – marked out landmarks that tourists can follow to explore the city.

The mayor has also given instructions to the city council to approve an Urban Design Ordinance to “define” several areas in QC, through projects like restoring and repurposing old buildings.

Quezon City is also set to host the Metro Manila Tourism Summit on October 17 to 18. 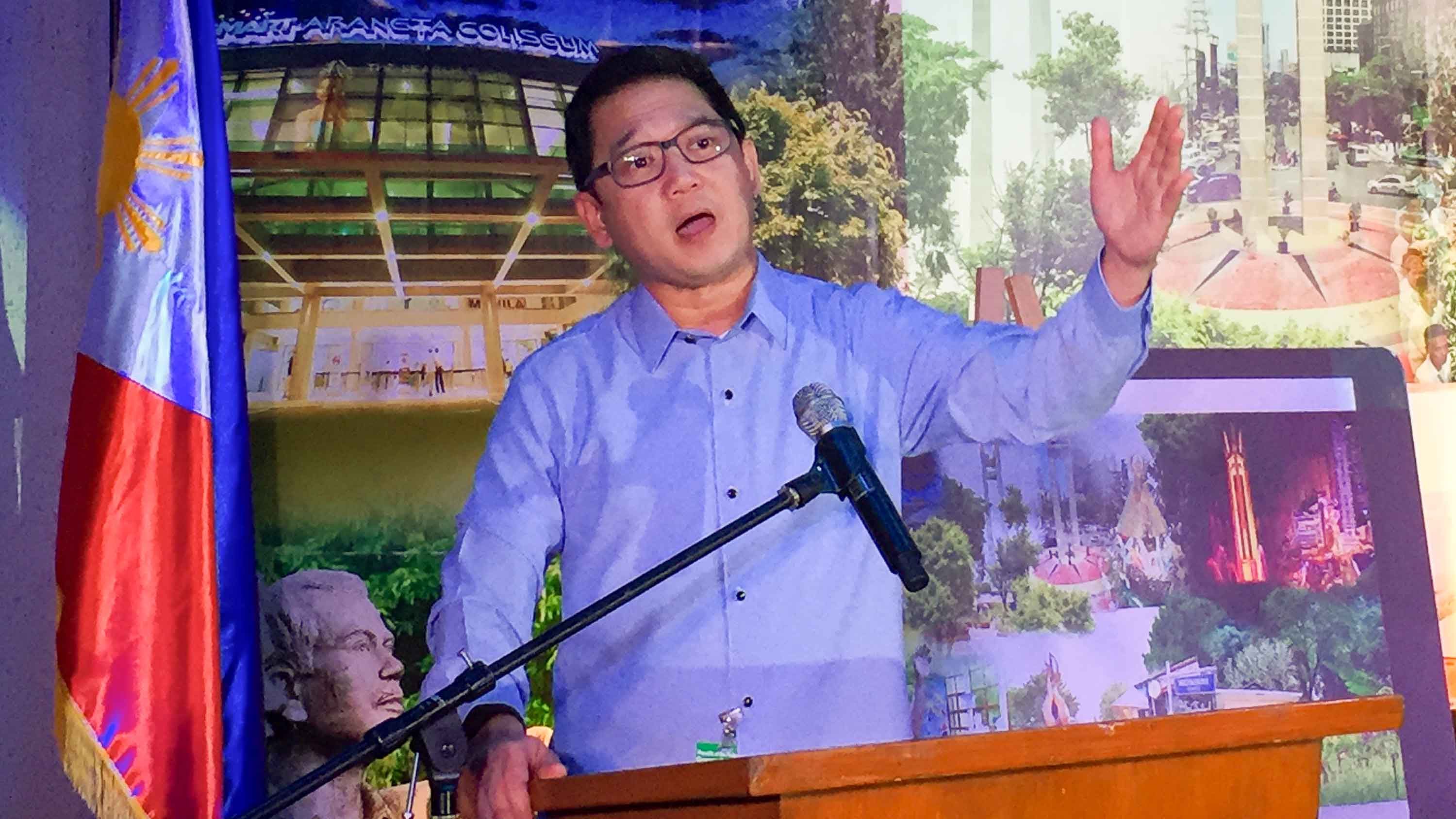 When asked about the safety in the city, Bautista told Rappler in an interview after the launch that there have been efforts into keeping tourists and visitors secure, like investments into CCTV cameras, and in the future, better lighting and parking spaces.

The areas Bautista mentioned are among the most crowded in the city, with their many malls, restaurants, theaters, and events. Katipunan, a large main road, is also home to many schools, including the University of the Philippines and Ateneo de Manila University.

The areas have had their fair share of crime and accidents in the past.

Herbert Bautista and his brother Hero were recently on the receiving end of a number of complaints from the Volunteers Against Crime and Corruption (VACC), including dishonesty and negligence. This, after Hero tested positive for marijuana and shabu (methamphetamine hydrochloride) in a voluntary drug test

In a statement sent from Switzerland a day after the complaints were filed, Herbert said that he is not and will never be involved in the illegal drug trade. – Rappler.com

Heading to Quezon City? Check out these Agoda coupons to get the best travel deals.