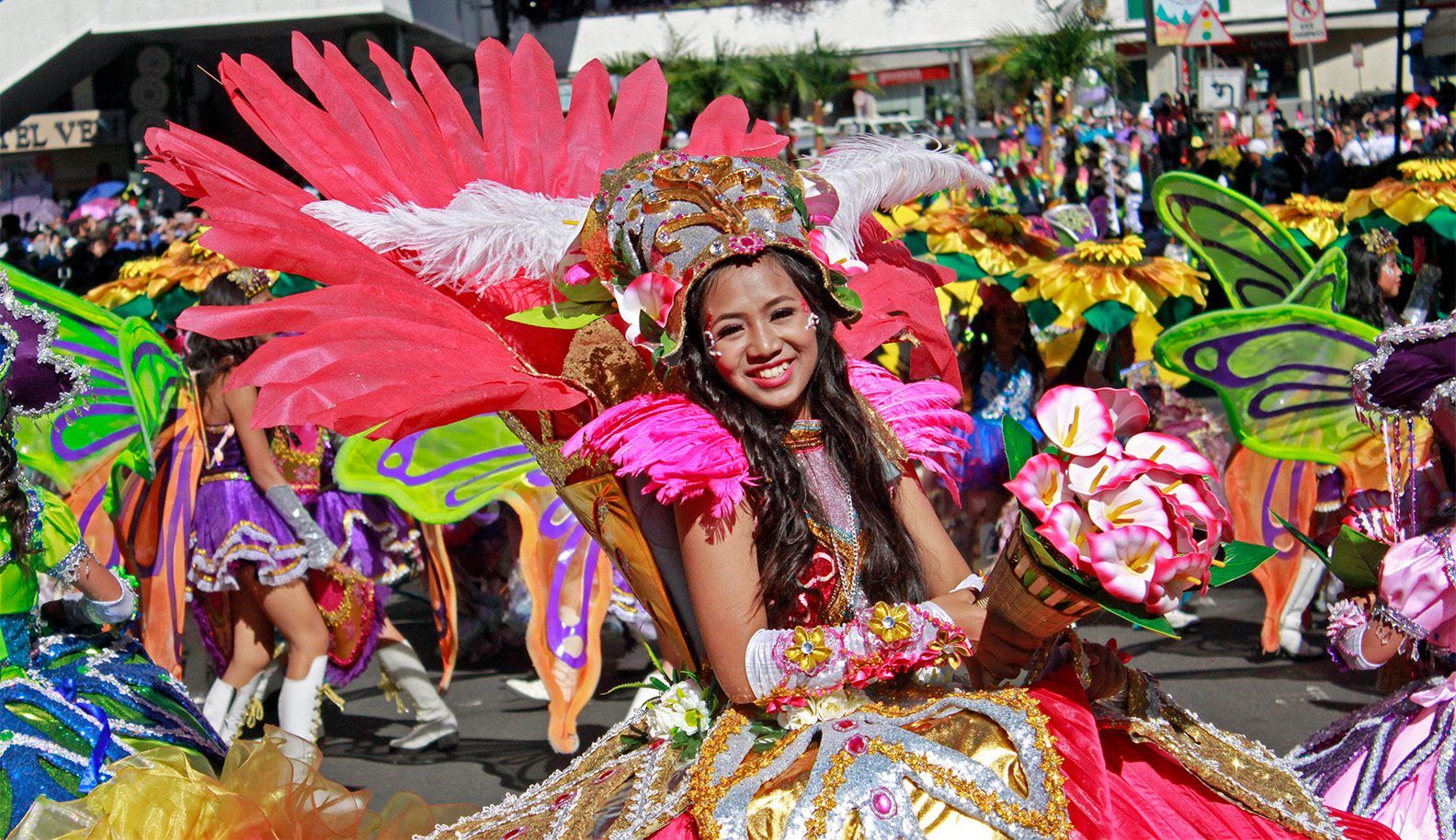 BAGUIO CITY – It’s that time of the year again when tourists and locals brave the chill, and come together to celebrate the Panagbenga Flower Festival.

One of the highlights of the festival is the Grand Street Dance Parade, held on Saturday, February 25. The parade started from Panagbenga Park and ended at the Athletic Bowl in Burnham Park.

This year, 3 divisions were open for competition, where young participants demonstrated cultural dances and boasted floral-themed costumes made of recyced materials. The High School Division was open for the first time, with 4 entries. Nine entries competed in the Elementary Division, and 8 in the Open Division, which was composed of non-Baguio based organizations or schools. This year’s theme is “Inspired by Beauty, Nurtured by Nature.” “Panagbenga” is translated directly as “season of blooming,” and defines Baguio’s identity as a space and city. The activities run the gamut of Cordilleran local color – the vibrant flowers, the ebullient dances, and the elaborate hand-made costumes. Most performances this year tackled the theme as a collaboration between man and nature. Mary Ann Poyaoan of Baguio City National High School, shared that their presentation is inspired by the “bulol,” the Ifugao rice god, depicted in Cordilleran woodcarving art as the seated man with his hands rested on his knees.

There are interesting stories among this year’s Open Division participants. Barangay Madaymen performers from Kibungan, Benguet – who were in the news recently for their frost-covered crops due to the temperature drop – depicted exactly that, as explained by their team member Zel Pasigundo: “We wanted to show the vegetables that come only from our land.”

Other performances featured the Kalinga courtship dance, drum and lyre renditions of famous pop songs, and other Cordilleran dances. 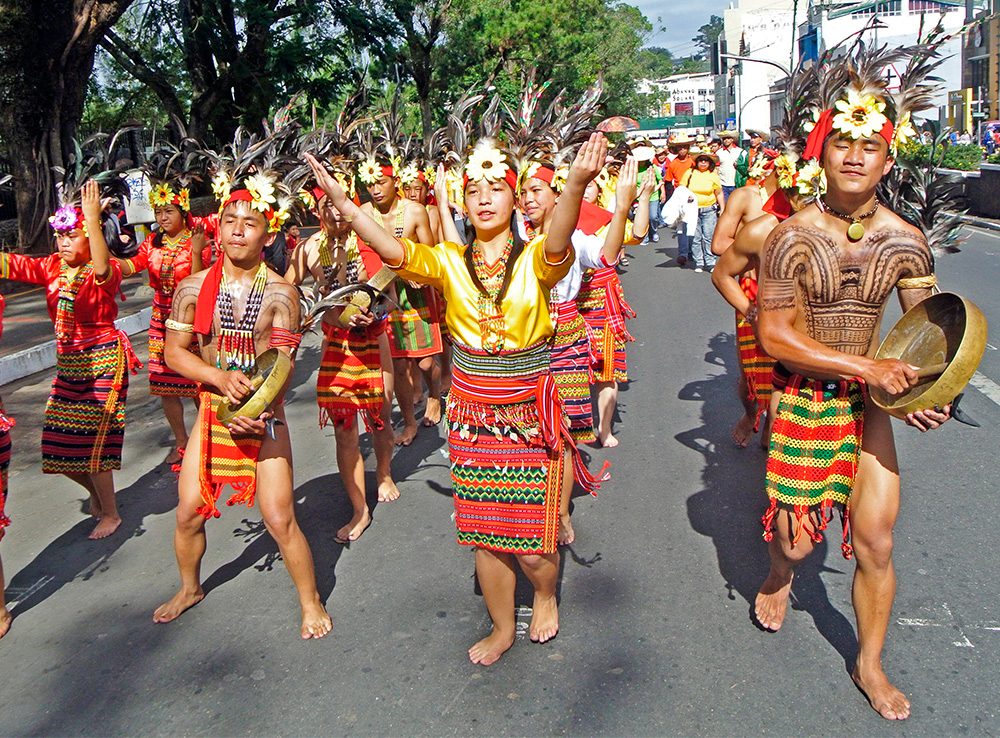 Tomorrow’s Grand Flower Float Parade is expected to lure a bigger crowd. Flowers and other organic-materials decked floats will be riding down Session Road, with some television personalities. – With reports from Mauricio Victa/Rappler.com