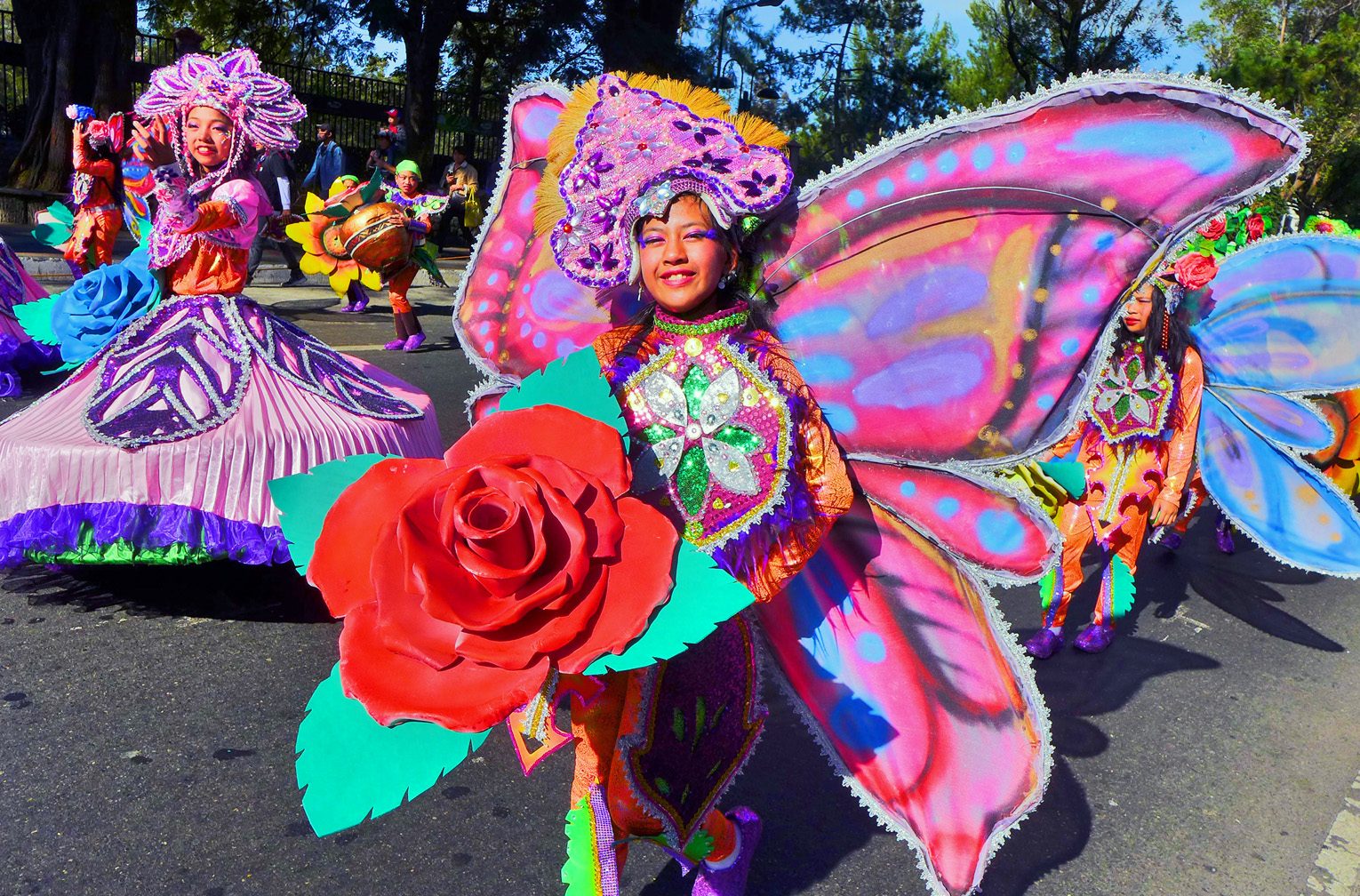 Apolinario Mabini ES depicted their love for the festival and Baguio’s beauty by using the rose – the floral symbol of love, and also used to convey respect, admiration, devotion, purity, chastity, and innocence. It’s its drum and lyre accompaniment serenaded the audience with a mash-up of OPM love songs and the Panagbenga hymn.

Tuba Central School’s dance presentation interpreted “Lotus Flower,” which they chose because of the flower’s fascinating will to live and how it symbolizes spiritual enlightenment and rebirth. “Like the lotus, may we live life with unwavering faith, as the flower does, ensures the most revivals,” they said as they described their performance.

Jose P. Laurel ES called their presentation “Sustaining Baguio City as a haven and living paradise of the North.” They used the spectral colors of red, orange, blue, green, and yellow which are the dominant colors of the flower birds of paradise.

The performers’ dresses were patterned after their featured flower, while the props were made of recycled insulators, plastic bottles, and duct tape. They danced to the music of “It’s more fun in the Philippines” to highlight the ever-blooming tourist industry of the city.

The Manuel L. Quezon ES presented “the Stargazers Panagbenga Thanksgiving Dance.” They said the stargazer lily is a potent symbol because of its intense color and attractive shape when it blooms. Their performers danced to the music of a Cordillera folk song called “Nan layad, o naranyag a bulan” and the Panagbenga tribute song. All 7 contingents will perform and compete during the grand street dancing parade on  March 2 and  for the float parade on March 3.

Here are other photos of the spectacular parade. All photos by Mau Victa