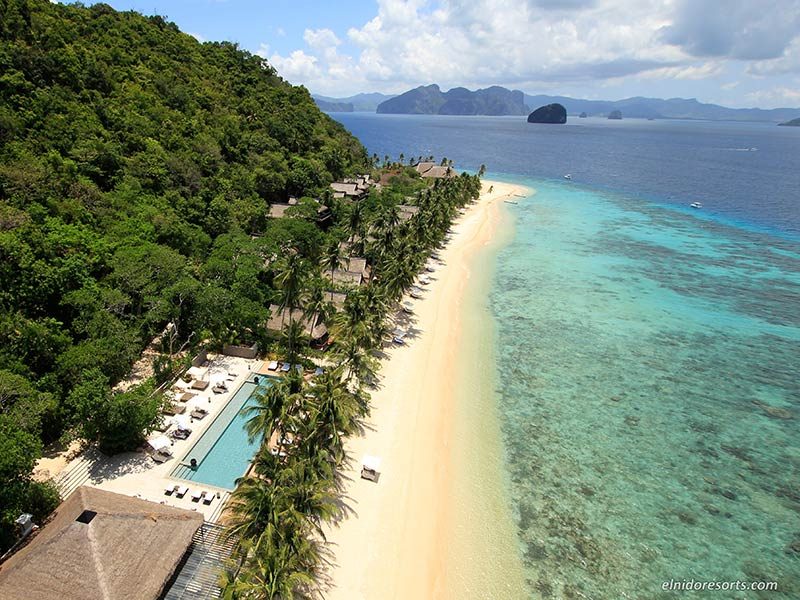 MANILA, Philippines – The Philippines’ El Nido Resorts has won the “Asia’s Responsible Tourism” Award in the 2014 World Travel Awards. The awarding ceremony was held October 10 at The Oberoi in New Delhi, India.

El Nido Resorts bested the following nominees in the category: El Nido Resorts, of the Ten Knots Group, has 4 properties in Palawan: Miniloc, Lagen and Pangulasian Islands in El Nido, and Apulit Island in Taytay. According to the press release, “All of these island resorts allow the guests to appreciate the natural beauty of the locations, and are testament to the group’s commitment to sustainable practices.”

According to its website, El Nido Resorts places great importance on sustainability – for example, ensuring that raw sewage water is not discharged into the sea via a sewage treatment plan, strict segregation of wastes, storing of rainwater with use of water-saving devices, and a complete plan for energy conservation.

The website also says that activities that do not wreak havoc on the environment are offered to the guests – for example, motorized equipment and jet skis are not allowed. El Nido Resorts also began using “eco-friendly boat engines” in 2006.

Sustainability is integrated everywhere, even in the kitchen. The resort reports that it no longer purchases grouper, given the dwindlng population, for example, and about 90% of the total kitchen purchases is of locally reared livestock. The resort purchases items made by locals, supplementing the local economy.

The full list of winners in Asia can be found here.

in the Philippines category, these were the winners:

Winners were determined via voting. According to the World Travel Awards website, “the votes come from qualified executives working within travel and tourism, and the consumer travel buyer.

Votes cast by travel professionals count as two votes while the votes cast by non-industry voters count as one vote. Votes are internally audited to ensure the validity of each individual vote.”

Established in 1993, the World Travel Awards celebrates its 21st year this 2014.

This is the latest in travel distinctions for the Philippines. The Philippines recently won “Destination of the Year” at the recent TTG Awards, and the city of Vigan is a finalist in the New 7 Wonders project, with the winner to be announced in December.  – Rappler.com