Facebook Twitter Copy URL
Copied
'For three months I traveled the country in search of those hidden gems...if you haven’t been to these places yet, now is the time to discover them,' writes Philipp Dukatz

The sprawling magnificence of the white beaches of Boracay, the rolling Chocolate Hills of Bohol, and the pristine lagoons of El Nido in Palawan: these used to be the secret wonders whispered among travelers who wanted to explore the Philippines’ hidden gems. (READ: Head to ‘Borawan’ and these 5 unspoiled PH beaches)

What used to be insiders’ tips back then are world-famous tourist destinations now.

Written about prominently in guidebooks and travel articles, drawing thousands of tourists every year, they are on top of bucket lists of local and foreign travelers alike.

But with its 7,107 islands, the tropical Philippines has so much more to offer. Some of the country’s best-kept secrets can be found just around the corner, but in order to discover them, one needs to venture off the beaten track. (READ: How travel still surprises me)

For three months I traveled the country in search of those hidden gems. I found places of raw and untouched beauty, places with authentic charm and that unique type of hospitality that the Philippines is so famous for  – and that made me feel right at home.

I even found true friendship, which once again confirmed the notion that traveling is more about the experience than the place. (READ: 8 cool-weather PH destinations) Here are some of those secluded spots that I had the opportunity to explore when I was in the country: Biri Island seems like a forgotten paradise which is saturated with natural attractions. It is located about 25 km north of the island of Samar and belongs to the Balicuatro group of islands.

Its unique location is also the reason for the island’s most famous attraction – the rock formations. Monstrous waves, constantly pounding against its rocky shoreline, howling winds and the eternal movement of the tides have carved out a landscape which needs to be seen to be believed.

There are seven rock formations on Biri, namely: Caranas, Bel-at, Puhunan, Macadlaw, Magsapad, Magasang and Pinanahawan – each one of them a monument on its own, some resembling huge waves and some others delicate honeycombs. Witnessing these natural wonders, which some refer to as a result of the “battle of gods” was truly magical.

But they’re not the only reason why Biri so special. Its beaches are pristine and most of the time you have them all to yourself.

No crowds, no upscale resorts, no pushy vendors and no vehicles bigger than a tricycle – just the lullaby of the ocean as its waves gently caress the islands shoreline.

The atmosphere on the island is laid-back and relaxed. Its soothing effect is enchanting and people who come to visit find themselves slowing down almost instantly as they set foot on the island.

A usual day at Biri ends with a dazzling view of the sunset at the beach with the towering silhouettes of Mt. Bulusan and Mt. Mayon serving as glorious backdrop. A perfect roundup of your Biri Island experience. (READ: 15 stunning PH sunsets)

The name Maripipi is said to derive from two lovers, Maria and Pepe, who, according to local legend, were the first settlers on the island. Just like Biri, the island of Maripipi is not yet on many tourists’ radars, helping the island to preserve its feel and charm. Maripipi’s few towns can be described as sleepy and laid-back, with the villagers chitchatting along the island’s lone road, while kids play basketball or hide and seek.

The traffic is very light on the island, making it a haven for travelers wanting to escape the melee of the city. The island is best explored by habal-habal, the islands’ typical and main mode of transportation: a motorbike equipped with wooden planks to seat more than two passengers. The narrow circumferential coastal road will take you to the island’s main sites, always along its tranquil coastline fringed by boulder beaches and lush vegetation.

With its unique combination of impressive landscapes and the simplicity of life, the island makes it a perfect place to unwind and revive. Maripipi is also the jump-off point to another one of the Philippines’ hidden gems – Sambawan Island. Just a 20-minute boat ride away, Sambawan appears like a string of small, rocky islands. It is surrounded by a translucent blend of cerulean and turquoise waters, lined by a beach consisting of millions and millions of coral pieces.

Another side of the island, sheltered from the winds and characterized by volcanic outcrops, surprises the intrepid diver and snorkeler with a rich marine life and an abundance of colorful coral gardens. (READ: Under the PH seas) The other side of the island invites visitors to relax at the perfectly white coral beach and frolic in the waves.

The best and most rewarding part, however, is hiking up the island’s highest hill which features a small watchtower at the top. As the green cogon grass gently sways in the wind, a spectacular sight of the island’s rugged coastline and its surrounding sea will unfold in front of you.

With Maripipi and its iconic volcano of the same name in the background, it makes for remarkable scenery which some travelers have already compared to Batanes. The island is small and quiet and charms you with its unique, rugged beauty.  It provides you with that fulfilling feeling of freedom and being disconnected from the rest of the world. If you want to escape from it all, clear your mind and get back to the basics, then Sambawan is the place to go. 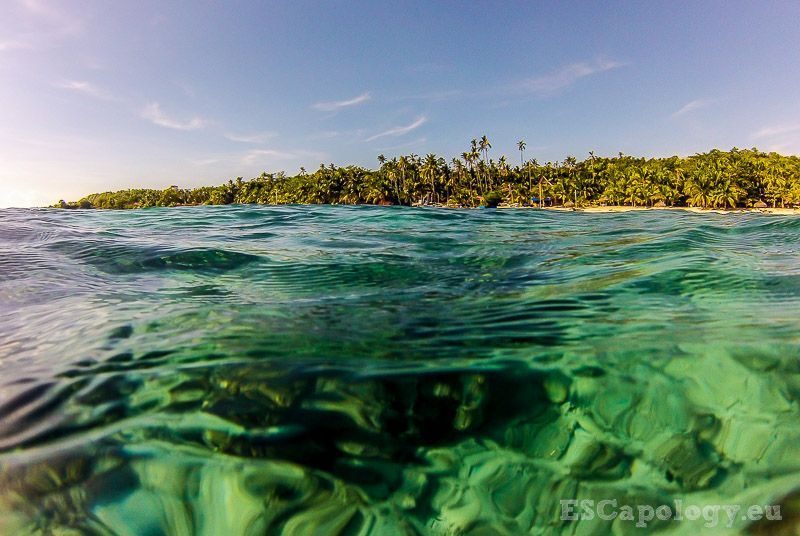 Small in size, the island of Siquijor in the Central Visayas is all the richer when it comes to history. During colonial times Siquijor was named “Isla del Fuego” due to the massive amount of fireflies illuminating the island at night.

But even more fascinating are the stories about the supernatural that surround the island. Whatever one might think about these, it could be one of the reasons why this island has preserved its atmosphere of tropical seclusion, far removed from the escalating type of tourism in other parts of the Visayan islands.

Siquijor is indeed magical and bewitching – but more due to its abundance of raw, natural beauty and its picturesque landscape. It is hard to believe that an island this small is blessed with such a variety of attractions. Beautiful beaches with the whitest sand, glistening in the sun, glassy waterfalls inviting you to take a refreshing dip, a rich and diverse underwater life ideal for snorkeling, cliff diving opportunities for the bold and so much more. (READ: 8 PH lakes to add to your travel bucket list) 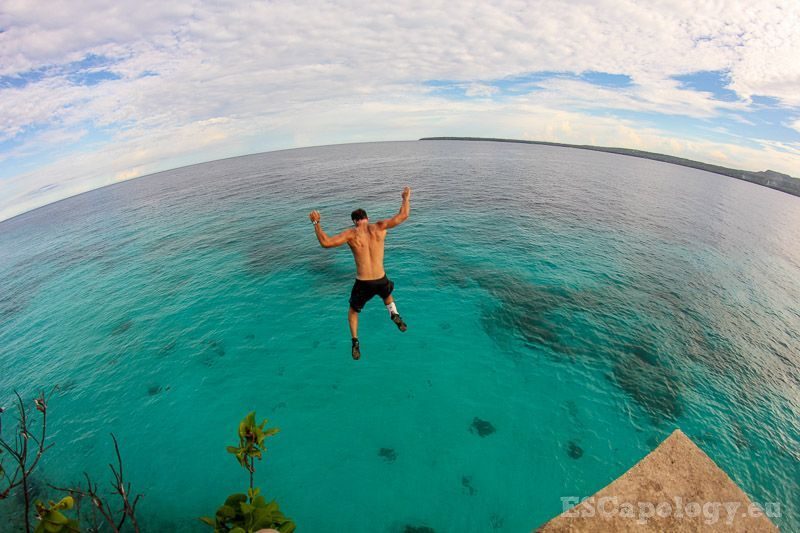 The island is best be explored by motorbike as a lot of the attractions are found along a ribbon of a road that circumvents the island.

Don’t let myths and superstition keep you from discovering this truly magical place. Rich in natural attractions, culture and with a wide range of activities waiting for you, Siquijor can easily compete with its more well-known neighbors in the Visayas. (READ: Unspoiled white beaches: Visayas)

But watch out, its charm and beauty might put you under a spell and you’ll never want to leave its shores. What are you waiting for?

Biri, Maripipi, Sambawan and Siquijor – these are just a few examples of the hidden gems the Philippine archipelago has to offer. Even if getting to these off the beaten track places might require more preparation and be a bit more demanding, the rewards will more than compensate for it. Although worthy to be visited, it doesn’t always have to be Boracay. Enjoying a beautiful place without the crowds and the furor that comes with mass tourism is a priceless luxury nowadays. (READ: Traveling 80 PH provinces: Ups, downs, discoveries)

Why not travel to a remote, off-the-beaten track destination next time you plan a trip? As more and more tourists discover the Philippines, some of these gems might not remain hidden for too long. If you haven’t been to these places yet, now is the time to discover them for a meaningful, personal journey that you will never forget. – Rappler.com 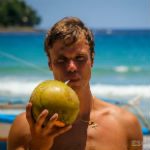 Philipp Dukatz is a writer and photographer who quit his corporate job for a year-long journey all across Southeast Asia. He spent three months extensively traveling the Philippines and wrote about it on his blog at escapology.eu. His article “Philippines – A country that has it all”, detailing his experiences and adventures in the country, recently went viral, sparking discussion among Filipinos at home and abroad. He continues advocating the Philippines as a tourist destination and is already planning his next visit. You can also get in touch via his Facebook Page and Twitter