9 spectacular places to visit in Mindanao Looking for vacation options? Baguio, Boracay, Sagada are popular destinations. But in recent years, many Filipinos have discovered a wealth of beautiful locations in Mindanao. (IN PHOTOS: Dahilayan Adventure Park, Mindanao’s playground)

Let’s take a look at a few. The Department of Tourism promotes this municipality as one of the prime eco-tourism destinations in Mindanao.  It is named after the biggest (354 hectares) of the 3 lakes of the town. (The other two lakes are named Seloton, 48 hectares, and Lahit, 24 hectares.)

Lake Sebu is often called the “Summer Capital of Southern Philippines” as its climate is pleasantly cool (due to an elevation of 1,000 meters high from sea level).  By night, the temperature gets even cooler and feels great for those who seek the feel of the fresh mountain air.

The bestselling Lonely Planet described Lake Sebu as a place located in a “bowl of forests and mountains.”  The 42,450-hectare landscape is recognized by United Nations Educational, Scientific and Cultural Organization (UNESCO) as a cultural landscape in Mindanao.

“Maragusan is a cold place just like Baguio and Tagaytay.”

“There are so many beautiful and exotic spots to visit.  There are too many I can’t say them all.”

“In the morning, it’s so cold that even cooking oil would solidify.  It’s like ice candy in the freezer.” (READ: Perfect for summer: 8 cool-weather PH destinations)

These are just some of the remarks you often hear from people who had been to Maragusan, a first class municipality in the province of Compostela Valley.

The best place to stay is at the Haven’s Peak Highland Resort, which has been featured in The Lonely Planet.  It is nestled on Tarago Hills facing the town with 208 beautifully landscaped steps leading to its tidy but beautiful lobby. This mountain resort provides sight of the picture-perfect and picturesque view of green foggy mountains appearing like a painting and like backdrop of a stage. This 87-hectare island is off the coast of Pindasan. Sea travel around the island takes about 20 minutes by motorized boat, while in-land tour takes about 45 minutes. A portion of the island encircles a seven-hectare lagoon. (READ: From Davao City, make the trip to these 8 beautiful beaches)

Actually, Kopiat Island is part of the protected area known as Mabini Protected Landscape and Seascape.  It was declared as such during the time of President Joseph Estrada and for good reason. It is a known breeding ground of marine turtles, a “protected and regulated” species.  As such, it is a good place for snorkeling and diving.

The whole island is fully planted with coconut trees.  There are also some wild fruit trees inside the heart of the island.  Since it is still undeveloped, there are no stores where you can buy soft drinks or food.  But that’s what makes the island a perfect place for adventure.

Not far from Kopiat Island is the appropriately named Lunod Island: more than half of its 17 hectares is occupied by submerged mangrove forest teeming with beautiful sea creatures. Its rich coral gardens are spawning grounds for fish, crustaceans, and other marine life. 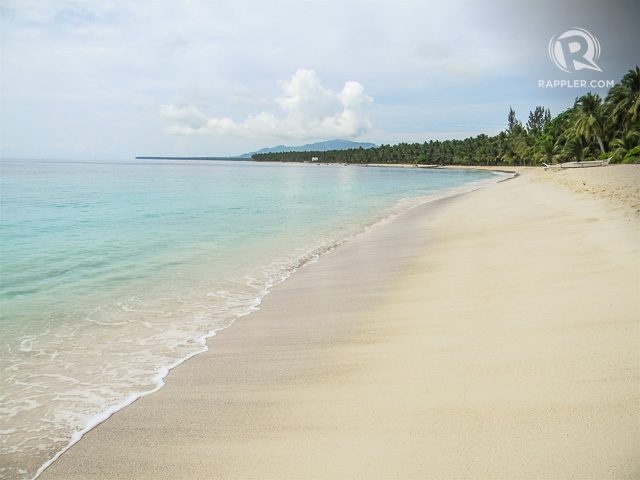 This is located some 15 minutes from the heart of the city.  A recent American visitor, who had also been to Boracay, praised the beach in these words: “I have not seen such a wonderful beach, not even in Boracay. The Dahican Beach is South Sea dream come true.” (READ: Head to ‘Borawan’ and these 5 unspoiled PH beaches)

Swimming is not the only thing you can do while you are in Dahican Beach.  If you like water adventure like skimboarding, this is the best place in Davao region.  In fact, several skimboarding competitions have been held in the place; it is being touted as the Skimboarding Capital of Mindanao.

George Plaza, whose story I featured in Reader’s Digest, is the man behind the popularity of skimboarding in Dahican.  He founded the Amihan Boys to help those out-of-school youths to do something worthwhile instead of being a problem in the barangay where they are living.  These boys can be tapped as trainers for those who want to learn skimboarding. It’s a group of islands that faces the Pacific Ocean; the islands are stunningly beautiful and will take your breath away. (READ MORE: Britania Islands, breathtaking paradise in Surigao del Sur)

Most of the islands are uninhabited with minimal or no vegetation.  But all have one thing in common: they are surrounded with crystal clear waters.

One visitor wrote in Trip Advisor: “In my opinion, the Britania Group of Islands is the next best thing to Boracay in the Philippines in terms of pristine white beaches some people at a time can enjoy. While Boracay is a popular choice (because of the night life there), this group of islands offer adventurers a real deal and one would give a true appreciation of the spectacular white beaches… In the Trip Advisor website, one tourist wrote: “I visited this place around 5 years ago and it was simply breath taking. We are the only ones there and it was simply surreal. We swam for a couple of hours and just enjoyed the water, the nature surrounding the river and the over-all tranquility of the place.”

Only discovered in recent years, the Enchanted River flows into the Philippine Sea – six meters away is the coastline of Hinatuan Bay – but no one knows where the water comes from. Is it from a spring? Does some of the water come from the sea?

Generally, most people swim in the river whose water’s shade ranges from aquamarine to blue.  When the shade is darker blue, watch out; it means the water is already very deep.  The water’s undercurrent is strong so people are advised to wear life vests even if they are very good swimmers.

Its 95-meter wide waterfall plunges 55 meters high from the top of the three-tiered cascading waters that looks like a huge white theatrical curtain. (READ: Hit the road: Cool off at these 5 PH waterfalls)

There is a bamboo raft on the side of the pool which you can ride to go near the falls.   If you have more time, you can follow the staircase located at the side of the falls.  It will bring you to the second and third levels of the waterfalls. Those who have been there say that the falls in both levels are smaller but the beauty is still incomparable due to its unique formation.

Farther from the three-tiered waterfalls, there is a smaller one located near the entrance. We saw some people swimming in the area.  Be sure to do so with caution as the stones are a little bit slippery. Once a breeding ground for Daniel Aguinaldo’s white lipped oyster, whose survival depended on the cleanest underwater environment, it is now an idyllic private resort.

One of the famous landmarks of the resort is the three-tiered Parola wharf (named after the local term for “lighthouse”), which was once a lookout post for strangers who were not welcome on the island, back in the days when it was still a pearl farm. (READ: The beautiful Island Garden City of Samal: 16 things to do)

Just off the beach resort is the Malipano Island which is the site of 7 exclusive villas. All waterfront bungalows were designed by world-renowned architect Francisco “Bobby” Mañosa, inspired by the stilt houses of the Sulu Sea using strictly native materials such as bamboo, coconut and yakal. For scuba divers, the Pearl Farm is a paradise. This natural haven offers spectacular diving amongst the huge shoals of fish and the giant taklobo clams, without the need for tedious boat rides.  Just 60 meters away from the resort are two sunken Japanese World War II ships that await discovery. The 4-hectare island is a perfect place to go this summer.  It has a beautiful view, especially the one that is facing the Pacific Ocean. It’s no wonder why the owners named it The Island Buenavista (the latter comes from two Spanish words, buena for “good” and vista for “view”).

Take refuge under the shade of coconut trees (they don’t bear nuts so you are safe wherever you go) and feel the sun-kissed cottony sands.

Heading down to Mindanao any time soon? Tag these items on your bucket list. Enjoy and #SharePH! – Rappler.com 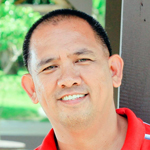