‘All is normal’: In Bhutan, bliss before and after a pandemic 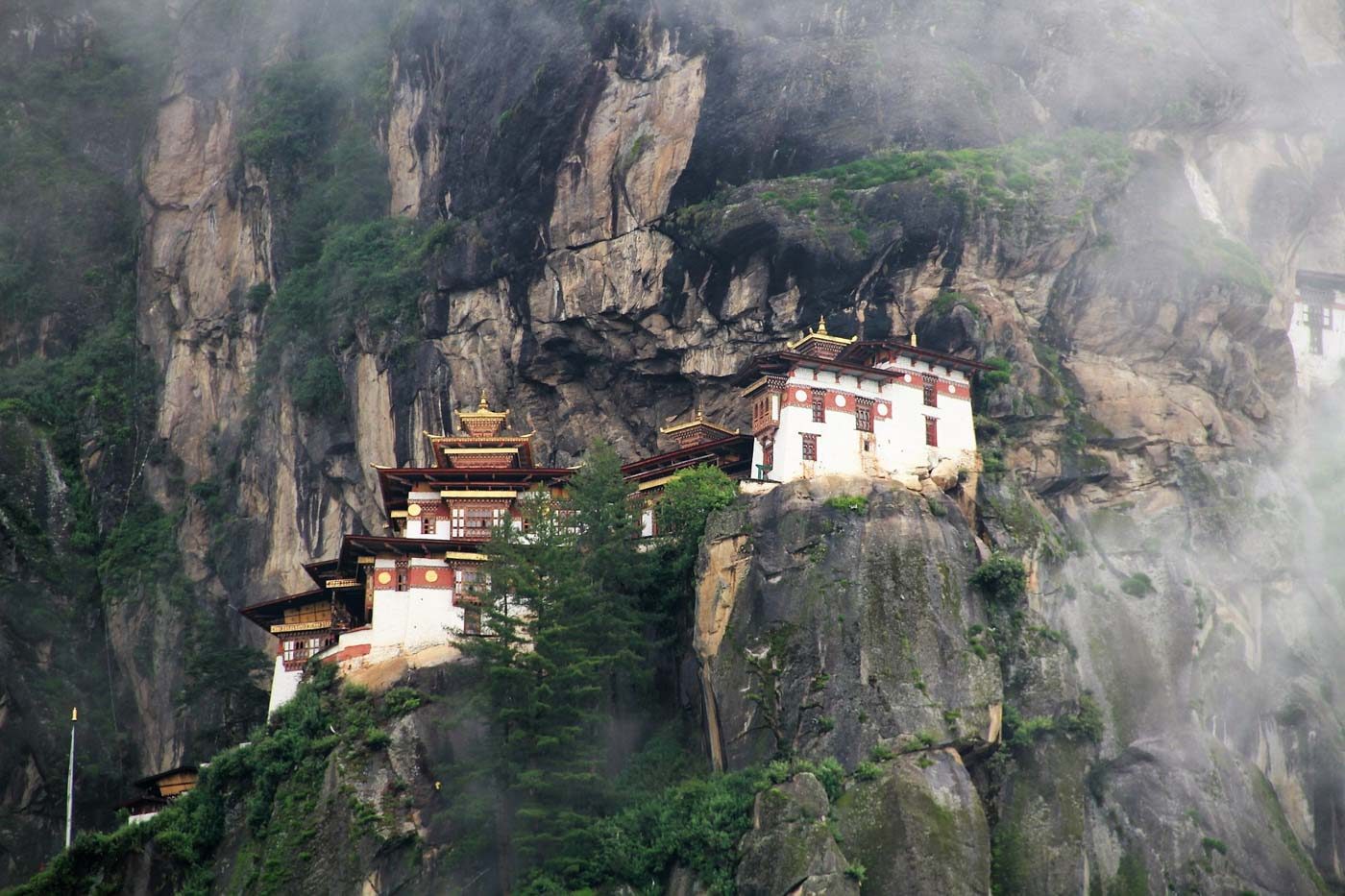 Editor’s note: This article was first published on SubSelfie.com

While the world continues to reel from the devastating effects of the coronavirus pandemic, a Himalayan monarchy is proving to be a success story in fending off the deadly virus.

With zero deaths and only six active cases to date — all of which are imported — and a record of 76 recoveries, the tiny and mystical Kingdom of Bhutan never ceases to amaze governments and institutions, visitors, and even its own residents, especially with their out of this world but well-grounded policies.

The Kingdom, which controls several key Himalayan mountain passes, is doing a phenomenal job recording no community transmission so there was no need for lockdown. The borders have been closed off from the rest of the world since March 6 but “all is normal,” as one Filipino resident in Bhutan puts it.

SubSelfie.com talked to Ilonggo visual artist Loven Ramos, one of the only 5 Filipino residents in Bhutan who consider it his second home.

“It’s a different universe out here yet it feels so much a home for anyone who comes here. It’s a place frozen in time and the mindset of the Bhutanese is radically different. Everyone still wears their traditional outfits—the gho and the kira on a daily basis,” says Loven, who recently migrated to Bhutan with his wife.

Bhutan, which translates to “Land of the Thunder Dragon,” is a landlocked territory only double the size of the Cordilleras, strategically located between Western China and India.

A quarter of the Bhutanese population, reaching around 800,000 population, live in its capital, Thimpu.

“They are more concerned about happiness and personal fulfillment rather than financial wealth, something that the rest of the world can learn from,” says Loven.

Bhutan is the birthplace of Gross National Happiness (GNH), replacing the main economic indicator Gross Domestic Product (GDP) which basically sums up the overall material production of a country. GNH questions the viability of the Western liberal capitalism and prizes the environment, culture and social well-being over GDP.

Loven made a name for himself as an artist in Cambodia. He worked there for 15 years before moving to Bhutan.

“I think it was about time to leave or else we would have never wanted to leave as we have been entrenched with the Cambodian way of life. We also had a great career opportunity in Bhutan so we took the plunge,” he recounts.

To Loven and his family, “Bhutan was a rare opportunity. The country is one of the hardest places for Filipinos (and everyone else) to come to on a whim so it was a no-brainer for us. Plus the weather is amazing all year round!”

Seventy-percent of Bhutan’s land area is covered in thick forest, surpassing the constitutional mandate to maintain at least 60 percent of its land. Bhutan is the only carbon-negative country in the world.

And with happiness as its paramount consideration, looks like Bhutan is on the right track. To give you a clearer picture, if we compute GDP per capita or the total economic output divided amongst its population, Bhutan’s will yield nearly P500,000 per year or thrice what an average Filipino makes.

Bhutan’s capital Thimpu is far from your usual cosmopolitan city and is a reflection of the kingdom’s intentional effort to preserve its culture and tradition.

Loven says of his new home, “It’s a very unique city. Small yet dynamic and it marches to the beat of its own drum. No traffic light, no Western influences of any sort and there are strict design and architectural rules in place. Imagine Vigan in a Himalayan setting!”

“The city is small and manageable so the community is very intimate and exudes the feeling of a family. It has however all the perks of a big city—from international groceries, cute corner cafes, dapper shops, old school barbers, organic delis, cobblers, street fashion bloggers and even shops dedicated to K-beauty skincare products, so it’s a comfortable place to live,” adds Loven.

As there are only five Filipinos residents in Bhutan, the expats are under the jurisdiction of the Philippine Embassy in New Delhi in India. Loven said they have a tightly knit group and they are well taken care of the embassy.

“We’ve met many Bhutanese here who actually studied in the Philippines—from UP (University of the Philippines) to AIM (Asian Institute of Management) and PWU (Philippine Women’s University), so we have this connection as well with the locals that instill us with the Filipino spirit,” says Loven.

A few things in Bhutan remind them of home every now and then:

Punakha is a beautiful valley that is only 1,250 meters above sea level so the weather is subtropical. Amazed to see mango, guava and avocado trees growing there.

Plus, there are rice terraces around. It can pass for Sagada or Banaue, but the architecture is a dead giveaway that it’s not the Philippines.

There are white sand beaches on the rivers though so at a glance it feels like home, but the waters are ice cold as they are melted glacial waters from the mountains so we can’t complete our ‘El Nido’ moments. Hahaha!

In an interview with Forbes, Bhutan Tourism Director General Dorji Dhradhul said the Kingdom is ready to accept limited visitors like it used to, once the countries lift their borders.

He says, “We fully intend to make planning travel to Bhutan easier, and the in-country experience more adjustable, by the time global travel resumes again. Of course, we have no real influence on when other countries once again open their borders for leisure travelers.

“And as Bhutan has limited international gateways (Thailand, India, Singapore, Nepal, and Bangladesh), this is something that concerns us. Already before COVID-19 stopped the world in its tracks, we were exploring additional direct connections, for example, by adding a Middle Eastern and Far East country to the mix,” the Tourism director explains.

These valleys, Loven refers to as “treasure trove of unique Himalayan culture that is almost left untouched since the 7th century so it’s traditions, architecture and landscapes are intact.”

He says, “We’ve also recently discovered other valleys like Haa and Wangdue that are so untouched by tourism and modernity. But we are yet to discover more!”

However, Loven warns the experienced travelers planning to visit Bhutan—which limits the number of visitors to keep their culture intact—that there is an expensive daily tariff the kingdom imposes on visitors who wish to come.

“It’s destination that is not for every Juan, Dick and Harry. But if you have the ways and means, do come. It’s a wonderfully special place. Bhutan will change your outlook in life,” Loven promises.  – Rappler.com

Toni Tiemsin  is the Editor-in-Chief of SubSelfie.com.

He leads the Corporate Media Influence team of Ogilvy Philippines. Previously, he was Media and Communications Officer of international NGO Save the Children, after his more than five-year stint in GMA News and Public Affairs, where he last served as Executive News Producer.

He has over 15 years experience in news media, advocacy and development communication, and brand and corporate communications. Journalism 2009, UP Diliman. Read more of his articles here. For more photos of his trips, check out his Instagram.