Facebook Twitter Copy URL
Copied
However, there are risks for both destinations and tourists in embracing this trend

Legal cannabis consumption rose in the US and Europe during the COVID pandemic, with some people turning to marijuana to help them cope with lockdowns and broken routines. Meanwhile, fewer people today view the drug as harmful compared to previous decades.

These factors may have contributed to a trend towards cannabis-related tourism, with destinations developing new holiday products to tempt customers, and rising travel bookings to destinations where cannabis is legal. But there are risks for both destinations and tourists in embracing this trend.

Work by MMGY Travel Intelligence found 29% of leisure travelers are interested in cannabis-related tourism. A study by the Dutch government revealed that 58% of international tourists choose Amsterdam in order to consume drugs. And business in Dutch coffee shops has increased since the start of the pandemic.

Nine months after Illinois legalized recreational cannabis in January 2020, nearly 30% of purchases were by non-residents. Thailand has just announced it has legalized cannabis and is hoping this will boost tourism.

The tourism sector and specific destinations have reacted quickly to the demand for cannabis, hemp, and CBD-related products by designing experiences that include those elements. They are also responding to the expected economic potential related to increased hotel occupancy, tax revenues, increased land values, business expansion, jobs, and public health and safety benefits that could be connected to cannabis sales.

Yet although tourism to other destinations with legalized cannabis is growing in popularity, data is only beginning to be collected. And so far no destination is ready to be labeled as the “next Amsterdam.” 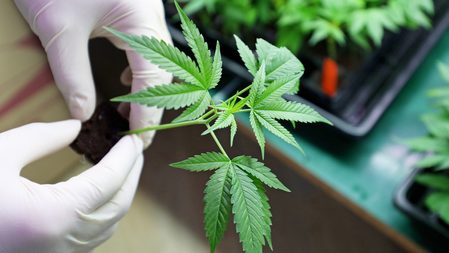 While cannabis-related travelers are believed to be high spending and well educated, authorities don’t want to replicate the Dutch model, which led to massive concentration of cannabis coffee shops in Amsterdam and raised concerns over hard drug use and criminality.

The potential for cannabis tourism is widespread around the world. More than 19 US states and Washington DC have now legalized recreational cannabis, along with Canada, Mexico, Uruguay, and others. In Europe, Luxembourg allows the consumption of personally cultivated cannabis, while Switzerland is trialing cannabis sales from pharmacies for recreational purposes.

Malaysia and Thailand have made initial steps towards legalizing recreational use. Costa Rica and Morocco have also approved legalization for medicinal purposes. However, few countries have clarified the legality of cannabis use by tourists with legislation directed at recreational use by residents. This means tourists risk breaking the law unintentionally, by interacting with street dealers and police, as well as the health implications of consuming real and fake drugs.

There is some evidence cannabis can improve some mental health conditions and provide pain relief. But tourists with pre-existing mental health disorders, for example, may risk their physical and psychological well-being. Cannabis-related mental health events including depression can also occur among those who have not been diagnosed with mental health issues.

A patchwork of complicated laws and regulations regarding recreational cannabis use by overseas tourists means questions remain about the legality of consumption, the transport of cannabis vape pens overseas, as well as issues of insurance cover and health care, during and after travel.

While Uruguay is planning to allow consumption by tourists, countries like Portugal, where cannabis has been decriminalized since 2001, still doesn’t allow them to buy it legally. In Spain, cannabis clubs allow visitors to donate to the club instead of purchasing a product. But Spain and other large markets like South Africa are focused on domestic cannabis tourism rather than international visitors.

Few countries have carried out a cost-benefit analysis around legal cannabis and tourism, or fully discussed issues of land and water use, police powers, and benefits to local communities. While cannabis tourism can generate tourism and jobs, and reduce the power of organized crime, the goal of sustainable development is threatened by theft, racism, and a market stacked against small local operators who often cannot secure funding or insurance. There are also possible increases in pollution and public health and safety concerns.

Mexico and Canada have promised funding for indigenously owned businesses to aid social and racial equality, while New York plans to create a $200-million public-private fund to support social equity goals. Resident support, and continual conversations with communities on how to plan the sustainable development of cannabis tourism, should be a vital part of development of the sector.

While it appears that the COVID pandemic helped stimulate and legitimize the use of marijuana, with dispensaries declared an essential service in parts of the US during the pandemic, tourism could expand and normalize acceptance of its use.

Perceived risks may fade and and tourist guilt may dissipate. Cannabis tourism is likely to become just another segment of the holiday industry. – The Conversation|Rappler.com