[Where I've Been] At Kawasan Falls, blue is the color of fun

In Where I've Been, Rappler features an unforgettable destination perfectly captured in one shot – one beautiful moment forever preserved, one beautiful story told in a photograph.

BADIAN, Philippines – Walking to Kawasan Falls in Southern Cebu, water of the bluest of blues is a common sight – an early reward for weary souls awaiting the grandeur of this famous waterfall, in this province located in the heart of central Philippines.

Perhaps this water is what draws local and foreign tourists alike to this charming destination in Cebu. Social media contributed a lot to keeping the flame of curiosity alive for Kawasan Falls, the concluding spot of downstream canyoneering, which has also brought an influx of adventurous travelers to Southern Cebu this past year.

Kawasan Falls is a favorite weekend getaway destination among those who want to escape the hustle and bustle of urban living even for a while, especially now that canyoneering activities have opened to the public again after a month of being suspended by the Cebu provincial government.

Canyoneering activities, which start at the town of Algeria and end at Badian, were suspended by the Cebu Provincial Government in June 2016 following reports of accidents involving local and foreign tourists. Originally set to be lifted last August 1, the suspension was extended for another month. Last September 1, the provincial government announced the resumption of this sought-after activity in Cebu.

Here's an announcement from the Cebu provincial government through their website. 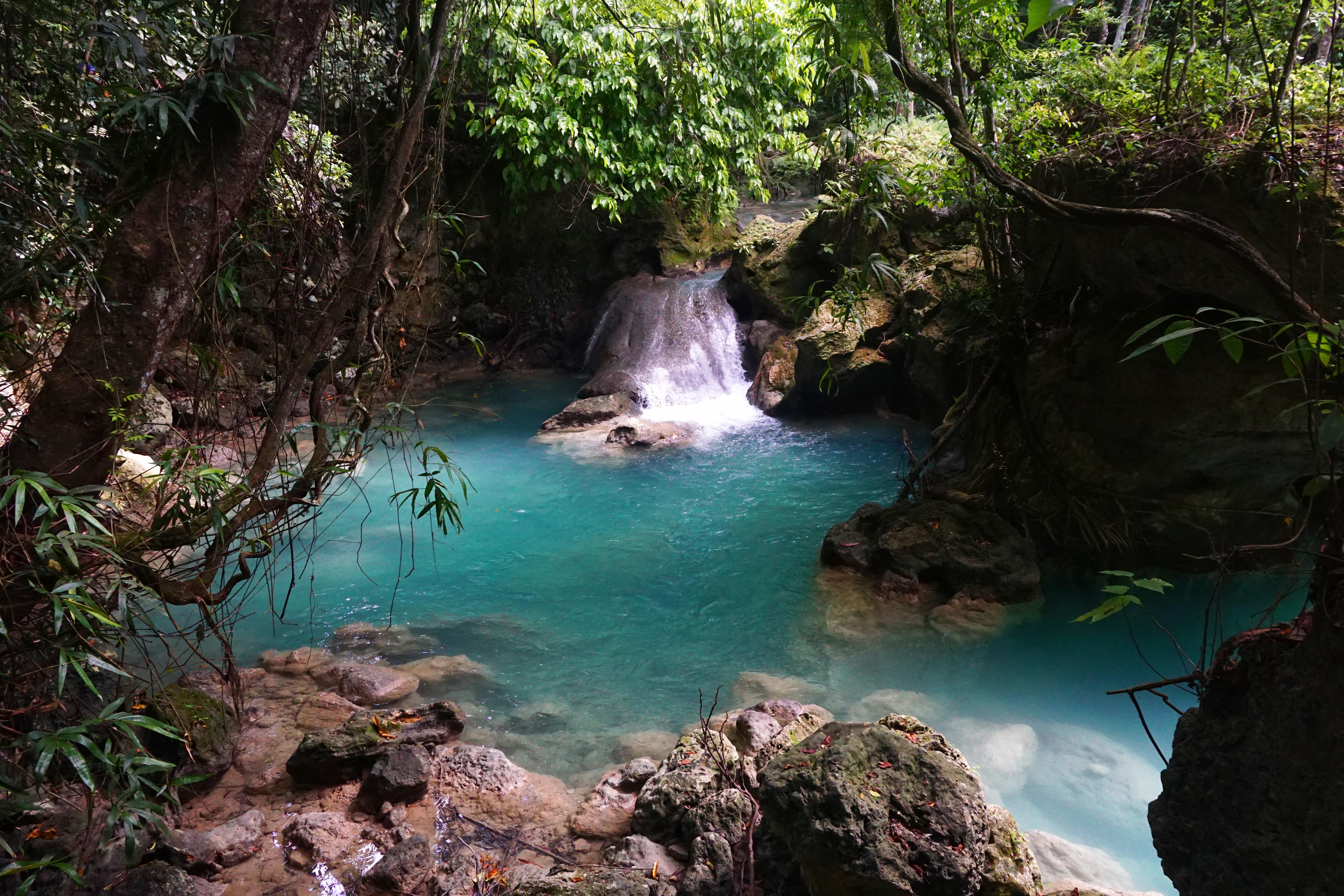 Even little streams like this one on the way to Kawasan are already picture-perfect.

I managed to visit Kawasan Falls on two alternating weekends recently, and each instance was memorable and enjoyable, similar to the experiences of anyone who's set foot there.

There's one remark that is repeated by tourists, most especially among those who visit it for the first time: "Ka-blue sa tubig (The water is so blue)."

It's no wonder that wherever you go, people enjoying the blue water of Kawasan are all smiles and are boisterous. A companion told me that it's inviting enough not to mind that the correct term to describe the color of the water of Kawasan is turquoise, a shade of blue that lies on the scale between blue and green. 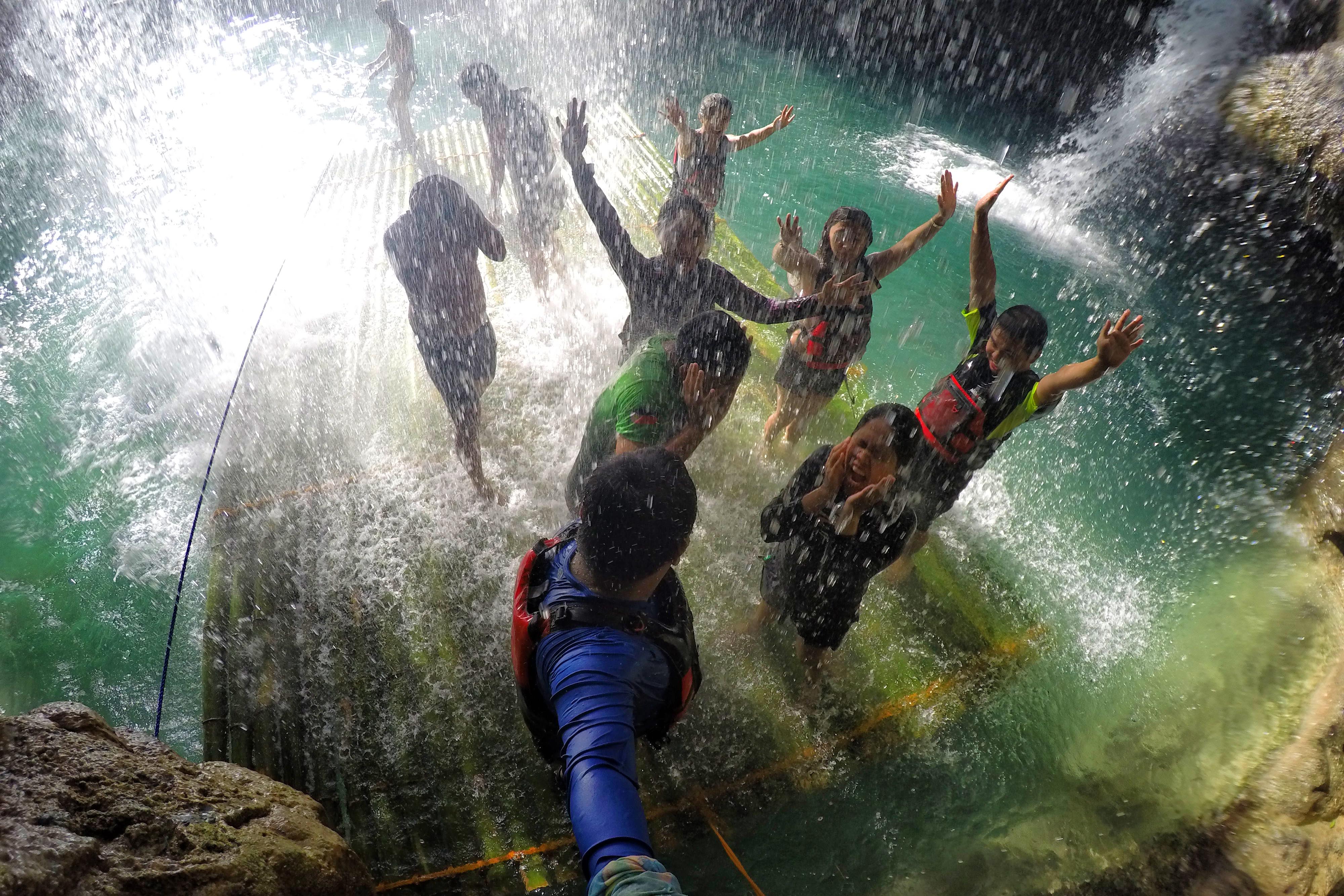 NATURE'S MASSAGE. At the second level of Kawasan, this giant shower can soothe body pains as its cascading water seems like a massage.

In these two trips to Kawasan, I realized that the shades of blue go beyond the color of tropical fun, as it also represents our disposition as a people: happy, outgoing and adventure-loving.

I realized this in Kawasan's second level basin, after alternating between gazing at the cascading water from a 35-foot cliff and floating on the water (thanks to a trusty life vest) until the strong current pushes you towards the riverbanks. Either way, Kawasan Falls is undeniably a cool place to loll and let your worries flow with the stream, with a little help from the shades of blue and green around you. 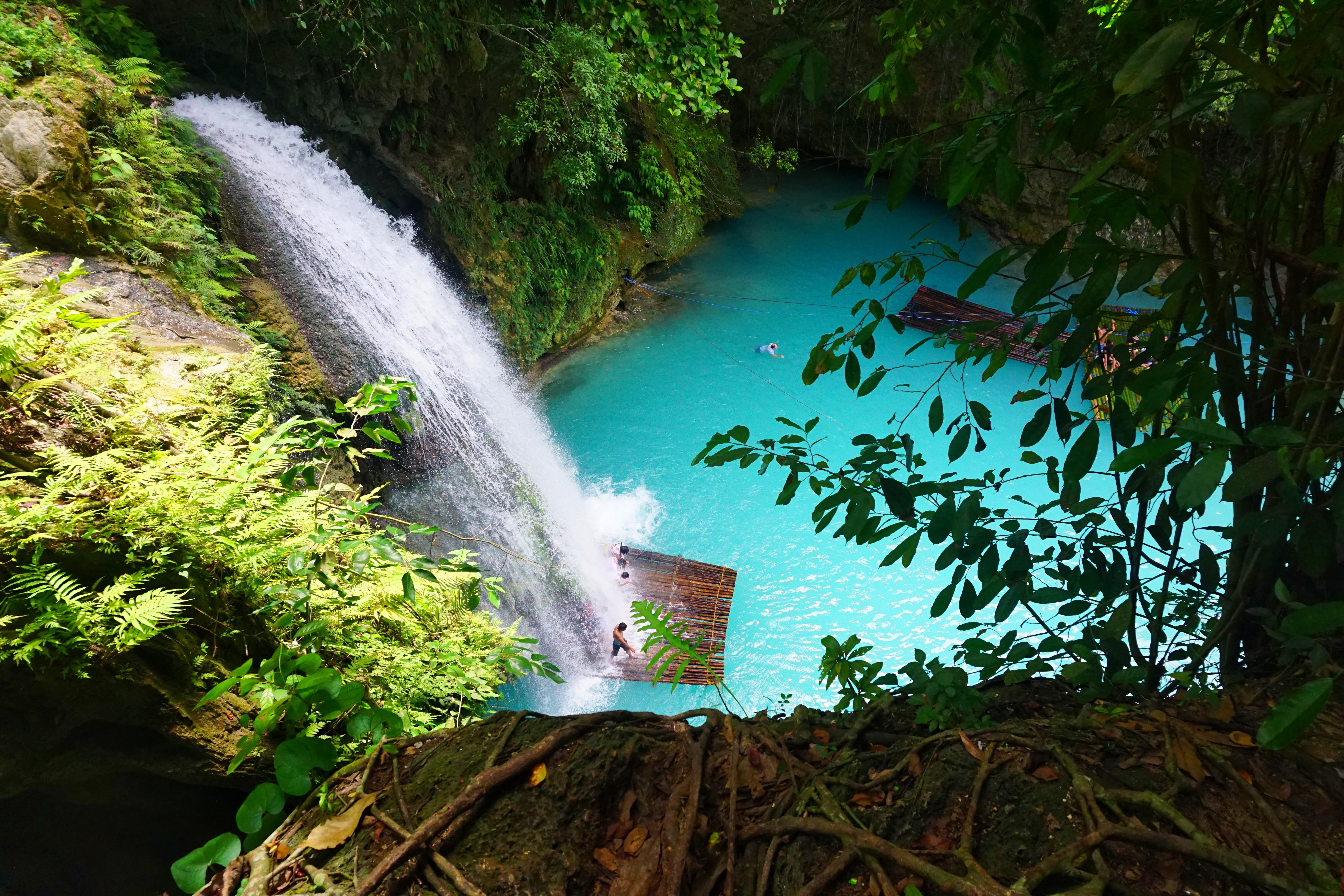 BIRD'S EYE VIEW. The basin of Kawasan Falls in Badian, Cebu is a picture of rural bliss.

Places like Kawasan and the beaches of Moalboal (not far from Badian where Kawasan is located) are perfect case studies for the psychology of color, a study which has fascinated me for a year now. 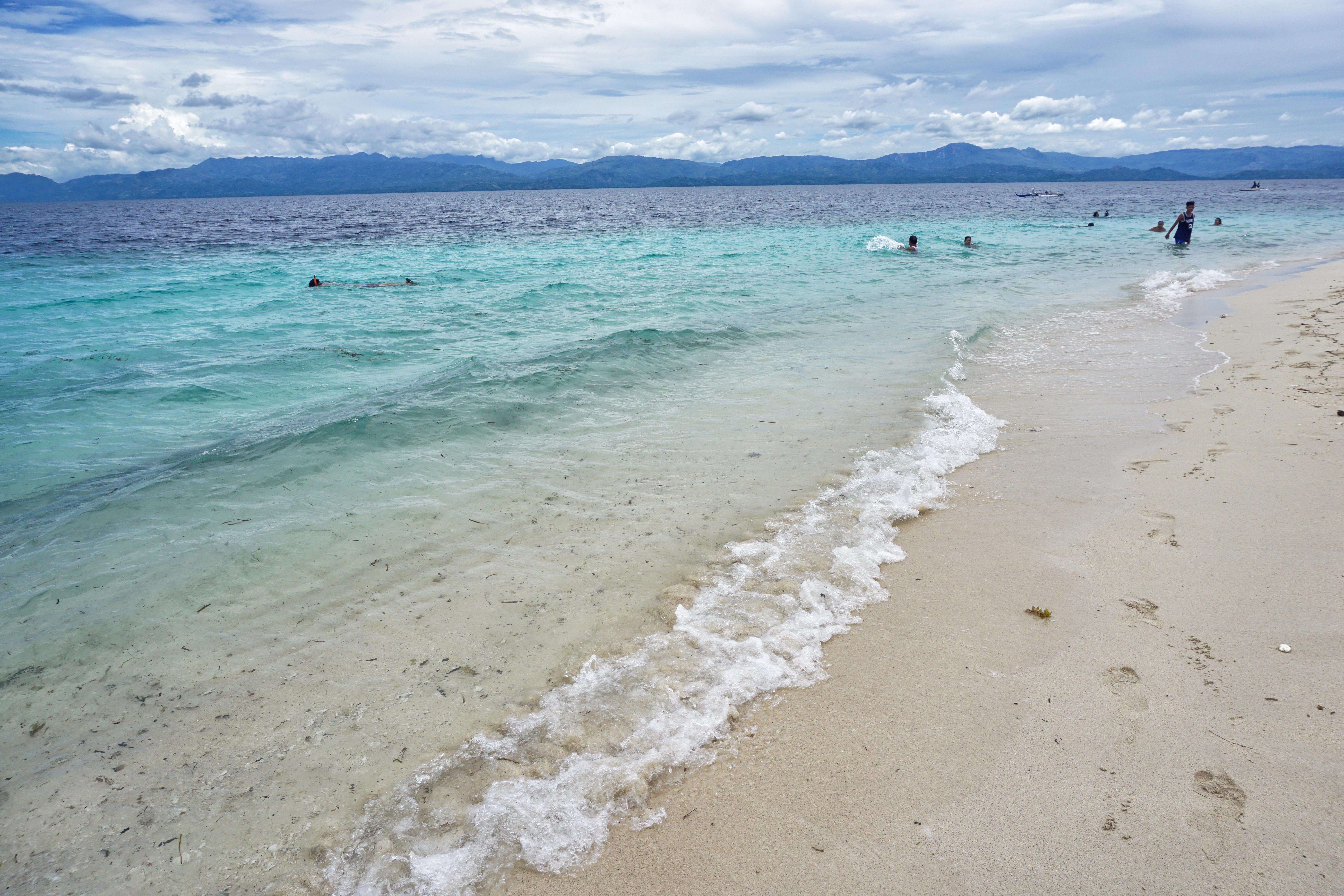 At the nearby town of Moalboal, the beaches are also a perfect spot for a weekend getaway.

In these two places, the shades of blue the water exudes is plainly soothing. Following the psychology of color, the turquoise water of Kawasan stimulates clear thought, calms the mind and aids in concentration.

On the other hand, blue can sometimes be seen as cold and unfriendly, the same kind of chill one can experience while swimming with the gentle giant butandings of Oslob town, which is  a one-hour ride from Badian, or swimming in the Enchanted River of Hinatuan in Surigao del Sur. 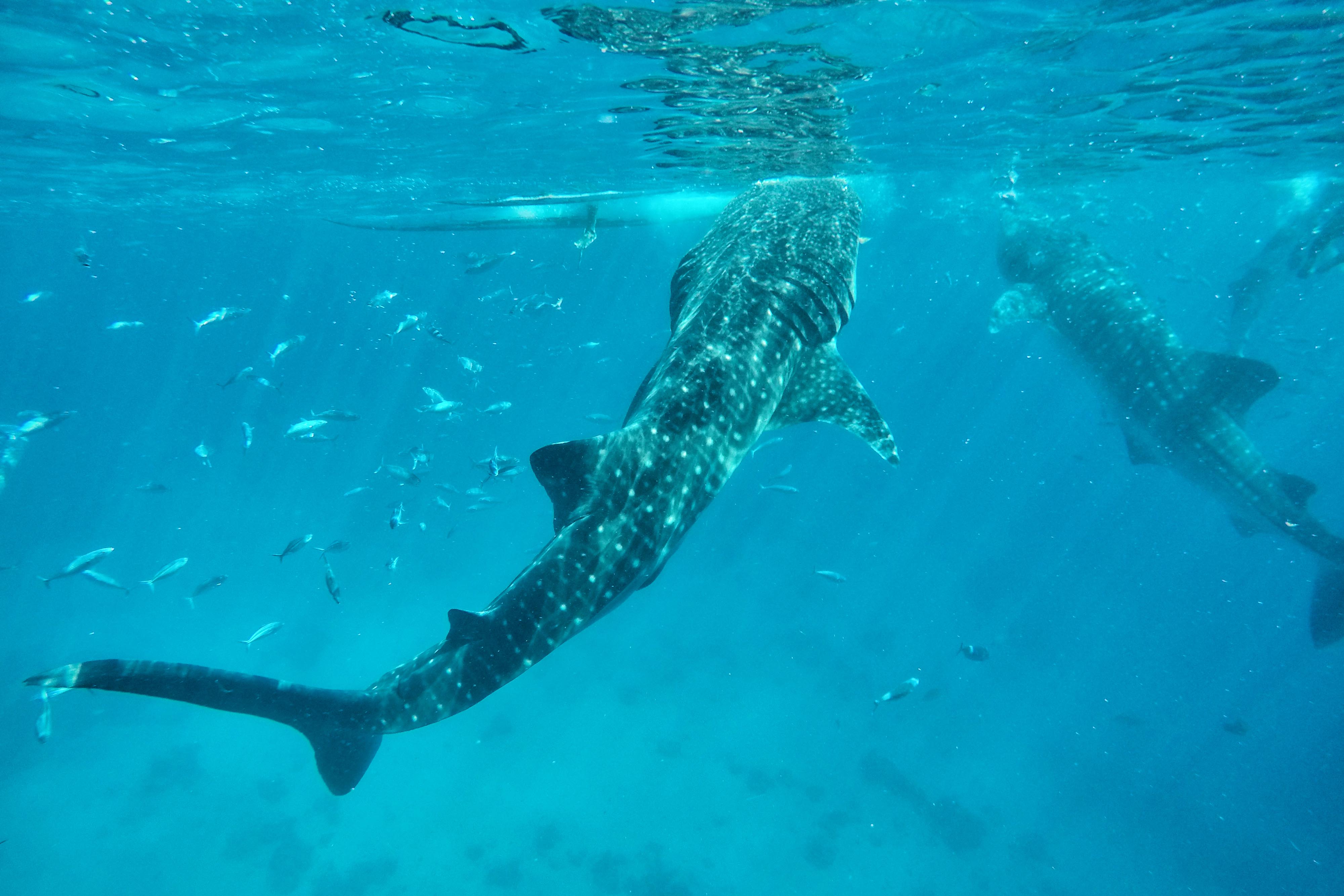 Swimming with the butandings, the gentle giants of the town of Oslob, can be both fun and scary, if you're not used to the idea.

Nevertheless, in a tropical country like the Philippines, blue is the color of fun. Blue is king.

More than the color of its water, Kawasan's other charm is its rustic appeal. A short 15-minute walk from the national highway will lead you to this majestic waterfall. A kaleidoscope of rural scenes will greet visitors during this walk, like mothers doing the laundry along the riverbanks are reminiscent of an Amorsolo painting. Lush greenery envelopes both sides of the rough road, which is made even more beautiful with the sound of flowing water of the river.

After some time, this sound will grow louder and louder as you are nearing the basin of Kawasan. 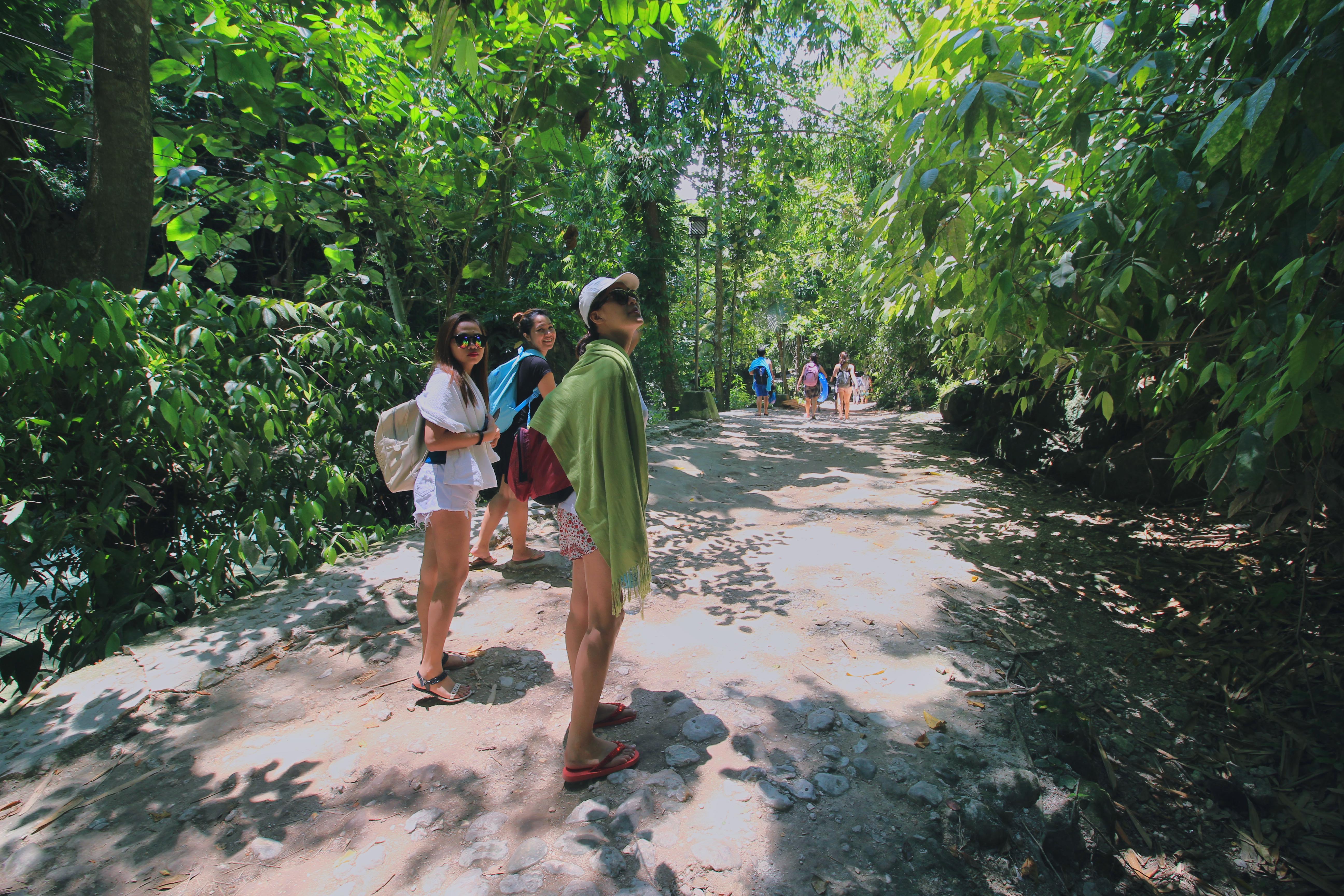 Getting to Kawasan Falls require a 15-minute walk from the national highway. Along the way, lush greenery provides a fitting welcome to tourists.

If seeing it from a distance is already relaxing, nothing compares to the feeling of being in the water, either with the help of a life vest or aboard a bamboo raft. Aboard the balsa, as the locals would call it, the cascading water from above felt like a hardcore massage as it dropped down on us. 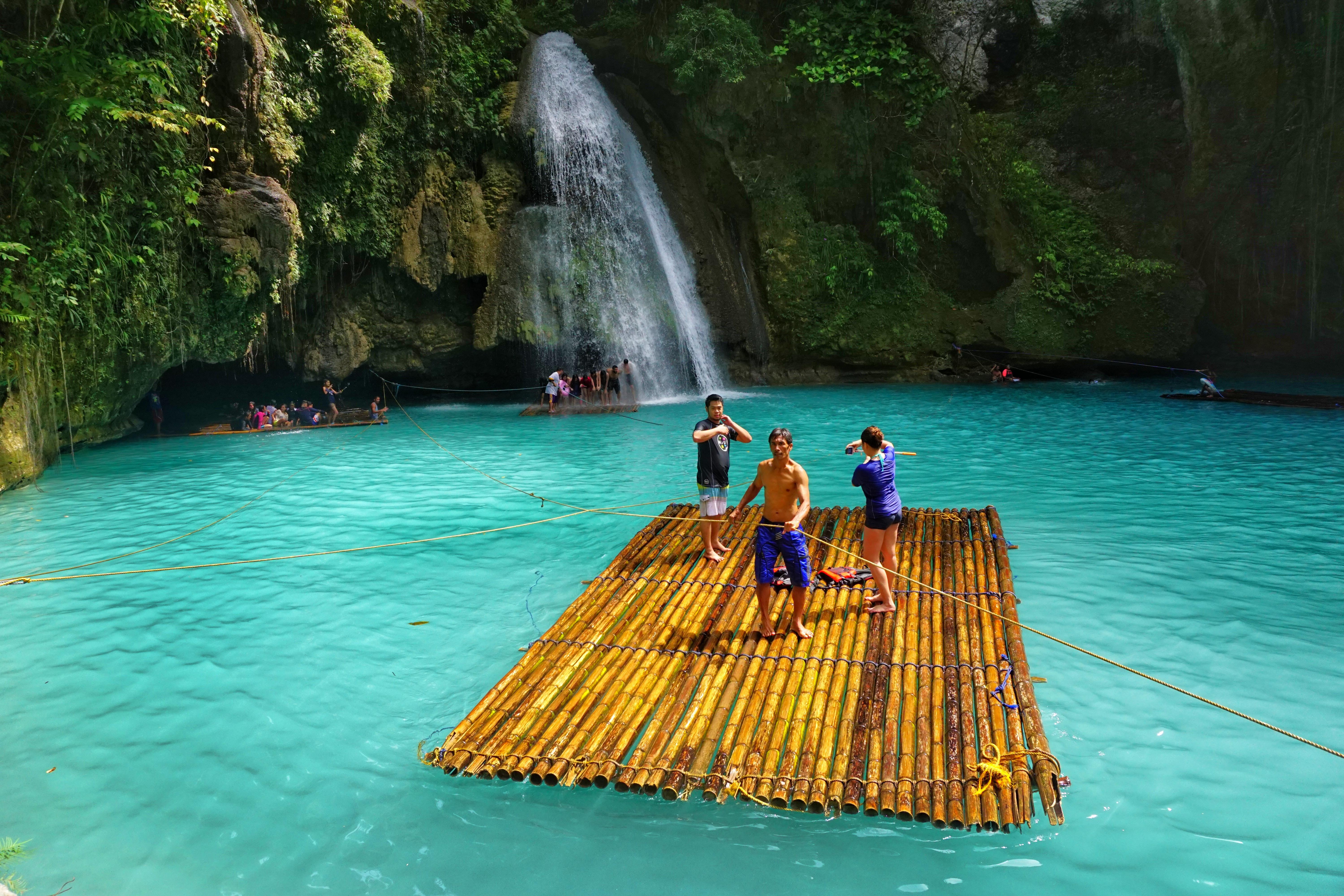 UNBELIEVABLY BLUE. Perhaps the most-photographed spot in Kawasan, just standing in front of this basin, you'll feel the stress melting away.

For the brave and the adventurous, the second-level of Kawasan is a sweet spot for an adrenaline rush. Jumping to the basin from a 35-ft cliff is surely liberating; the 5-second free fall seems like forever.

It is definitely not for the faint-hearted, but doing this will truly complete one's definition of a fun weekend getaway. 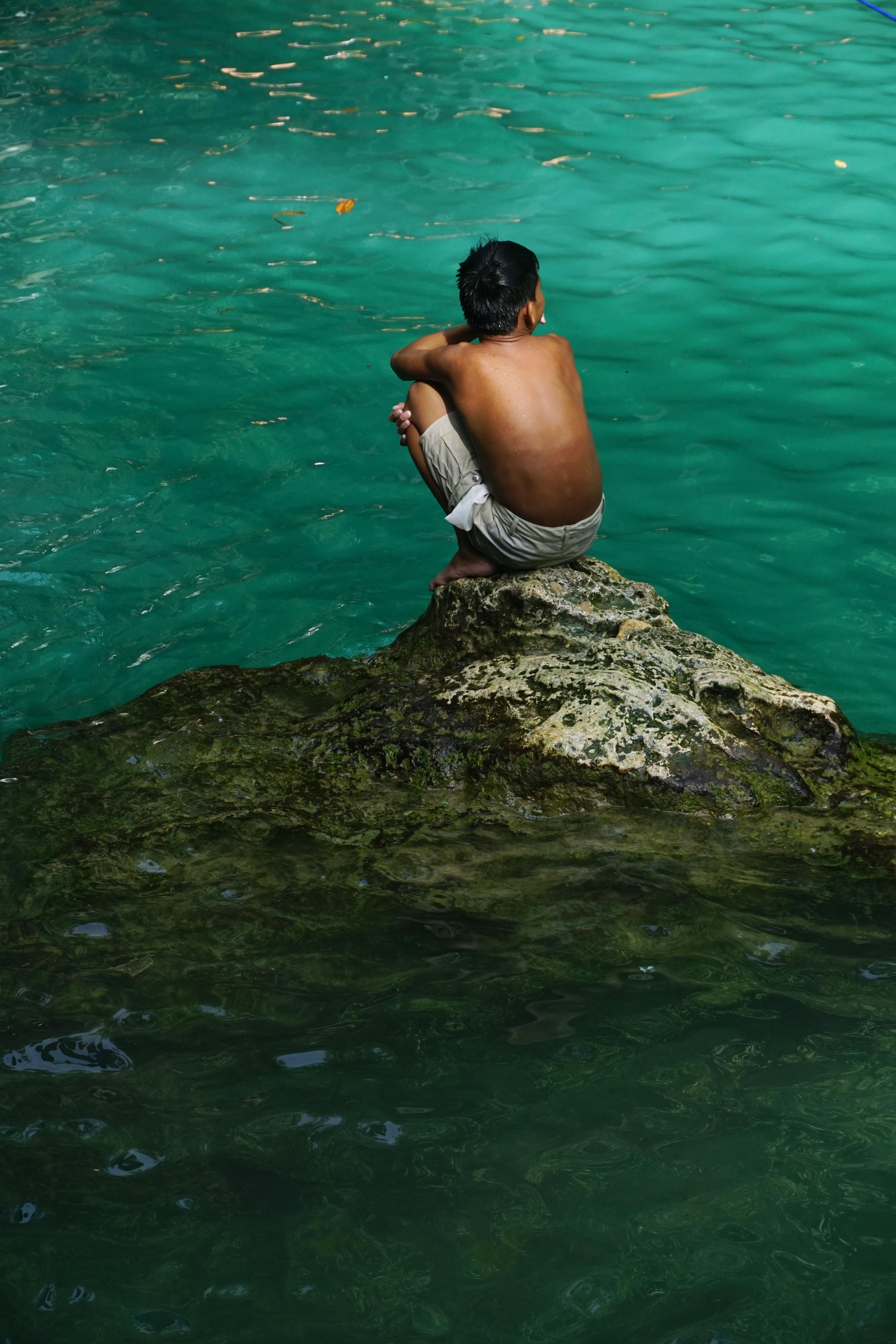 Jumping from a 35-ft cliff requires you to conquer your fear of heights. It'u0080u0099s definitely not for the faint-hearted.

Screengrab from a video

With canyoneering still an item on my bucket list, I would definitely go back to Kawasan. By then, I am sure I will reaffirm what I discovered in my two recent visits here: that blue is indeed the color of fun.

How to get to Kawasan

From Cebu South Bus Terminal, take the bus going to the town of Badian, some 90 kilometers away from downtown Cebu. Depending on the traffic, the trip will take around two hours. Bus fare is P120, one way.

Tell the bus conductor ahead that you’re headed to Kawasan so that they can drop you off at the national highway where a church of Barangay Matutinao is located.

From the highway, one will walk around 15 minutes to get to the main basin of Kawasan Falls. A P20 environmental fee is collected per individual by the barangay functionaries. Cottages can be rented for P250-P300 per day, while food can also be ordered for a minimal fee. Life vest rental is available for not more than P100 each. – Rappler.com 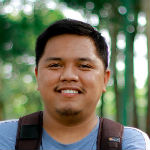