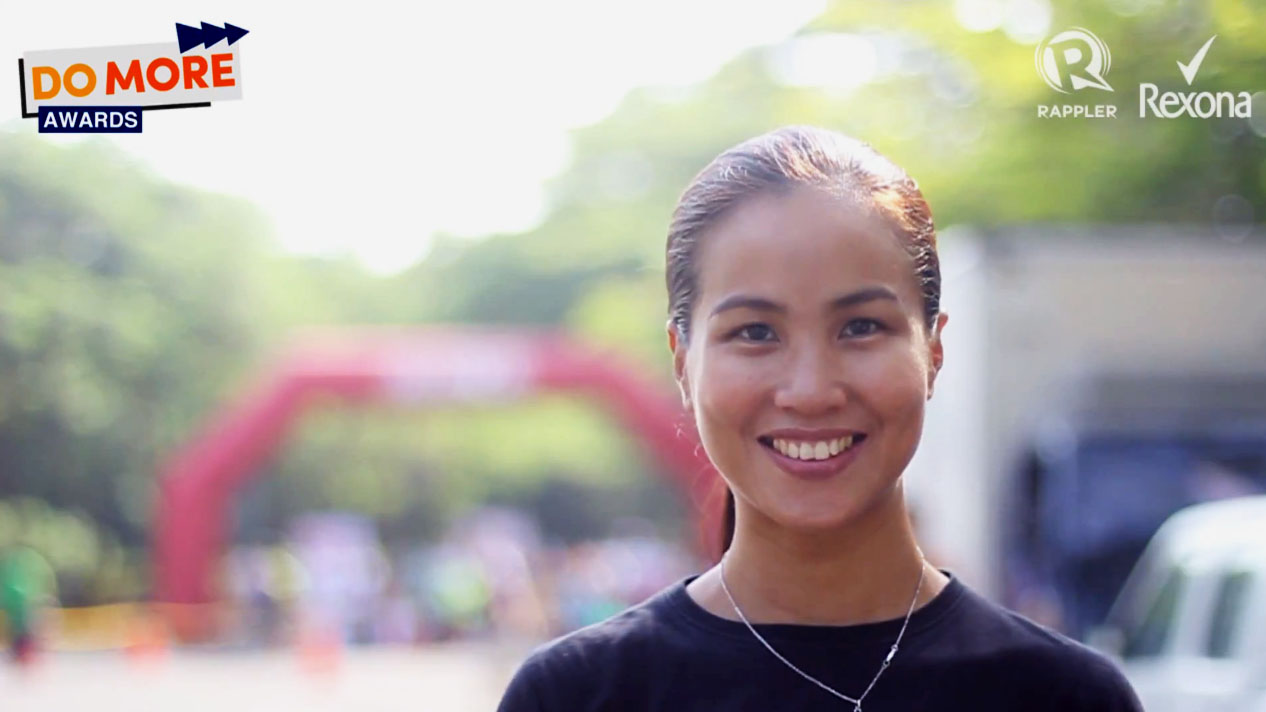 She calls herself a bull runner. No, she is not a torero who chases bulls nor is she a fan of bullfighting. She is Jaymie Pizarro, a marathoner, mother, graphic designer, entrepreneur, and founder and editor of thebullrunner.com, a blog specifically made for the running community.

Jaymie started her blog as a journal to chronicle her passion for running.

“I ran my first marathon way back in 2009 and I felt like it changed my life. All I wanted to do after that was to use the blog to inspire others to do the same because of what I learned. It just made me into a better person and I wanted others to experience exactly the same thing,” Jaymie says.

Later on, Jaymie also published The Bull Runner magazine, which she used as another platform to promote races, training tips, and everything related to her favorite sport.

Writing about running was not enough. Together with with Jim Lafferty, she also created The Bull Runner Dream (TBR) Marathon, a 42km event only for runners who want to dream big and change their lives through running.

“Each one has crossed the finish line as a stronger person knowing they can accomplish anything in their lives. There’s no other race like us because we provide training from beginning to end. We provide support to a first time runner who wants to conquer 42.195 km,” Jaymie says.

Watch a profile video of Jaymie and the rest of the finalists of the Challenger category below.

Despite the many hats she wears, family is still on top of Jaymie’s list. She remains a hands on mother to two children - taking her children to school daily among other tasks.

Jaymie says it’s her dream to have her children run with her. Though she has never asked them to run marathons, her children are taking after her example.

“I’m not the type who drags them to a race and have them run with me. I guess, since I’ve been running for so long, they think that it’s a natural thing to be running and swimming and biking. It was only this year, after running for 6 years already, that my son took it seriously and he says he wanted to do a triathlon,” Jaymie says.

Jaymie is now well-recognized for her passion and advocacy. In 2008, the blog was recognized with 2 awards in the sports category in the Philippine Blog Awards. Today, TBR is still oft-cited as a credible online resource for Filipino runners.

As Jaymie continues to write to inspire other runners, she continually pushes herself by joining races in different parts of the globe. These include the Hong Kong Marathon, Singapore Marathon, ING New York City Marathon, and the California International Marathon. Recently, she has also begun training for triathlons.

For Jaymie, Doing More is about breaking mental and physical barriers to “become a better person each day.” Beyond that, however, she believes doing more is also an outward movement.

“It’s also going beyond me, going beyond my personal goals and what I think is just all for me. (It’s about) making a positive contribution to the world,” she says.

Jaymie concludes, “For me, it’s through running. That’s what I can use. That’s my passion. Whatever I can do with it to help others is a great thing already. It helps me to do more for the world.” - Rappler.com