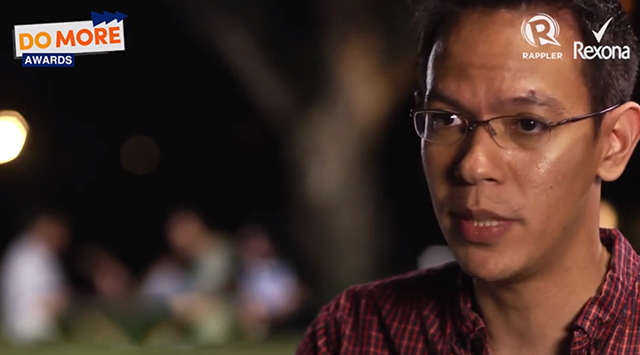 What is online activism? How does it translate to change in the real world?

Red is the president and founder of the Filipino Freethinkers, an organization that advocates reason, science and secularism. Red says free thinking is the first step toward self-development. He says freethinking principles can also be a step to national development.

“When people use their rational faculties to make decisions, they come up with better decisions than if they were irrational or unscientific... When freethought is used, we have technological advancements, we have progressive advancements in terms of law,” Red says.

Filipino Freethinkers started online through mailing lists and forums. They eventually had meetups and face-to-face interactions where they discuss and argue about pertinent issues in the country. The organization has chapters in Luzon, Visayas and Mindanao. They also have chapters in the country’s top universities.

Watch a profile video of Red and the other finalists of the Digital Trailblazer category below.

Beyond their online discussions, awareness campaigns and podcasts, the group also mobilizes in the ‘real world’ whenever they see fit.

“If it’s an issue that really impacts people’s lives, we encourage people to go out to the streets, to hold demonstrations, to go to Congress to listen to the hearing there, to really make a difference,” he added.

The group actively participated in the campaign for the passage of the Reproductive Health Bill, the LGBT Pride March and the March Against Art Censorship, among others.

“If people are content with clicking, we feel like that’s not enough. People should make a difference in the real world,” Tani noted.

Tani believes that more Filipinos should be free thinkers for the Philippines to progress. But he noted that the challenge lies in our educational system, specifically in the area of science.

“I think that science is not given enough importance in our current curriculum. I don’t think that critical science is taught early enough. There could be age-appropriate topics on critical thinking that could be introduced earlier,” he said.

Tani also emphasized the importance of teaching and engaging students through critical thinking.

“Doing more is about not being content with just liking or sharing posts. It’s not just about reading the headlines and the first paragraphs of articles. It’s about learning more and arguing about things that you want to understand more about,” he said.

He believes it’s all about action. “It’s about going out into the streets and meeting actual people who are affected by the issues.”

“It’s about leaving the conventions of conservatism or just being afraid of people not agreeing with what you think. It’s about being brave and challenging convention and just thinking for yourself.” - Rappler.com