Anna Oposa: A Lady of the Sea 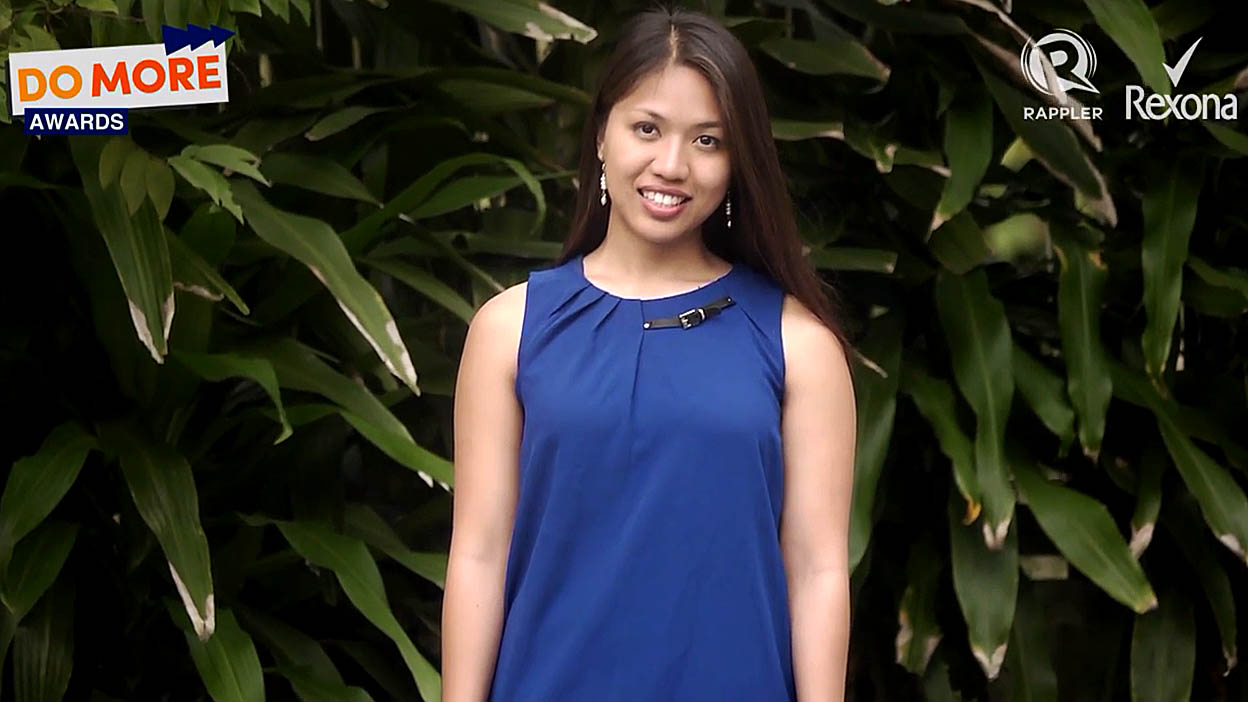 This is how Civic Hero finalist Anna Oposa describes her experience every time she goes to the sea. Anna is the co-founder of Save Philippine Seas (SPS), a movement that aims stop the abuse and destruction of the country’s marine resources.

Anna said her passion for the seas started when she was a child. Growing up in Cebu before her family moved to Manila, Anna would spend her summers in the beach. She became a scuba diver at the age of 15.

“I think when you become a scuba diver, you see the water in a different way. It changes your perspective on a lot of things. You sort of become an ambassador for the seas in a way that you know that trash doesn’t disappear. You know that there are a lot of wastes that end up in the water,” Anna recalls.

Her participation in coastal cleanups also changed her perspective on the seas.

“I thought ‘we need to be doing something more.’ We can’t just dive and pretend there’s nothing happening. That started my progression towards marine conservation but it wasn’t after college that I really decided that it was what I wanted to do,” she adds.

Watch a profile video of Anna and the other finalists of the Civic Hero category below.

Anna says the SPS movement started when news broke out of the ‘rape of the Philippine seas’ in 2011 about the large-scale extraction of marine resources in the southern Philippines.

Enraged by the issue, she along with other concerned citizens decided to put up a website called savephilippineseas.com. But their passion for the seas got the best of them and the website became a movement.

Anna says she takes her perspective from Gang Badoy, a woman whom she looks up to.

“I think it makes sense to do something for the seas. I mean we’re a country of 7, 107 islands. We’re completely surrounded by water and I don’t think we’ve gotten to the point where we’ve harnessed the potential of what the seas can give us and what we can do for the seas as well,” she says.

Anna believes the seas offer much solutions to our country’s problems. This is if we maximize its potential while preserving its natural beauty.

“Hunger wouldn’t be a problem because so much food can come from the sea. There would be more jobs because the sea can provide so much livelihood. There’s so much tourism activities that we can do from our coastal and marine resources,” Anna adds.

In addition to environmental work, Anna is also involved in different youth programs. She is currently the curator of the Global Shapers Manila hub, a network of young leaders in Manila.

Their 2 major projects are (1) building 200 libraries around the country by 2020 and (2) a catalyst project that seeks 5 best tech-based solutions to existing community problems.

The problem areas include: healthcare, environment, government accountability and transparency.

Anna admits that it’s challenging to instigate change as a youth but she believes age is never a hindrance.

“People would always question my credibility. I didn’t even graduate with a degree in environmental science...I don’t think age should be a hindrance. I think it should be an advantage because we have more to explore. We have more room to make mistakes and more room to take risks. I think now is the time to pursue such causes,” she adds.

Anna is currently focusing on her Shark Shelter Project in Malapasca Island, Cebu. Last 2012, the project won EU 50,000 from the Future of Nature Award in the Netherlands.

“My vision for Malapasca is to be elevated into the same status as the Tubbataha Reef. That kind of acknowledgement. That kind of recognition. That kind of model for sustainability,” she says.

Anna defines doing more as “the relentless pursuit of a cause greater than yourself” and as a balancing act between priorities.

“When you have a lot of things to do, I think you don’t have a choice but to balance everything well. I always have my priorities set. I know my deadlines. I know my events and I know my trips,” she says.

This lady's priority clearly is the environment. She says, "The environment is our air, our water, our food. Its the source of life." - Rappler.com