Beth Angsioco: For the women 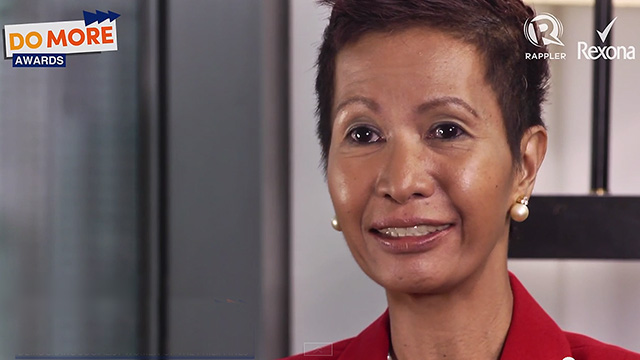 This Civic Hero finalist has devoted her life fighting for the rights of women - those who live in abject poverty, their voices and choices unheard.

She is Elizabeth Angsioco, a feminist, an internationally acclaimed women’s rights advocate and the head of the Democratic Socialist Women of the Philippines (DSWP).

Beth initially advocated for workers’ issues. But she soon realized her passion for helping women after working in poor communities. Growing up in a family of little means, she saw the plight of marginalized mothers who suffered abuses from their husbands while experiencing poverty.

“I know how it is to be a woman in (poor) communities. I’ve seen a lot of women who are abused... I saw that there’s a lot of discrimination going on against women. They were so heartbreaking that I started focusing on women’s issues,” she says.

Watch a profile video of Beth and the other finalists of the Civic Hero category below.

For Beth, being a women’s rights advocate is difficult. She had to go against existing norms and culture to promote her advocacy.

“We try to develop a counter culture where women are considered equals of men and equals of everybody else and these perhaps has been going on for a long time. Because we are against a culture that has been in existence for centuries, it’s a difficult job,” Beth says.

Beth immersed with women in communities and initiated strategies to push for women’s rights. She ventured into legislative advocacy and had been instrumental in the passage of laws that cater to women’s rights like the Anti-Rape Law, the Anti-Violence Against Women and Children Law, and the Reproductive Health Law.

“When we were doing the Anti-Rape Law advocacy... we found out that many of our laws actually work against women. We believe that laws and policies educate people and therefore, they are tools so that women are able to use services that are otherwise not available for them,” she says.

She also noted that most cases of abuse occur among married couples.

“Its very ironic and very depressing to think that somebody who promised to love you ‘til death do us part’ will actually abuse you,” she says.

Beth believes there is hope for women’s rights in the Philippines. She says our laws are considered one of the most, if not the most, progressive.

“When the Anti-Rape Law was passed, it was heralded to be a radical change in terms of the paradigms about rape. If you look at the Anti-Violence Against Women and their Children Law, it’s seen by other women’s groups in other countries as pioneering because of the availability of many forms of relief to abused women,” she says.

Beth adds that the mindset of most poor Filipino women are changing. They are learning to stand up and fight for their rights.

Beth hopes to one day see a society where men and women are equal, rich and poor.

She says the essence of doing more is about going beyond definitions and living beyond oneself.

“Doing more is challenging oneself to go beyond what’s expected of you. It’s looking for creative, innovative solutions to existing problems that will benefit not just yourself but more importantly, others.” - Rappler.com