Gender and Sexuality 101: Learn before you discriminate 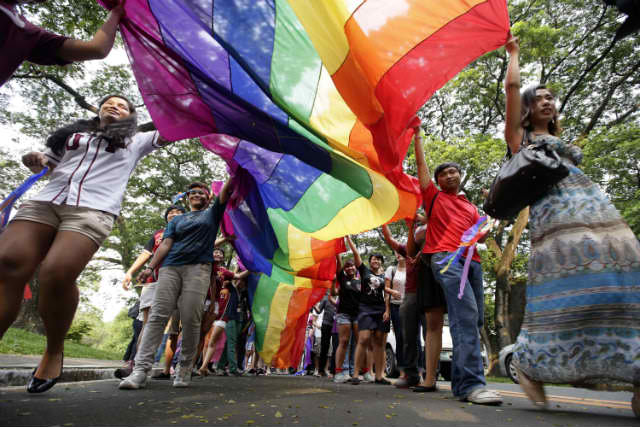 MANILA, Philippines — The increased exposure of issues about sexuality and gender through landmark laws and controversial incidents came with an increased awareness of the nuances involved. “LGBT” is now a recognizable and understood acronym, but many concepts remain muddled or confusing to some Filipinos.

Even the country’s Supreme Court, according to a report by USAID and the United Nations Development Programme, used “LGBTs” and “homosexuals” interchangeably despite the clear differences between the two terms, and seemed to view “lesbians, gays, bisexuals, and transgenders” as categories of sex.

In a lecture she delivered at the first gender and sexuality conference in UP Diliman, clinical psychologist and expert Dr Margie Holmes clarified matters relating to sex, gender, and LGBTIQs (lesbians, gays, bisexuals, transexuals, intersex, and questioning).

Holmes gave a primer on LGBTIQ issues and definitions.

Sex, she defined, is about biological dimensions of chromosomes, gonads, and hormones. Gender, on the other hand, is psychosocial and cultural. It describes how one views himself or herself and may or may not coincide with his or her anatomy. Concepts in gender studies include gender identity, gender roles, and gender stereotypes.

While an individual’s gender identity refers to the intimate knowledge and experience of their own gender, gender roles refer to societal norms relating to perceived sex. In her talk after Holmes’ lecture, Quirino shared her experience defying gender roles and characteristics.

“I was very competitive, I was very outspoken and argumentative,” she said. “What my father always told me was that I should have been born a boy.”

Despite their clear differences, Holmes stressed that sex and gender are closely interrelated.

“A lot of biology affects gender issues,” she said. Hormones, for example, affect appearances, which in turn affect how society reacts or assigns roles and stereotypes to particular genders.

According to Holmes, studies have shown that transphobia — antagonism towards transsexuals and transgenders — is often worse than homophobia. (READ: LGBT rights are human rights)

“If gays are being cursed at – in itself a serious matter – transsexuals are cursed at and beat up,” she said.

On sexual orientation, Holmes said: “It is not just who you want or desire, but also what you do for it.”

Seen previously as a simple matter of sexual attraction, the term has now come to include actions and behavior in response to attraction.

Kinds of sexual orientation are heterosexual, homosexual, bisexual, asexual, and pansexual. Heterosexual is attraction and behavior towards the opposite sex, homosexual to the same sex, and bisexual to both male and female. Asexual persons do not have attraction towards any sex or gender. Pansexuals, on the other hand, have the ability to be attracted to anyone regardless of sex or gender.

Ultimately, however, Holmes stressed that sex is “a three letter word needing four letter words to convey its true meaning – heal, give, take, and love.” 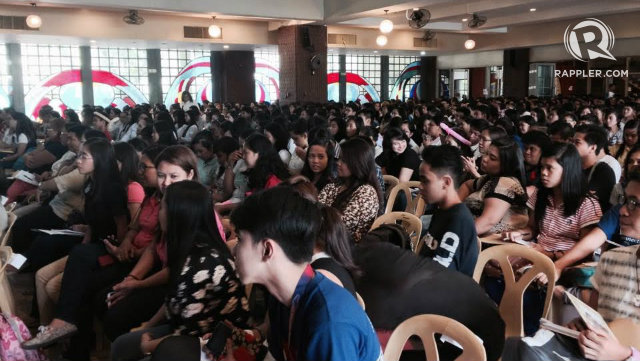 Marquez also clarified the teachings and the position of the Catholic Church regarding homosexuality and same-sex marriage. He emphasized that all individuals, regardless of their gender identity or sexual orientation, are created equal in the eyes of God and deserve to be treated with respect and dignity.

“Whatever your gender is, whatever your sexual orientation is, whatever LGBTIQ… the Church will say you are person,” he said. “And as a person, you are a created being, you have the image and likeness of God, and so, you are good.”

On the matter of same-sex marriage, Marquez reiterated that the Church does not recognize marriage between two people of the same sex. According to Catholic doctrine, the sacrament of marriage must be both unitive and procreative.

While same-sex marriage may possess the unitive aspect, it will never possess the procreative aspect. Marriages between two people of the same sex as legalized by countries such as the United States are civil marriages, Marquez stressed.

Most of the participants of the conference were psychology students from universities like St Paul-Quezon City, Bulacan State University, University of Caloocan, and University of the East (UE)-Manila, and UE-Caloocan.

Guidance officers from UE-Manila and UE-Caloocan also talked about their LGBT support programs that aim to help those wrestling with issues regarding gender and sexuality such as gender confusion and bullying. The program has also raised discussion on socio-political issues regarding the LGBTIQ community.

Many of the participating schools, however, have no gender and sexuality education incorporated into their general curriculum, although the topics are discussed in psychology subjects. (READ: When talking about sex is easy)

This is why, the conference’s organizer said, there is a need to discuss and debunk many topics and misconceptions regarding gender and sexuality, particularly from scientific point of view.

“We want to make sure psychology students (would) be able to understand from a multitude of perspectives…(Psychologists) should be the guides to the better understanding of the self,” Balita said. — Rappler.com

Got stories to tell? Share your articles and ideas on gender, sexuality, and development with move.ph@rappler.com. Speak up on #GenderIssues!