Facebook Twitter Copy URL
Copied
Would you know what to do if you were inside a moving train during an earthquake?

MANILA, Philippines – Everyday, more than half a million Filipinos in Metro Manila use the Metro Rail Transit (MRT3) and Light Rail Transit (LRT2).

The MRT3 traverses the Epifanio Delos Santos Avenue (EDSA) and has stations in the metro’s business districts. The LRT2, on the other hand, traverses the cities of Manila, Marikina, Pasig, San Juan, and Quezon City.

If a magnitude 7.2 earthquake hits the Metro while you’re on a train, would you know what to do? (READ: What dangers await when the West Valley Fault moves?)

Train operators, according to Attorney Hernando Cabrera, spokesperson of LRT Authority (LRTA), have standard operating procedures to follow in the event of an earthquake.

1. During an earthquake, MRT and LRT operations will stop immediately. 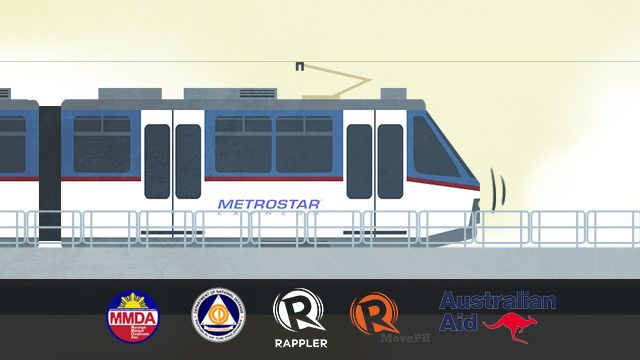 The standard operating procedure for LRT and MRT is to stop all trains during an earthquake.

2. Stay inside. After the shaking stops, MRT and LRT operators will bring the train to the nearest station. It is best to only exit the train once it is at the station. Railways have high-voltage electricity that can be risky for passengers who try to walk on them, according to Bernardo Alejandro, head of MRT3’s safety and security unit.

3. Don’t panic. Once you arrive at the train station, listen to the security personnel who will assist you on what to do and where to go. According to Cabrera, the train operators and security personnel know what to do because they have made plans and conducted earthquake drills.

Injured passengers will also be a priority during that time, according to Alejandro.

Just like schools and offices, the country’s train system operators conduct their own earthquake drills.

Cabrera said every year, the LRTA conducts different kinds of drills from fire, to terrorist attacks to earthquakes.

If a strong earthquake hits Metro Manila, Cabrera said the LRT2’s Santolan Depot will serve as a nerve center for the government. (READ: Businesses should have continuity plans – MMDA, OCD)

“In the event that the Marikina Bridge will collapse and will isolate that particular area, then Line 2 Depot in Santolan will become the nerve center. Doon sila mag-seset up ng command center. Doon magsesetup ang Department of Social Welfare and Development (DSWD), ang Metropolitan Manila Development Authority (MMDA).” said Cabrera.

(In the event that the Marikina Bridge will collapse and will isolate that particular area, then line 2 depot in Santolan will become the nerve center. That’s where the command center will be set-up. DSWD and MMDA will also set up their operations there)

It will also become an evacuation center, he added. “Kasi maluwang yung area, meron kaming covered court.” (The area is spacious, we have a covered court.)

Although the train operations for MRT and LRT won’t stop during the very first metrowide earthquake drill on Thursday, July 30, Cabrera said their employees and maintenance personnel will be participating.

“Our employees will participate as ordinary citizens. If you’re in the office, what are you going to do? Those who will join are the office-based employees and maintenance personnel at the depot affected during the drill. Those who are involved in the operations are not included,” said Cabrera. – Rappler.com