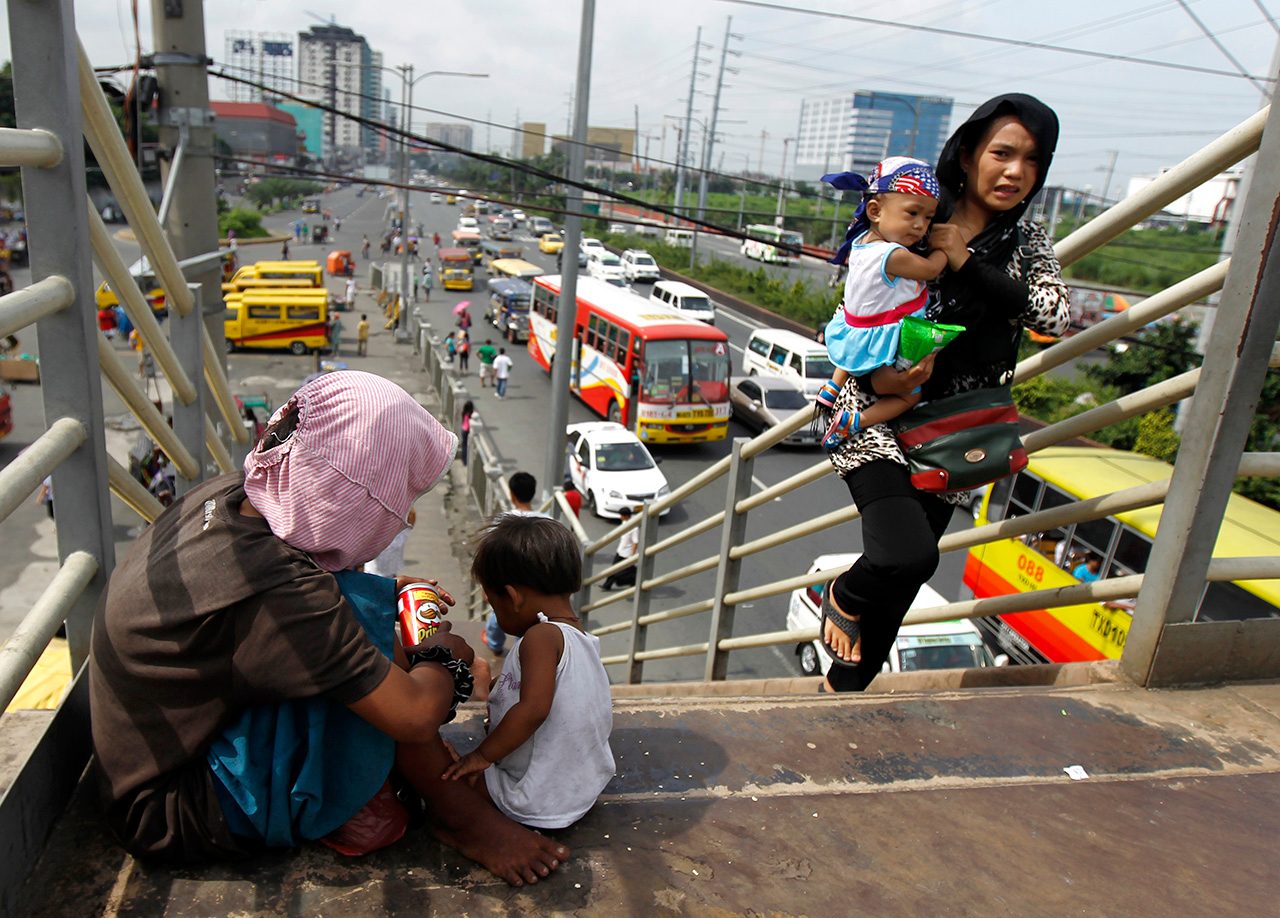 MANILA, Philippines – In less than a year, another administration will take over and try its hands on fixing persistent problems of the country – including those related to nutrition.

In the last 5 years, for instance, food insecurity and malnutrition have remained a burden. (READ: State of PH nutrition: The last 5 years)

These problems have been traversing congressional sessions and presidential terms and yet people still see government action against hunger as weak, according to a survey in late 2014.

In a forum organized by Greenpeace Southeast Asia Philippines on Wednesday, August 5, key stakeholders in the field of food security and nutrition offered their insights on what the 2016 elections and eventually the next administration should focus on.

For chief science research specialist Cecilia Acuin of the Food and Nutrition Research Institute and Bernadette Balamban of the Poverty and Human Development Statistics division of the Philippine Statistics Authority, it is clear that more needs to be done for the country to completely free itself from hunger and malnutrition.

These changes, they said, should immediately be highlighted as Filipinos choose their next leaders in the upcoming elections.

The issues related to nutrition and food security that should be focused on are as follows:

Food availability is one of the pillars of food security and the number of Filipinos who eat less than the required amount of nutrients is a reflection of the country’s inability to provide for them.

According to Acuin, there is enough food in the country but the problem lies in unequal distribution. While there are places with enough resources, those who have to get food from nearby areas are burdened with high food prices. (READ: How can government lower food prices in the Philippines?)

(The food supply distribution in the country is unfair. You can see this in the state of nutrition of Filipinos, especially children.)

Meanwhile, Balamban highlighted the importance of monitoring the prices of food commodities as these can directly affect the purchasing power of households.

The recent increase of wage income, she said, will be of no use if the prices of basic necessities continue to rise. (READ: Is the minimum wage enough for a day’s worth of nutritious meals?)

(Even if income increases, the price of food also rises. Households will really have a hard time to make ends meet, so this should be monitored and fixed so they will not suffer anymore.)

According to Acuin, the needs of the vulnerable groups should be prioritized when it comes to government planning because they cannot help themselves.

Children, at a young age, are already prone to a lot of risks and need immediate attention. Malnourished children are more prone to problems rooted in hindered physical and cognitive development.

These problems prevent them from reaching their full potential, and in return, can even affect the future of the Philippines.

Pregnant women, on the other hand, hold the key to their unborn child’s future. If they are not well-nourished, their children’s nutrition is also compromised and will contribute to the cycle of malnutrition. (READ: End the malnutrition cycle)

Aside from helping them through policies and programs, raising awareness about the importance of health and nutrition should be prioritized by the next government.

Balamban emphasized that if they are aware of what needs to be done and what should be avoided, maternal and child health will improve. Government support, however, still matters.

There has been a rise in the number of overweight and obese Filipinos in recent years and the National Nutrition Council has already called it a “societal” problem. (READ: How to end obesity in the Philippines)

Underweight Filipinos, together with those who have unhealthy excess weight, have led to the rise of double-burden malnutrition cases in the Philippines. This has been evident especially in the past two decades. (READ: The problem with double burden malnutrition)

The latest National Nutrition Survey showed that one in every 3 Filipinos is obese or overweight. The causes are varied and are often complex, leading to the urgent need to address the problem. (READ: What is the nutritional status of Filipinos?)

If left unresolved, Acuin explained, this can give rise to more non-communicable diseases (NCD) – an entirely different problem.

NCDs usually last long and these include cardiovascular diseases, cancers, chronic respiratory diseases, and diabetes. (READ: How being overweight can threaten your health)

Physical activities and the right healthy diet can lessen the risk of these diseases affecting Filipinos. Interventions should be done by the public health sector – awareness campaigns and better health care – to address the problem.

Acuin emphasized this might become a burden not just to Filipinos, but also to the Department of Health (DOH), if not addressed properly.

(If the number of people suffering from NCDs further increases, the DOH will have a hard time addressing this, as medication for NCDs is more expensive.) – Rappler.com

Ending hunger and malnutrition is part of the 17 Global Goals and an important issue #PHVote 2016 aspirants should tackle! How can the Philippines achieve this by 2030? Join the conversation at Rappler’s Innovation +Social Good! Register here.