Immersing and living in Real

Aug 11, 2015 6:02 PM PHT
Gretchen Filart Dublin
Facebook Twitter Copy URL
Copied
'For a 22-year old whose mind wasn’t so open yet to the many faces of traveling, our forced immersion in one of Quezon’s poorest towns easily became the worst travel experiences I’ve had then' 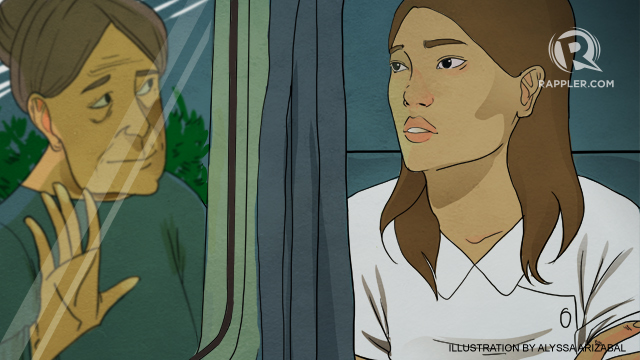 No cellphones. No journals to confide knee-jerk thoughts to. No music to lull me to sleep. No phone-a-boyfriend or other lifelines. No stress-relieving cigarettes. No pocket money, save for a hundred pesos. Nothing but the bare essentials and one classmate-slash-housemate in a house of rural indigents – our “foster family” – in a small, poverty-stricken village in Real , Quezon for a week.
For a semi-millenial baby like me, this abrupt unplugging from the comforts I’ve become accustomed to, that 360-degree shift, wasn’t just a nightmare. It’s the nightmare of all Freddie Krugger nightmares.

I crunched my knees up on the bus on board to Infanta and welled up.

“This trip leads me to uncertainty… and possibly to death,” I wrote in my journal. A friend seated next to me thought it was an overly melodramatic psychobabble.

“You’re just going to live with a different family for a week!” she squealed.

Three days into that trip, that same friend  –  who’s the toughest mama of 3 I know  –  cried desperately in front of an audience of 50 as we spoke of our respective experiences. It was the closest I’ve seen of her to giving up.

At the back of our heads, we all wanted to, but that also meant giving up on graduation, that RN title, on our futures, and the futures of our families.

The community immersion program, as administrators in the school called it, was created for one purpose: to immerse ourselves in the culture of poor rural communities who have limited to no access to health care so that we can educate them about everyday practices that pose health risks.

Change the status quo, so to speak.

Nanay Edna and ‘our’ family

We arrived at dusk on brown, earthen roads dampened by a nearby stream. Nanay Edna peeked out of her kubo (hut) along with two of her boys to welcome me and Chikki, my housemate for the week. 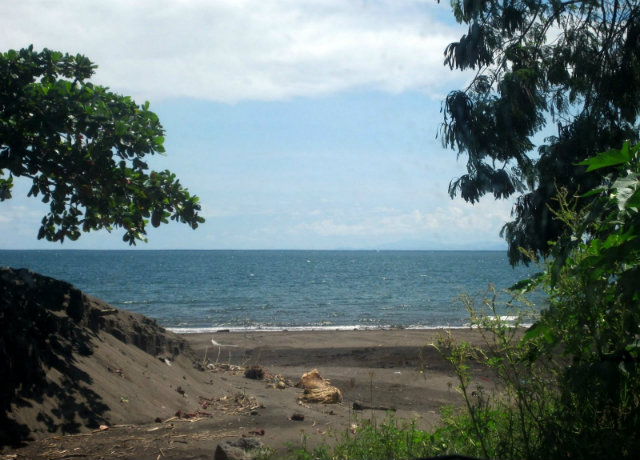 “Magandang hapon po (Good afternoon!),” we greeted in chorus. She reciprocated with a warm smile and hot salabat (ginger tea).

Introductions were short. Nanay Edna is used to students like us coming in and out of her home every year for community interviews, though this was her first time to actually host a pair for a week.

Our “grandmother” uttered the Angelus in Latin, its strange melody contoured beautifully with sadness and age. Chikki and I sat on the family’s bedroom floor behind Nanay Edna and her 4 sons, muttering foreign words to Jesus.

Like many Filipinos, faith is the glue that holds Nanay’s family together, especially on days like that when her husband was out in the sea for a bounty. Sometimes, he’d stay at sea for days to a week and only have enough catch to feed his family.

The next day, I opened my eyes to our three-year-old foster brother, now squatted next to us, peeing on the same bamboo floor that we slept in for the night. At night and sunless early mornings, it was more convenient to do one’s business by the balcony or elsewhere in the house than to scoop pails of water from the artisan well, then stagger in complete darkness to the restroom 100 meters away.

Mounds of excrement  –  both canine and human –  covered in gray sand, were a common sight at the beach not too far from home.

Like many folks in town, Nanay’s makeshift bathroom  –  a roofless, miniscule bamboo cubicle with a flimsy door made of tattered rice sack – is installed outside her home. It is used sparsely, often only for bathing, never in the evenings.  There are no street lamps at night, and we used gas lamps to wash the dishes by the well.

Even the few households who had access to electricity like Nanay Edna’s barely use it, not that they even have appliances to begin with. We get by with a single light bulb in the living room in the evening while we eat and while the children finish their homework.

Most pay less than P10 per month for electricity.

“Yun lang ang kaya namin (That’s all we can afford),” Nanay would say.

Afternoons were raw and humid despite the sea breeze. On early mornings after cleaning the house, we roamed the neighborhood, interviewing one mother after another as they bathed their toddlers using antique deep well pumps. We return to our respective homes before lunchtime to help out in the kitchen and cut up bits and pieces of foodstuff using a worn bolo, its once-sharp edge now wholly consumed by rust.

These meals, consumed using bare hands, we strategically divide 1:1 – one small scad or a tiny scoop of vegetables for each of us. But no matter how insufficient, we make sure to compliment Nanay for the food and generosity she extends to us.

Dusk often finds Chikki and me sitting on a bamboo bench at the balcony, finishing reports for the following day. It was one of my favorite things to do, looking at the tangerine sun next to Chikki and Nanay while sipping burned rice extract; discovering both their stories, the only thing that keeps our mind off homesickness.

Nights tend to be less forgiving as the balmy air creeps into the crevices of the bamboo floor our family of 8 lays on. Even under a blanket it can get unbearably cold.

By the third day, we have become accustomed to living in Real –  even to the rumored third dimension creatures lurking around Nanay’s bush-lined balcony. Chikki developed mysterious welts that persisted for a week after we came back to Manila (and which also just magically disappeared). Doctors prescribed her various topical ointments, none of which worked.

“An elf lives by the well, and he likes you,” our foster grandmother would say.

I, on the other hand, heard a galloping horse and a large, indistinguishable shadow outside the loo one early morning. Everybody was asleep and there is not a single horse in town or the adjacent ones. Tikbalang, they call it.

But despite these forces and the difficulties of being a Real townsfolk, by the tail end of it, we found ourselves forever indebted to the families who adopted us and saddened to be leaving. These poor families, stripped of financial capacity to suffice their daily needs, opened their doors to us and treated us no different than they do every family member.

For many of us, travel is a matter of leisure. Often, it’s done to unwind, to discover and revel in new destinations, to renew our sense of wonder amid the drabness of life. For a 22-year old whose mind wasn’t so open yet to the many faces of traveling, our “forced” immersion in one of Quezon’s poorest towns easily became the worst travel experiences I’ve had then.

Some travels manifest their meanings in an instant, some years down the road. Today, I look back at it and see it as one of the most eye-opening too – and I will do it again in a blink.

As we boarded the air conditioned bus  –  our first whiff of luxury in a week  – Nanay Edna, who cried buckets of tears as we sang “That’s What Friends Are For” to her a fortnight ago, said, “’Wag niyo kaming kalimutan, mga anak (Don’t forget us, my daughters).”

Our trip to Real was intended to share and influence lives of the families we lived in. In the end, as it turns out, it was us whose lives they have forever changed.

It’s been 8 years. Nothing has ever been forgotten to this day, Nanay. Nothing. – Rappler.com

Gretchen Filart Dublin is a freelance writer and all-around word weaver. She likes sunsets and sneaking out with her toddler on solo Sundates. You can find her adventures on her blog, Filipina Explorer, or Instagram @filipinaxplorer.