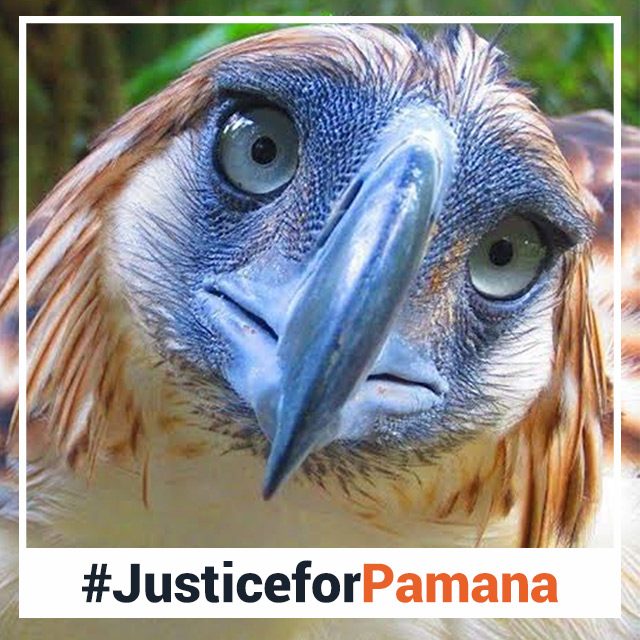 MANILA, Philippines – The Philippine Eagle Foundation (PEF) is asking netizens to change their profile pictures to Pamana’s (Heritage) photo for at least one day starting Friday, August 21, “to mourn her senseless killing.”

PEF also launched a crowdfunding effort to identify the person behind the killing and to prosecute the perpetrators.

In a Twitter post, Felicia Atienza, a member of the PEF’s Board of Trustees said donations will also be used to protect the remaining 400 pairs of the Philippine eagle left in the wild.

These are the other activities that can be funded through these donations:

PEF released Pamana into the wild on June 12, 2015 to mark Philippine Independence Day. She was about 3 years old at the time of her death.

Meanwhile, the government offered a P100,000 reward to anyone who can provide information that will lead to the arrest and conviction of the person who shot the Philippine eagle.

Any relevant information can be reported to the hotline for illegal forest activities in Mount Hamiguitan: 0947-611-6083.

It is illegal to kill a Philippine eagle, the country’s national bird and the only blue-eyed bird of prey known to man. Its population is being endangered by habitat loss and degradation caused by deforestation and poaching. – Rappler.com