Tsaa Laya: The art of growing tea and creating work for the poor

Sep 5, 2015 9:00 AM PHT
Dindin Reyes
Facebook Twitter Copy URL
Copied
How can tea transform a jobless area into a place with a thriving economy? A cup of Tsaa Laya tea tells the story. 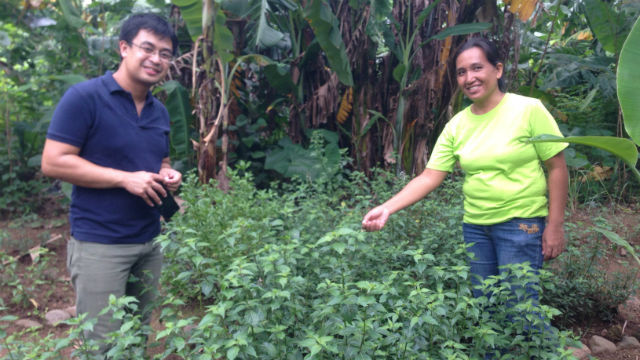 LAGUNA, Philippines – Every time you hold a cup of warm tea in your hands, you can rest in the knowledge that your tea came from tea leaves somewhere out in the world, sprouting fresh from the earth with the hot sun beating down on it.

But, do you ever wonder whose hands picked those leaves and whose loved ones tilled the earth for that tea in your cup?

From seeds being planted to tea bags being soaked, every cup of tea has a story. As a bag of Tsaa Laya tea flavors the water and spreads to air, it tells the story of Filipino women from urban areas finding their way back to wholeness with herbs, gardens, and opportunities.

Bringing back life to a ghost town of women

The first time Jamir Ocampo, founder of Tsaa Laya and the company that produces it, Kapwa Greens, set foot on the compound it was 2012, and a year after he worked for the Commission on Human Rights (CHR).

At the CHR, what he saw was many housing opportunities with very little job opportunities. Instead of being resettled in the full sense of the word, informal settlers were being moved to places that were safer, yet here, they continued to be vulnerable, hungry, and jobless.

NHA Site 2 was a ghost town of women and families similar to neighboring site Bayan ni Juan, where women and children were prostituting themselves for food. Needing to provide for their families, the husbands lived in cities far away from them, while their wives who had skills sets suited for urban factories and workplaces sat waiting.

Wanting to provide a solution, Jamir came back in 2014, this time as an entrepreneur partnering with the community’s caretakers, the Don Bosco Fathers and the Ayala Foundation. Together, they transformed 3 housing units into a tea plant.

Knowing what Jamir knew about local herbs, he knew that plants you could grow easily could become a steaming cup of good tea. The community could plant the herbs, the mothers could work at the tea plant near their houses, and the absence of the need to travel from farm to tea plant meant the product would be fresh and organic.

Jamir connected the dots and pitched his idea of starting Kapwa Greens, a social enterprise that would develop herb-based products just like Tsaa Laya, to the “I Am A Changemaker” competition hosted by the British Council. After getting funding, Jamir and the community women started brewing. 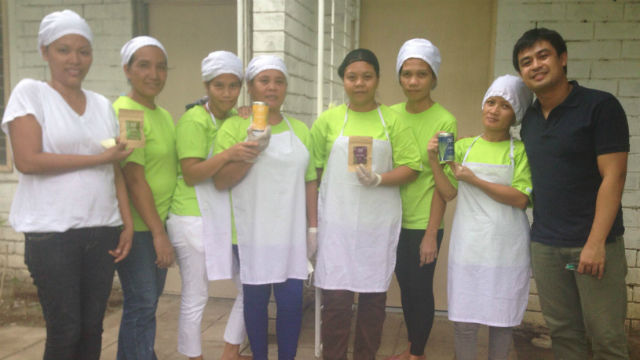 There are two requirements for working at Kapwa Greens to produce some Tsaa Laya tea. One, you have to be physical fit. Second, you have to be part of the Pantawid Pamilyang Pilipino Program (4Ps). Managed by the Department of Social and Welfare Development, the 4Ps program provides small cash transfers to poor mothers as long as they make sure their children are going to school and being kept healthy.

A wealth of these 4P program members reside in NHA Site 2 but only a few of them thought to apply with Kapwa Greens. These were women whose skills didn’t reside in farms but in urban workplaces. Being provided with training in the community but not being given related jobs after had given the women of the housing project a phobia for livelihood projects that went nowhere. A few, however, decided to try anyway.

“Proud ako na ito ngayon ang buhay namin (I’m proud of our lives right now),” said Jennylyn Umali, community leader and a quality head at Kapwa Greens. One of the 7 plant workers who call themselves the Pabebe Greens, Jennylyn found herself in Calauan, Laguna for the same reason that most of the mothers landed there – Typhoon Ondoy, known internationally as Typhoon Ketsana.

Ondoy affected 993,227 families and Jennylyn’s family of 6 was one of them. Up to this day, she recalls watching the storm from the second story of her home in Pasig City, thinking it could be the end. “Pag makita mo yung alon, para kang nasa gitna ng dagat (If you could see the waves, it was like you were in the middle of the sea),” she said.

The rains subsided and she was left with a phobia for rain in the city. When it was offered, her family opted to undergo what she called self-demolition – they chose to be relocated. Her larger family objected, saying she had no one to run to in the middle of Laguna. Knowing they were right she replied, “’Di bale, pag-aaaralan ko maghirap. (Never mind, I’ll learn how to be poor and live with it.)

She’s been living in the NHA project in Calauan for 5 years and it’s been hard. From both her and her husband having a job in Manila, they went back to zero.

They arrived in a place without electricity and water promised to them, and for the first period of their stay, all anyone could do to make money was to sell the appliances they couldn’t get to work anyway. 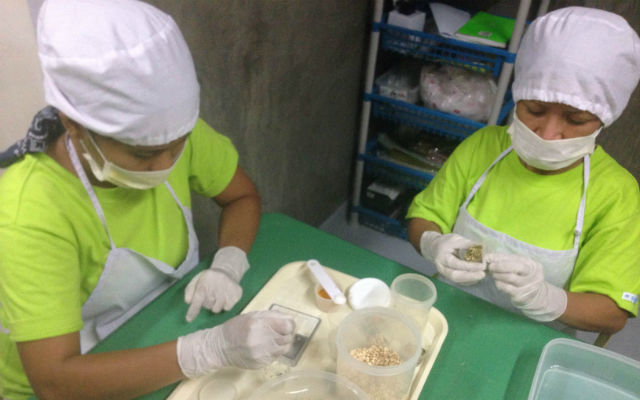 “Magastos ang tumengga (It costs money to be idle),” Jennylyn said, so she decided to clear the land in front of her to make sure no snakes were slithering around. Eventually it became a family project – 5 years of experimenting and seminars with the Climate Change Commission, and her garden is now an organic mini-farm that other residents try to copy.

Her garden is an unoccupied lot, one of the many free lots that the NHA said they could cultivate while it isn’t being used. She has gotu kola, tanglad (lemongrass), herba buena, and pandan – all key ingredients in Tsaa Laya teas. Aside from being a provider of herbs, Jennylyn is also a provider of seedlings to other residents who she’s encouraged to plant. She told them, “I’ll buy whatever you can grow.”

With Kapwa Greens as a secured buyer of their produce, many residents have chosen to divide some of the free lots at NHA Site 3 so they could try their hand at gardening as a business. There, tanglad grows everywhere and a local economy thrives. 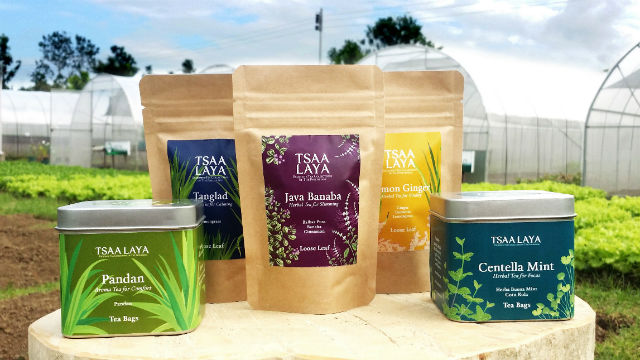 The mothers at Kapwa Greens are proud to be working, and they’re proud that the work they do helps people live healthier lives. They describe their work as a miracle, “malaking biyaya.”

The money they earn daily goes to small things like rice, their kids’ allowances, money for school projects, but it goes a long way in giving them peace of mind. Jennylyn said, “Na-relax na isip namin, ‘di na kami kumakapa.” (Our minds are more relaxed. We aren’t groping in the dark anymore.)

Kapwa Greens seeks to take the production of Tsaa Laya teas to a larger scale, not just for profit, but to build on the thriving local economy and value chain it’s built at the NHA housing project.

With the local herbs growing fast and within walking distance from the tea plant, drying can happen immediately and packaging the next day. The story of Tsaa Laya starts in the urban areas where families are relocated because of either natural disaster or demolitions, but they flourish and continue in a rural setting.

The true premium of a tea like Tsaa Laya comes not just in the flavor and the freshness of the tea, it also comes in the hope and creativity it brings to a place like the NHA site in Calauan, Laguna. Kapwa Greens helped transform a housing project into fertile soil where people could grow.

For their part, the mothers have brought new value to enjoying a good old cup of tea. – Rappler.com