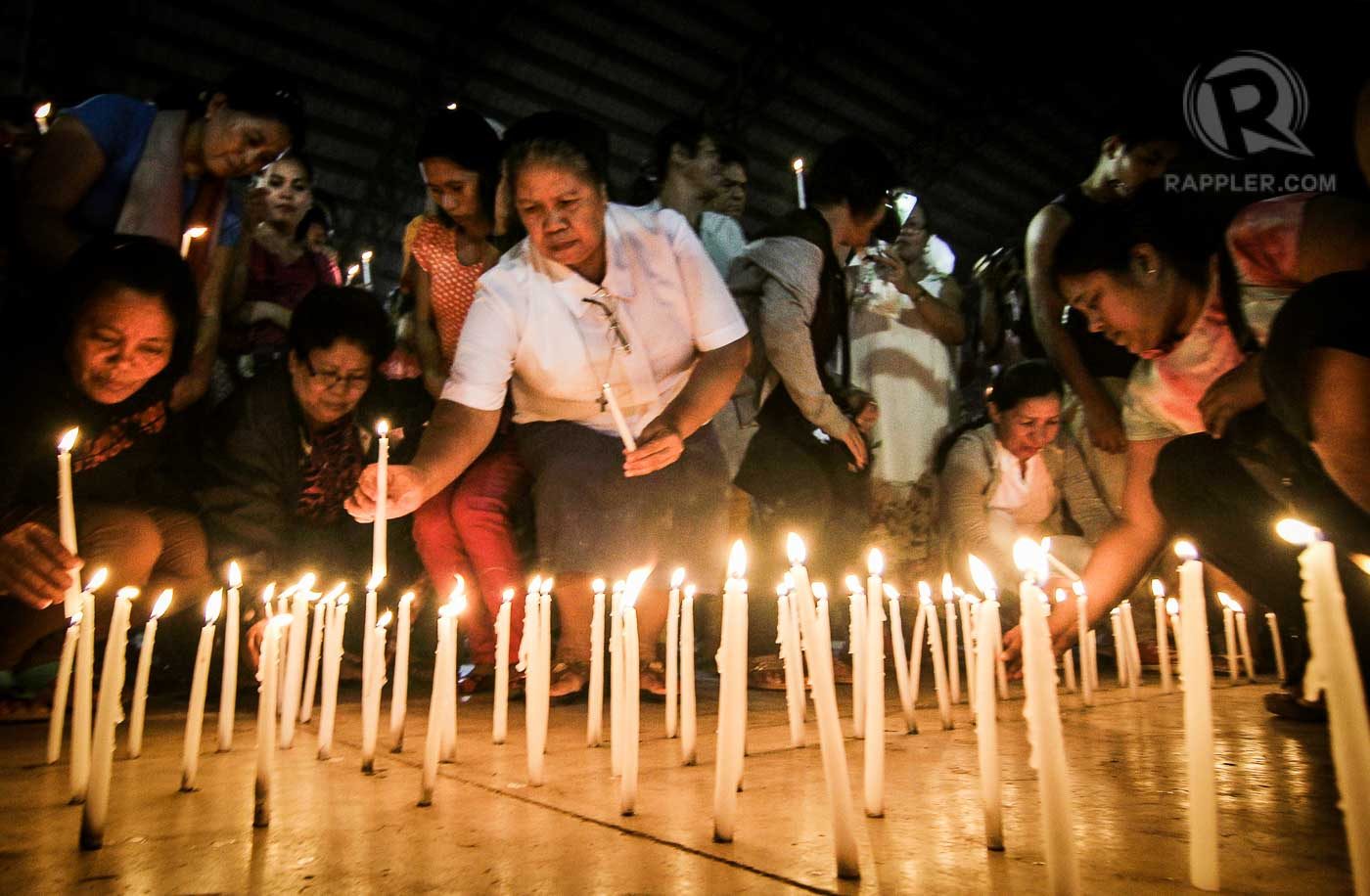 MANILA, Philippines – Two United Nations special rapporteurs urged the Aquino government to look into the spate of killings of rights activists and Lumad, the indigenous peoples in Mindanao.

The UN special rapporteurs on indigenous peoples rights, Victoria Tauli-Corpuz, and on human rights defenders, Michel Forst, were alarmed by the reported killings that victimized at least two Lumad and an advocate protesting against alleged rights violations, mining and land conversions in ancestral lands.

The UN rights experts said in a statement issued by the Office of the High Commissioner for Human Rights (OHCHR) on Tuesday, September 22:

“Military occupation of civilian institutions and killing of civilians, particularly in places such as schools which should remain safe havens for children from this type of violence, are unacceptable,  deplorable and contrary to international human rights and international humanitarian standards.”

Witnesses, including the child of indigenous leader and farmer Dionel Campos, claimed paramilitary elements and soldiers are behind the killings.

Thirteen-year-old Shin Campos earlier told Rappler she saw her father shot in the head twice allegedly by military and paramilitary elements on September 1 near their village in Lianga town in Surigao del Sur.

Meanwhile, Emerito Samarca, executive director of the Alternative Learning Center for Agricultural and Livelihood Development (Alcadev), was hogtied and stabbed to death inside a classroom in the village.

“Following the murders, the military is hindering the access of indigenous communities from spending long periods of time needed for tilling in the mountains where their farms are located. The communities are also denied access to the sacred burial sites also located in those mountains,” Corpuz and Forst said.

The Philippine military is also being accused of committing brutal murders that took place in Mendis, Pangantucan, Bukidnon, Northern Mindanao, victimizing 5 members of a Lumad family, including a 72-year-old blind person and two children. 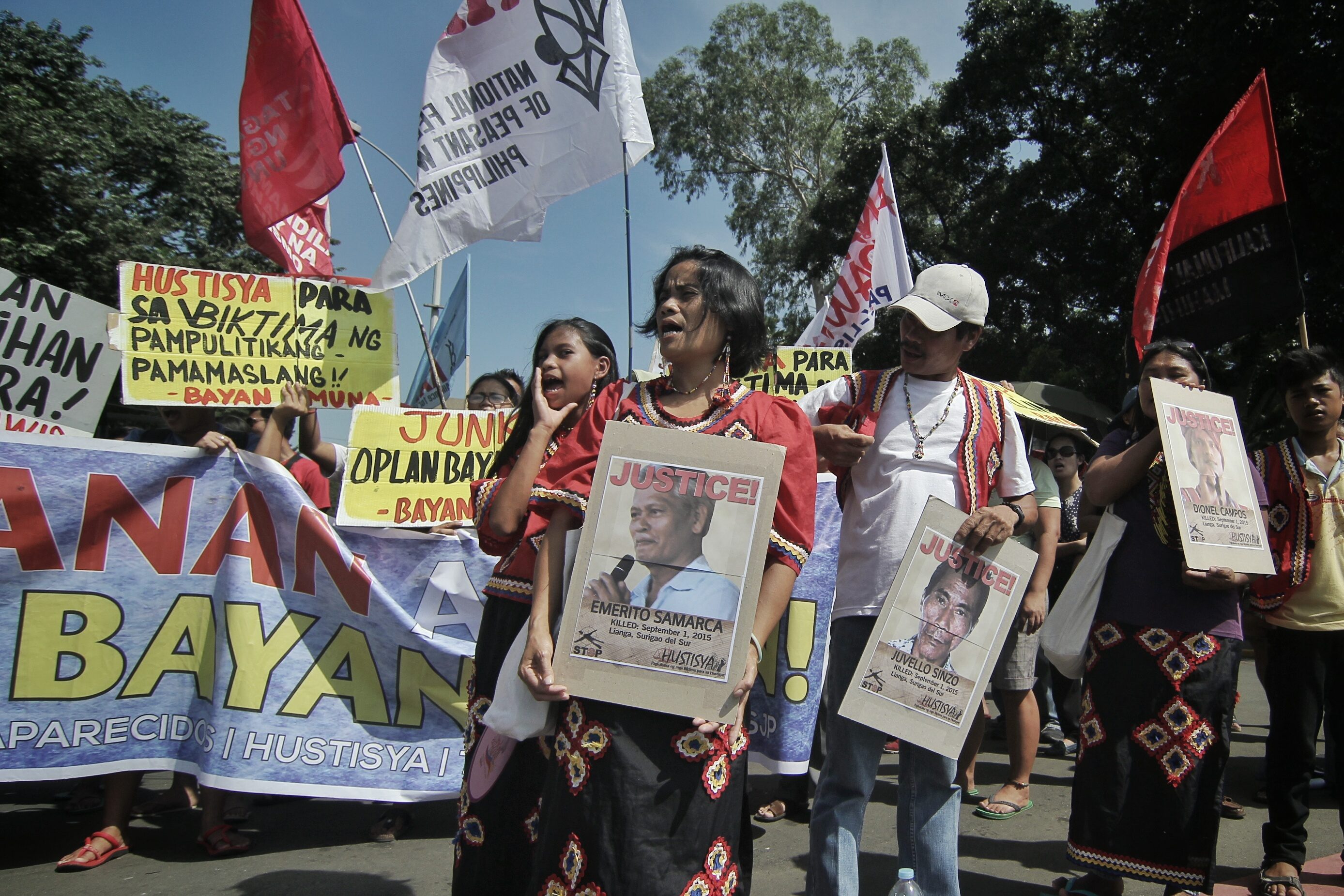 The UN delegation of the Philippines has already announced at the Human Rights Council (HRC) in Geneva that “an investigation is underway,” Tauli-Corpuz and Forst said, calling on the Philippine government to hold the perpetrators accountable.

“We urge the Philippine authorities to ensure that such investigation into these tragic events be carried out independently to identify and bring perpetrators to justice, to ensure the safe return of the indigenous peoples displaced by the recent violent events, and guarantee redress to the victims’ families in compliance with their indigenous traditions and the demilitarization and restoration of peace in regions affected by armed conflicts, including in Surigao del Sur and Bukidnon.”

The military has consistently denied any involvement in the killings and violence amid growing public outcry for justice and accountability.

Armed Forces chief General Hernando Iriberri earlier told the House of Representatives that the suspected perpetrators, the Magahat-Bagani Force, operate independently of the military. (READ: Lumad: Caught in the middle of a war)

The armed group is believed to be under the control of the Army’s 36th Infantry Battalion, according to residents and activists, who claim that they are being attacked because of the government’s anti-insurgency campaign.

In an exclusive interview on Rappler Talk, Tauli-Corpuz called on the Aquino government to dismantle the paramilitary group.

According to the indigenous group Katribu, 53 Lumad had been killed extrajudicially under the Aquino administration. Based on the group’s documentation, the killings intensified in 2015, claiming 13 lives as of September 1, and displacing thousands. – Rappler.com