Sep 27, 2015 3:30 PM PHT
Efren N. Padilla
Facebook Twitter Copy URL
Copied
'The superiority of political dynasties is the dead end of Philippine politics. Unless we institutionally diffuse political power or change our political narrative to a multidimensional one' If there is a question that symbolizes the culmination of our so-called Philippine-style democracy, it is this: Nagalaw pa ba iyan (Is he still alive)? It’s a line from the film Heneral Luna.

What struck me first was the question’s implied rawness and sheer brutality. The more I ponder about it, the more convinced I am that our country’s political fate is self-inflicting, self-perpetuating, and self-fulfilling.

Sadly, the demise of our democratic subculture may be traced from what our parents have taught us — particularly from Trinidad Famy Aguinaldo, mother of the first Philippine president, General Emilio Aguinaldo.

It was Trinidad who asked “Nagalaw pa ba iyan (Is he still alive)?” She threw this question at General Antonio Luna’s assassins after watching the killing from a window. Luna is her son’s alleged rival.

Mercilessly hacked, pierced, and targeted, Luna had no chance of surviving several wounds inflicted all over his body. Trinidad wanted to be sure that Luna was dead.

Since then, Philippine politics is almost like a rerun of the Cabanatuan set-up, Luna’s death. While the ruse tells us a sad and familiar story of betrayal, death, and corruption — all of which still plague us today — I think it’s more than that. 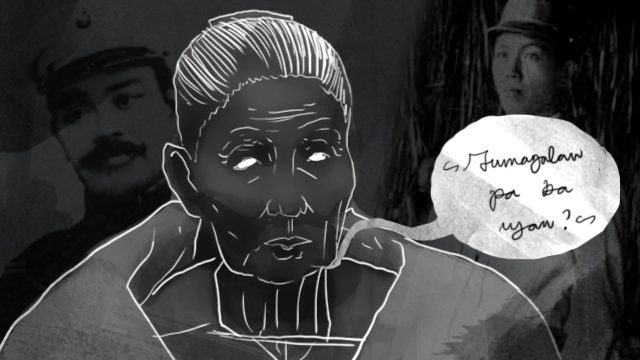 For me, what transpired in the murder of Luna symbolizes the political intersection of the value of personalism and the practice of institutionalism. The former depends on the force of the family to organize and control power while the latter relies on the force of law to legitimatize and enforce authority.

When the institutionalism’s impulse prevails, it’ll be easier to persuade our people that we have politically evolved and kept up with societal changes. Also, it’ll be easier for our people to accept the notion that the best way to regulate the general welfare is to limit the traditional familial power with institutional power. (READ: Limiting political dynasties will help the poor)

Unfortunately, in a highly personalistic culture such as ours, the personalism tends to impose itself at the expense of the latter. As a result, it creates a structure of power susceptible to the impulses of dynastic system of politics. That’s why we have too many hyper-privileged political families in the country who believe they’re not only destined to rule over others, but also entitled to be treated special.

The superiority of political dynasties is the dead end of Philippine politics. Unless, of course, we institutionally diffuse political power or change our political narrative to a multidimensional one. But that is another topic. (READ: Can Filipinos destroy political dynasties?)

In my college years, I already harbored an anti-hero sentiment. I did not bother my friends about it because it’s not fun to “rock the boat.” I wanted to fit in. But over the years, I have not changed my stance. Anyone who worships a hero or a heroine is bound to be disappointed.

Without them, I have learned to trust myself as well as my capabilities. After all, all that there is to depend on is one’s disponibilité — one’s readiness and availability.

As Bishop Desmund Tutu aptly puts it: “Do your little bit of good where you are; it’s those little bits of good put together that overwhelm the world.” – Rappler.com

Efren N. Padilla is a full professor at California State University, East Bay. His areas of specialization are urban sociology, urban planning, and social demography. During his quarter breaks, he provides pro bono planning consultancy to selected LGUs in the Philippines. Visit his blog here.