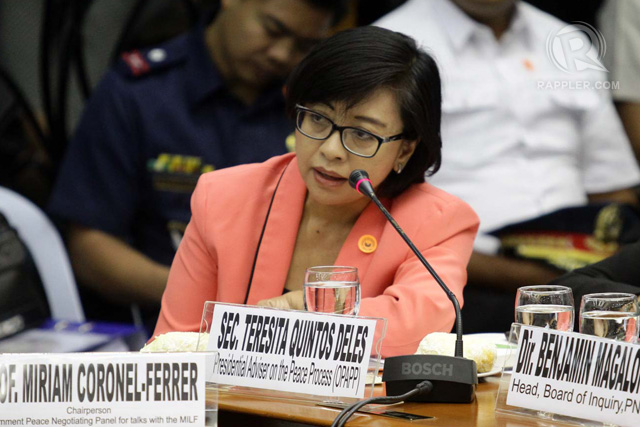 Beating the deadline by a month, she explained, will send a positive message to the international community involved in the summit.

“This is going to be our message to the world that we will not waste the opportunity provided to really jumpstart peace, security, and development in the region,” Ferrer said. “This is the timeframe we’re looking into at ang apila natin sa ating mga legislators ay tapusin na ang naumpisahan na (and we appeal to our legislators that they finish what they’ve already started).”

‘No reason to not be prioritized’

Members of the peace panel are aware that the proceedings of the BBL is hindered by several events, such as the budget deliberations and the upcoming filing of candidacies for the 2016 elections. However, other bills and the “election fever” should not leave the BBL and those waiting for its passage hanging in mid-air.

“Kung napakahalaga sa iba ang ibang batas, ganyan din kahalaga para sa mga taga-Bangsamoro ang BBL (If other bills are important for some, that’s how much important the BBL also is to those in the Bangsamoro),” Ferrer emphasized. “Let us not drive them into hopelessness by continuously delaying the process and keeping them in the dark of the bill’s status.”

She added that politicians need not worry about their popularity rating if they choose to champion the BBL.

“Do not underestimate the domestic support given to the BBL,” Ferrer emphasized. “The world is also watching and they’ve express support.”

Both the peace panel and the House ad hoc committee on the BBL remain optimistic that the bill will be prioritized when the session resumes on November 3. They are also looking forward for the bill to finally be certified as urgent by President Benigno Aquino III once it reaches the second reading.

According to Anak Mindanao Representative Sitti Djalia Turabin Hataman, they are working double time to gain the support of other legislators.

“We continue to be hopeful,” she said. “Despite that the time is not with us right now, we hope that the BBL will be tackled already after the break and the budget deliberations.” 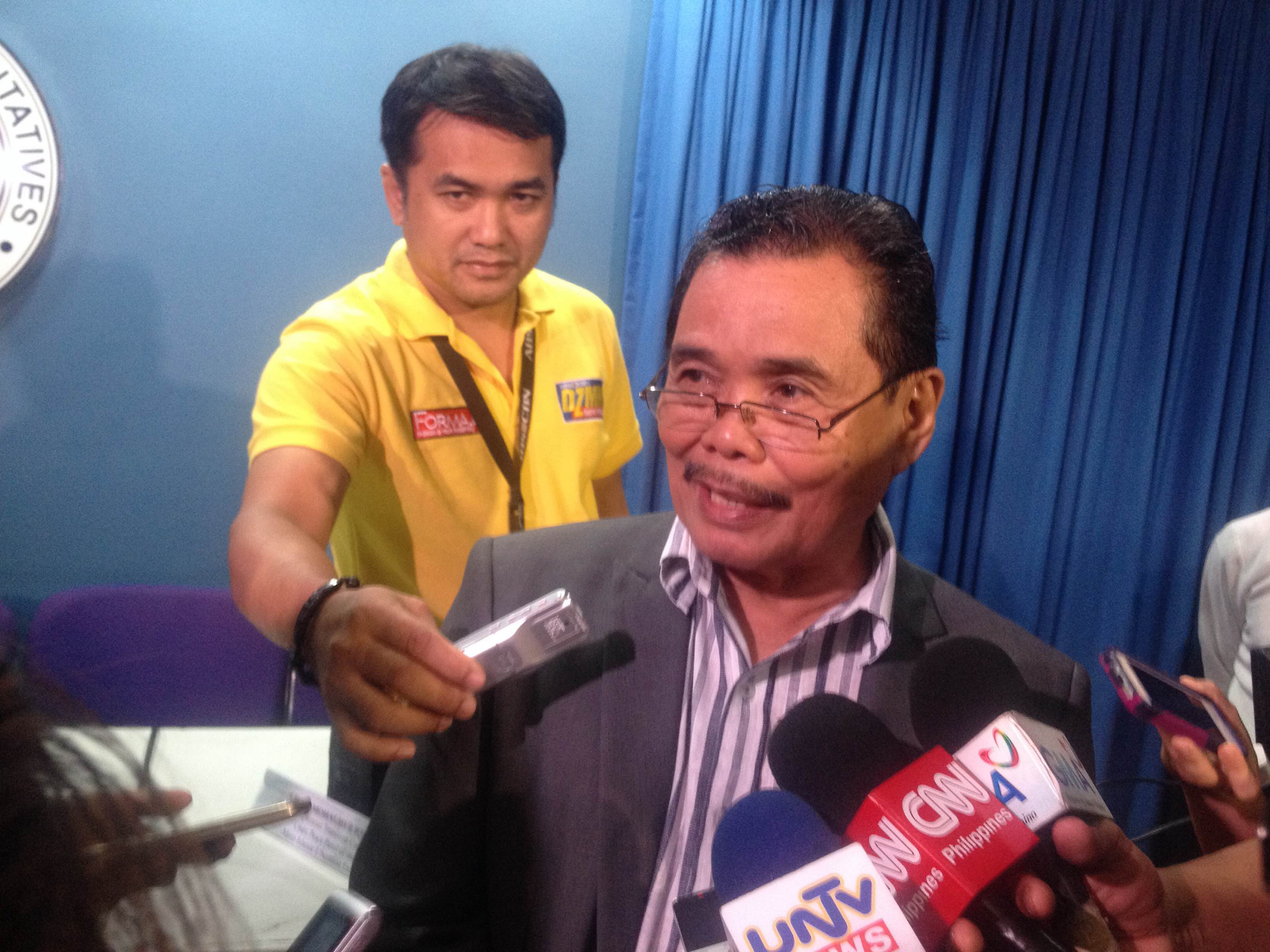 If the BBL is not passed within the next two months, the elections may pose as a threat already.

“We have witnessed how the timelines of the passing of the BBL fell on the roadside,” he said. “The next only window of opportunity is the next deadline and after that, it is all politics that fill the air.”

However, Iqbal said that there’s no need to look back why it had been delayed for so long “lest they bring back hard memories,” but to channel the energy to lobbying Congress.

“The fate of the BBL is in your hands and history will judge you on how you dispense with the BBL,” he said. “Genuine peace with justice is within our grasp and let us not lose this golden opportunity so that long years of conflict will never happen again.”

The BBL is the only route toward peace in the region, Iqbal added, and they will continue on pushing for the “key solution to the Bangsamoro question.”

“Let us bury this hatchet and face the future with renewed hope and true happiness,” he said. “Let us hasten the path towards real reconciliation.” – Rappler.com