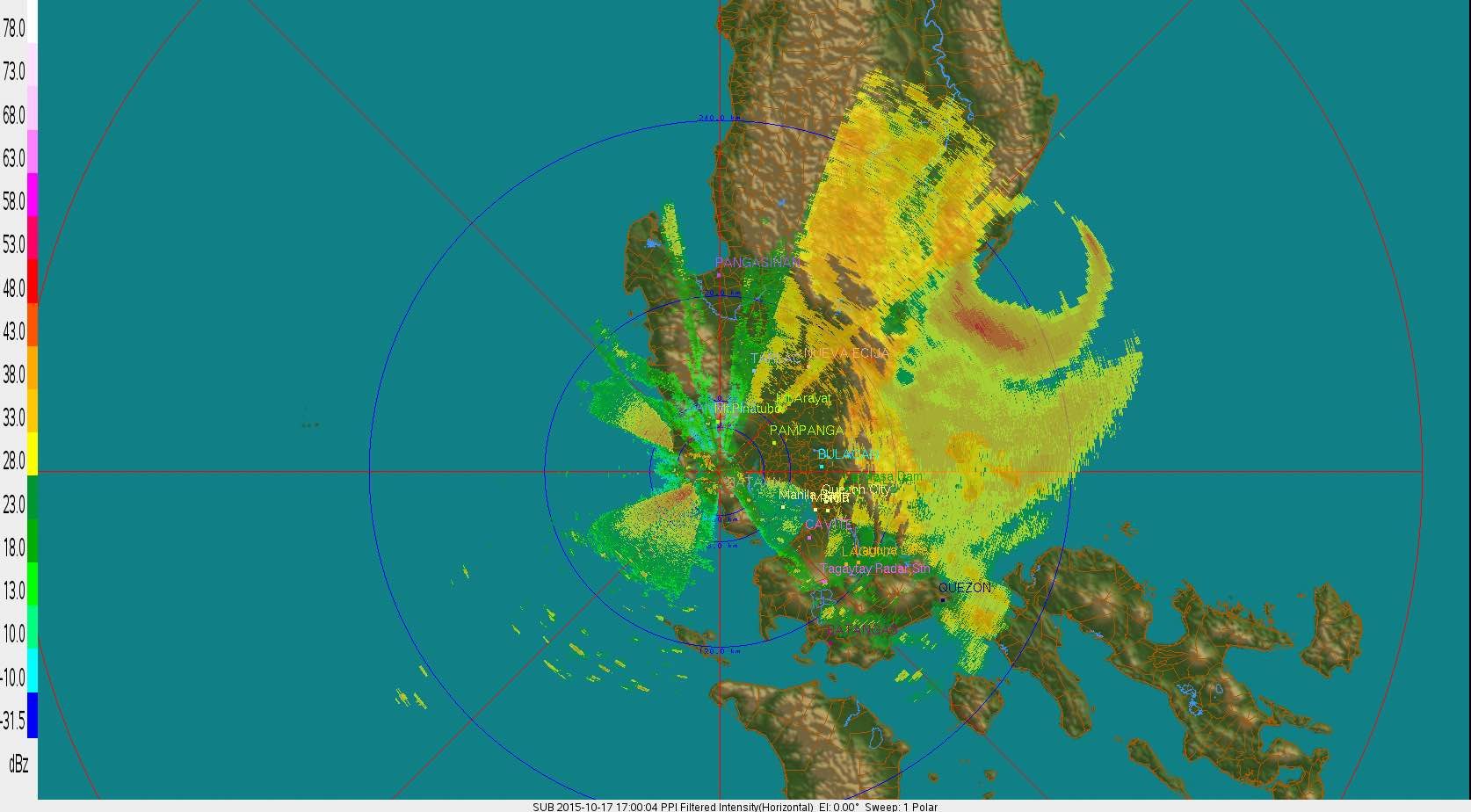 Facebook Twitter Copy URL
Copied
As it hits land, it continues to pack maximum sustained winds of 185 km/h near the center and gustiness of up to 220 km/h

MANILA, Philippines – The center of Typhoon Lando (Koppu) made landfall over Aurora province, according to state weather bureau PAGASA.

At 1 am, Sunday, October 18, Typhoon Lando was estimated to be in the vicinity of Casiguran town.

As it hit land, it continued to pack maximum sustained winds of 185 km/h near the center and gustiness of up to 220 km/h.

Independent local weather organization Weather Philippines followed suit an hour after, 12 am, Sunday, October 18, calling Lando “a dangerous Super Typhoon” as it continues to move slowly westward in the past 6 hours approaching the shoreline of Aurora.

“This cyclone will bring powerful winds and heavy rains across the eastern sections of Northern Luzon today through Sunday,” Weather Philippines said in its advisory.

In its 11 pm bulletin, however, PAGASA maintained that Lando was still a typhoon.

Help on the way

At a little past 1 am, the Philippine Red Cross (PRC) reported loss of power in Bgy Isteves in Aurora Province, Santiago City in Isabela also in Aurora, and the municipality of Nagtipunan and Madella in Quirino.

Meanwhile, the Armed Forces of the Philippines (AFP), according to NDRRMC, had prepositioned 8 army cargo trucks, 20 Air Force helicopters, and other Navy assets for search and rescue operations.

The Department of Social Welfare and Development (DSWD) prepositioned resources with more than P18,400,000 standby funds, 196,737 family food packs, and P158,164,761.76 worth of food and non-food items available. The DSWD has also scheduled the delivery of food packs to the provinces of Bulacan, Nueva Ecija, Tarlac, and Baler in Aurora. – Rappler.com