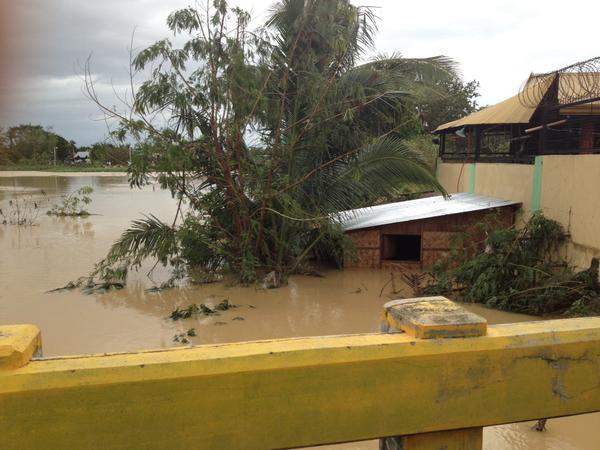 CABANATUAN CITY, Philippines – Two farmers were confirmed to have died in Cabanatuan City after trying to save their carabaos from the onslaught of Typhoon Lando (international name Koppu).

Mario Abesamis, 54, and Pedro Tuarez, 65, died sometime on the night of Sunday, October 18 or early the next day, said Cecille Padolina, disaster response officer of General Tinio in Cabanatuan City.

“They died trying to save their carabaos. Mario’s house is near a river. We believe when the river began to a swell, it was too late for him to get out,” Padolina told Rappler. (READ: Typhoon Lando: ‘Worst floods’ in Cabanatuan)

Their bodies were found on Monday morning. Their carabaos survived, said Padolina. They have been tied outside the homes of the two victims.

Abesamis was a resident of Barangay Pias while Tuarez lived in Barangay Pulong Matong, both in the General Tinio area.

Nueva Ecija governor Aurelio “Oyie” Umali was saddened by the news when he received it this morning.

“They are farmers who rely heavily on farm animals na kasama nila, pinapaliguan, pinapakain, at kasama nila lumalabas sa bukid (they are always with, giving them a bath, feeding them, accompanying them to the farm),” he told Rappler.

Typhoon victims putting their lives on the line for the sake of their animals is a common challenge for disaster officials in the Philippines.

The decision of people to stay behind in their homes to watch over their pet dogs, cats, or goats have even prompted some local government units to construct temporary animal shelters.

Carabaos are more than pets for farmers.

“It’s their partner in their livelihood. They consider working animals as part of their family. That’s why they try to save them,” said Umali.

As of 3 pm, only the two farmers are confirmed Lando casualties in Nueva Ecija.

Nueva Ecija is one of 10 provinces that remained under public signal number one as of Monday noon.

Lando continues moving at a speed of 5 km/h, and is moving towards the north-northeast, weather bureau PAGASA said. The speed of the typhoon is being affected by another storm to the east, Typhoon Champi, and the presence of a high pressure area, the bureau said. – Rappler.com