Oct 29, 2015 2:29 PM PHT
Ted Aldwin Ong
Facebook Twitter Copy URL
Copied
'Social enterprises can be instrumental in transforming communities out from poverty through the provision of goods, services, and opportunities and which can enable these sectors to take part in economic activities' 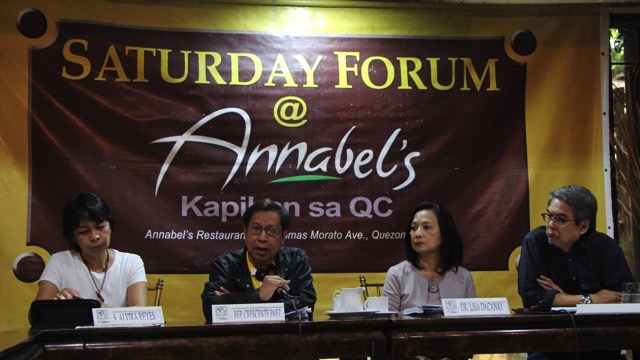 MANILA, Philippines – As the world hails the International Day of Poverty Eradication and the recent adoption of 17 new global goals during the United Nations (UN) Sustainable Development Summit in New York City, social enterprises calls on the Philippine government to put poverty at zero rates by fast-tracking the passage of the Poverty Reduction through Social Entrepreneurship (PRESENT) Bill.

“We call on Congress to gather its remaining opportunities to see this bill passed. We should not let the poor wait any further to provide the support that they need,” said Jay Bertram Lacsamana, executive director of the Foundation for a Sustainable Society (FSSI) and co-convener of the PRESENT Coalition.

The Sustainable Development Goals (SDGs) is a set of universal agenda critical in ending poverty, fighting inequality and protecting the environment across nations, adding that the integration of goals hinge on people, planet, prosperity, peace, and partnership will set a world where ‘No one is left behind’.

The SDGs succeeded the Millennium Development Goals (MDGs) and consists of 17 goals and 169 targets serving as a blueprint for 193 member states of the United Nations for the next 15 years or from 2015 to 2030.

First of the goals is poverty eradication with other important goals tackling gender equality, climate change, decent employment, inequality, and justice – some of which were absent in the MDGs.

During the Saturday Kapihan Forum at Anabels in Quezon City, Coop-NATCCCO Party-List Rep. Cresente Paez said: “We are pushing for the passage of the PRESENT Bill under the Aquino administration because we believe that social enterprise is actually the best model for achieving poverty eradication and inclusive growth.” (READ: Giving back to the poor: Why social enterprises matter)

Representative Paez, who is also the principal author of the PRESENT Bill, underscored that “social enterprises can be instrumental in transforming communities out from poverty through the provision of goods, services, and opportunities and which can enable these sectors to take part in economic activities.”

According to FSSI, social enterprises are mission-driven organizations that seek to benefit the poor and marginalized such as farmers, fishers, persons with disabilities, indigenous peoples, and women, among the various sectors in society. 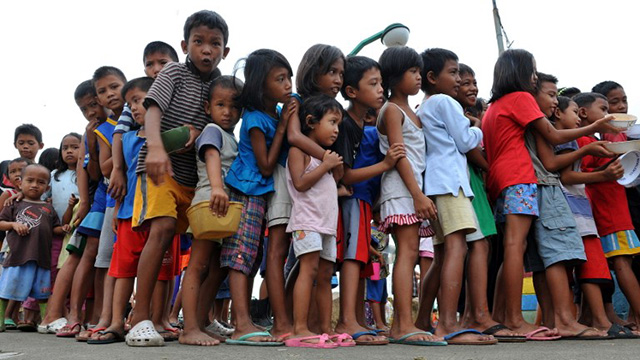 Social enterprises contribute to development by plowing back profit gathered from economic activities into community initiatives that will uplift the lives of those in the marginalized thereby attaining targets that fight poverty.

Under the SDGs, governments are encouraged to support policies promoting the growth and financial access of micro, small, and medium-sized enterprises in their respective countries.

In research done by the Institute for Social Entrepreneurship in Asia, there are more than 30,000 social enterprises that are seen to benefit 2.5 million poor Filipinos if support mechanisms are made available for social enterprises.

“With the potential of social enterprises in bringing development that is felt by the poor, we call the government to fast-track the legislation of the PRESENT Bill to influence the strategies it will employ in adopting the SDGs,” said Ms. Lisa Dacanay, president of the Institute for Social Entrepreneurship in Asia (ISEA).

Currently, the National Anti-Poverty Commission (NAPC) and the Department of Social Welfare and Development (DSWD) have identified social entrepreneurship as an anti-poverty strategy.

The PRESENT Bill seeks to grow more social enterprises by supporting major economic subsectors with the most number of poor.

The Senate version of the bill is filed by Sen. Benigno ‘Bam’ Aquino III. The bill is now waiting for second reading in both houses. The bill is also supported by the PRESENT Coalition, an alliance of various social enterprise practitioners, advocates, NGOs, and the academe who have joined together to lobby the passing of the bill.

The conveners of the PRESENT Coalition are Ateneo School of Government (ASoG) and the Foundation for a Sustainable Society. – Rappler.com

Ted Ong is a social development worker based in Iloilo and a senior policy analyst of the Center for Power Issues and Initiatives.