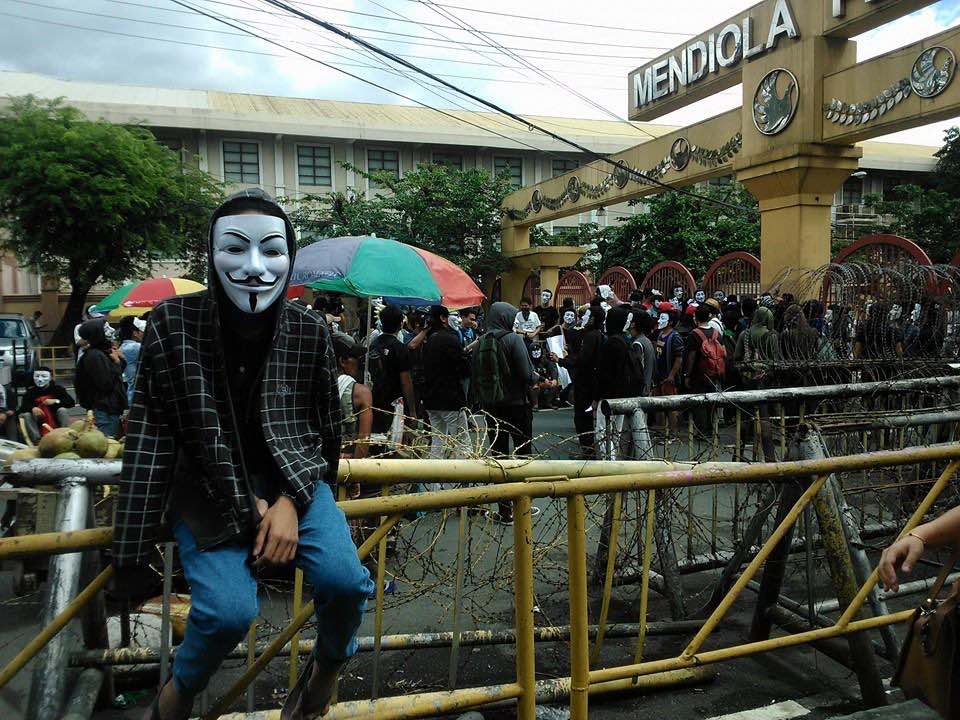 The event in Manila took place on Mendiola Street. Photos taken at the event reveal a passionate, but non-violent, of nearly one hundred people, most wearing the iconic Guy Fawkes mask that has since been associated with the group.

The rally is the culmination of their wide-spread defacement of Philippine government websites just a few days earlier, on November 3. Among the URLs hacked on that day were the local websites for Iloilo, Butuan, and Zamboanga del Sur, as well as some minor pages for the Department of Health (DOH).

Most of the defaced pages broadcasted a video message comparing the current national government to a corrupt computer system “prone to bugs and crashes.”

In line with the apocalyptic demands the group is known for, the video mentioned the need for such a government to be “reformatted,” as if it were a corrupt computer system.

While the motives of the group in its international form are generally broad, ranging from the promotion of internet freedom to combatting wealth inequality, their overarching ethos is defined by a deep-rooted mistrust of perceived abuses of power by government and large corporations.

In the Philippines, Anonymous specifically protested against government corruption, using online platforms to call for a redistribution of power away from the corrupt hierarchy.

In 2012, Anonymous Philippines vandalized the websites of various government agencies to protest the Cybercrime Prevention Act.

The hackers recently defaced the website of the National Telecommunications Commission (NTC) to express their contempt of the unreliable service and supposedly deceptive practices of local Internet Service Providers (ISPs).

On Tuesday, November 3, it also hacked the Twitter account of Maine Mendoza, who plays the popular Yaya Dub character in a segment on the noon-time show Eat Bulaga. – Rappler.com

Lorenzo Benitez is a Rappler intern. He is an incoming Cornell University student.