Filipina artist gets residency in Paris

Dec 7, 2015 5:02 PM PHT
Amyl De Gala
Facebook Twitter Copy URL
Copied
A young artist from Rizal gets an opportunity many artists would only dream about by getting an art residency in Paris, one of the world's cultural hubs 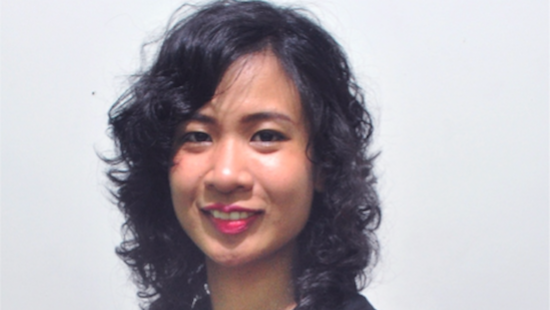 MANILA, Philippines – Paris is a city known for producing intellectuals and artists the likes of Claude Monet and Auguste Rodin. Most artists can only imagine being exhibited in any of the city’s galleries; but one Filipina is already living that dream.

Lou Lim, a 26 year old from Binagonan, Rizal, was granted an artistic residency in Palais de Tokyo – a popular contemporary art museum in Paris – as part of its “Emerging Artists from Emerging Countries” program, which runs from November until June next year.

Emerging Artists from Emerging Countries is an innovative venture that grants six artists across Southeast Asia an artistic residency in Palais de Tokyo running from November until June.

After applying for Emerging Artists, Lim was the first ever Filipino to be accepted.

Lim was astonished upon receiving her grant: “It is an overwhelming feeling – deeply happy, thankful, and excited; but, at the same time, [I’m] still learning to build my confidence in what I do and will be doing, and trying not to entertain anxiety.”

Lim works closely with mixed media, particularly paint on resin, and focuses on the surfaces and skin as subjects: “I wanted to explore and suggest the masking and unmasking of things. I am intrigued by how surface would imply that there is always something else.”

Regardless of the medium and materials used, this had always been recurring subjects in her artwork.

Lim said, “By changing the surface of things, or just lifting them up from their familiar context to another, I would like to interrogate or provide a comparison and contrast, or more likely a setting in which there could be a hope to look in the gaps, or in the linkage between them not from a figure of authority, but as an individual that seeks to inquire and understand.”

She remarked that she is fascinated with dissecting the skin as both a surface and a symbol; which create pieces that are at once individual and interconnected. 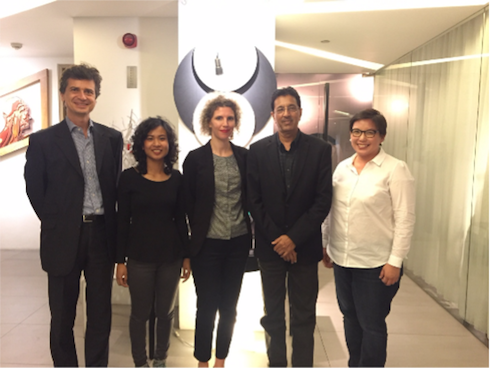 Aiding Lim with her residency is the Total Corporate Foundation which collaborated with the Palais de Tokyo for Emerging Artists from Emerging Countries. It is the same program that discovered Burmese artist, Aung Ko, and sculptor-painter, Chan Aye.

The project aims to discover little-known, but gifted artists, from Southeast Asian countries, and able to showcase them in the French art world. These artists take part in exhibits in Paris and other countries like Singapore.

Lim will also take part in the upcoming “Beneath the Moon Exhibit,” which will be shown at the Institute of Contemporary Arts Singapore from December 12, 2015 to February 3, 2016. According to Lim, she will be exhibiting her previous works though these are still to be shipped to Singapore.

Lim’s residency will result in her participation in several presentations and exhibits, collaborations with other artists, special projects with choreographers from the Paris Opera, and a group exhibit at Seoul Museum of Art in South Korea on March. – Rappler.com