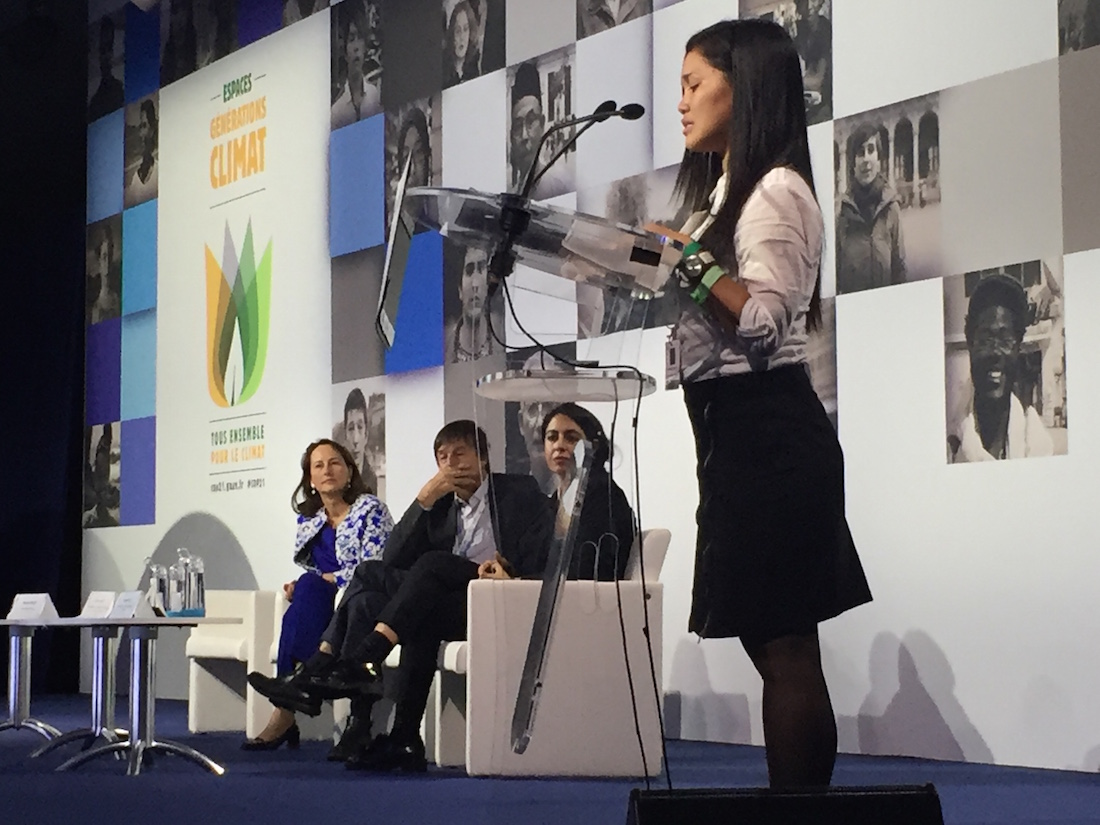 MANILA, Philippines – Marinel Ubaldo, 18, knows the urgency of the call for climate action. Two years ago, when Super Typhoon Yolanda (Haiyan) devastated her community in Eastern Samar, Philippines, she lost most of her belongings, including a box where she kept all the awards she received in school.

While countries race to close a deal in the Paris climate talks this week, a documentary by filmmaker Christoph Schwaiger, starring Marinel, will premiere on French television on December 9 (December 10 in Manila).

“I really want to show the world that in the Philippines, climate change is a reality. It’s not just an idea; we have to live with it,” the young typhoon survivor tells Marion Cotillard, the film’s narrator.

Marinel has been playing an active role in the community projects of child rights organization Plan International Philippines, particularly in climate change education. (READ: Where are we after Yolanda?)

When she received a message from a Plan International staff member about the threat of Yolanda, she immediately informed her friends, neighbors, and family to evacuate to a safer place.

However, no one could have anticipated the magnitude of the disaster brought by the super typhoon.

“For three days, we just had to eat cassava. I was unable to access a bathroom and I couldn’t go to school as it had been badly damaged,” shared Marinel.

“My dad is a fisherman and it affected his livelihood, too. He had no net and his boat was destroyed. It took some time before we were able to return to normal, but the chilling memories still remain.” 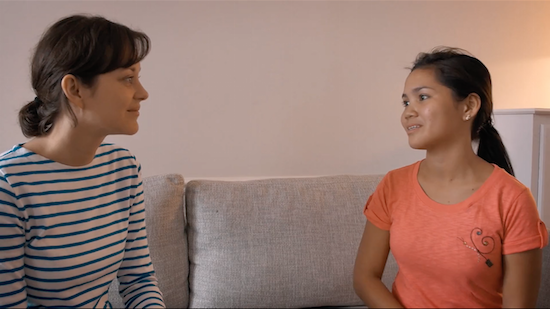 “I found myself inside a radio booth, educating the public about the effects of climate change and ways to adapt to its effects, while discussing the science with experts,” she says. “We learn about tracking typhoons, marine biology, and the impacts of climate change on coastal livelihoods.”

In Paris for COP21

Amid the climate negotiations at the 21st Conference of the Parties (COP21), Marinel has been attending speaking events in Paris, where she talks about climate change and how it steals children’s futures.

Marinel hopes to urge decision-makers to put children at the heart of the climate agenda. “They (governments) must ensure their decisions will create a better world for us,” she said.

“I want world leaders to commit to minimizing the emission of greenhouse gases. I want them to help vulnerable countries, such as my own, adapt to the unavoidable effects of climate change,” she adds.

COP 21, which takes place until December 11, is seen as the “last chance” for governments to reach an agreement before it becomes too difficult to control the emissions that cause drastic changes to the climate. – Rappler.com

Richard Dy is a Communication Officer of Plan International Philippines.

Plan International Philippines is an international non-governmental organization with a special focus on helping marginalized children across the country to access their rights to health, education, livelihoods, disaster risk management, and protection. To know more about the group visit www.plan-international.org/philippines.