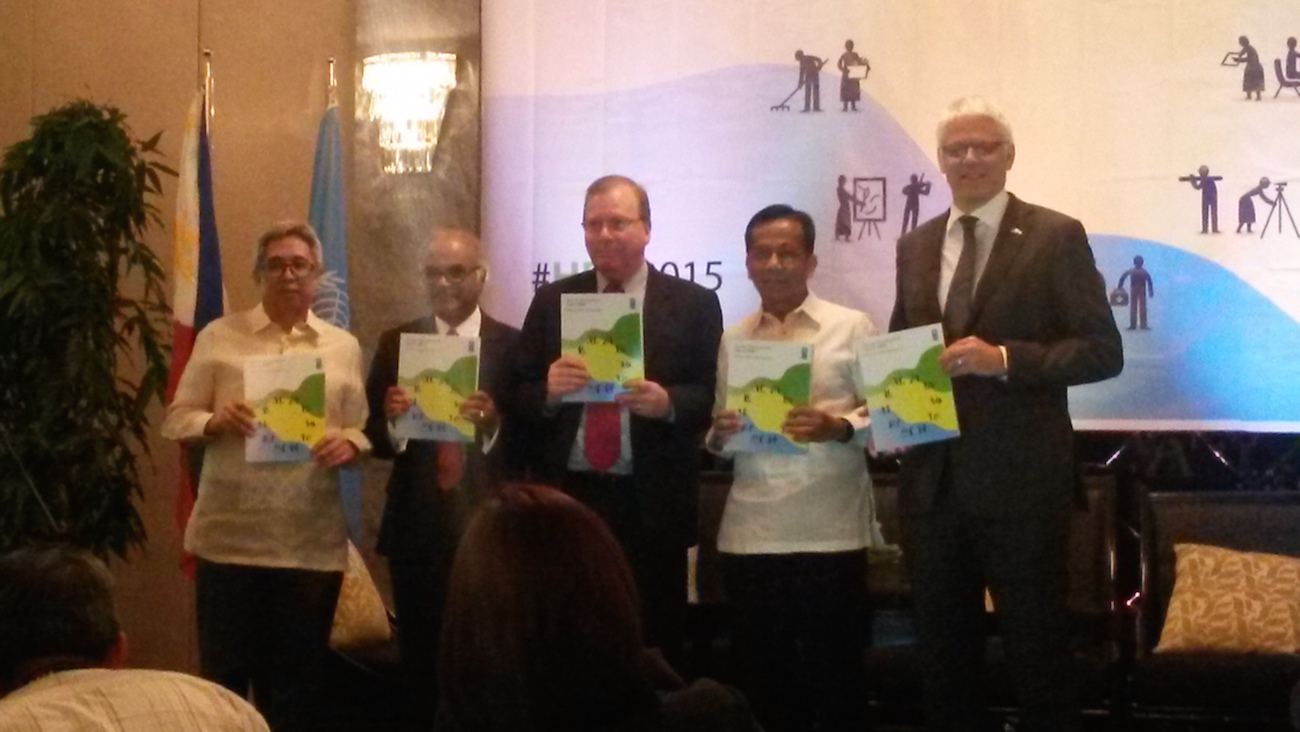 Work that abuses people’s rights or furthers inequality would only hold back progress, according to the report which was launched on Monday, January 18.

Based on the figures on inequality and reports of child labor, human trafficking, and poor work conditions, massive reforms are still needed in the country.  (READ: Abusive work conditions persist despite gains – UN report)

At the launch of the UNDP report, experts also noted that the Philippines is still behind in many aspects, creating economic and social imbalances and abuses.

For the Philippines, the contribution of deprivation to overall poverty was roughly similar across the board at roughly 30-35%.

The country also failed at addressing gender-based income inequality. Although the years of schooling are similar for men and women at around 12 years, men still earn more than women in the country. (READ: Philippine gender gap narrow but women leaders still needed)

However, in his keynote address at the event, Economic Planning Secretary Arsenio Balisacan highlighted the people-centered policies of the Aquino government that seek to address “multidimensional” poverty.

“The theme for this year’s HDR is very much aligned with our country’s goal of achieving inclusive growth through the massive creation of quality employment and the reduction of poverty in its multiple dimensions,” Balisacan said.

The Philippines grew at an annual average of 6.2% from 2010-2014. This is partly due to the continued growth of the information technology and business process outsourcing (IT-BPO) industry, according to Balisaca.

Education has also equipped students with the basic knowledge to try to compete in the new job market.

Reforms were also passed to ensure the protection of workers. RA 10361, or the Domestic Workers Act, sets the minimum wage and ensures every kasambahay (househelp) receives the necessary social protections.

Social programs like the K to 12 curriculum and the Conditional Cash Transfer (CCT) Program ensure families send their children to school where they are prepared for future employment.

Adapting to a changing world

Meanwhile, members of the business and research sectors offered observations and advice for the future. For them, the transforming world of work requires changes in education approach to measuring growth.

For Philippine Investment Management Consultants (PHINMA) Chairman Chito Salazar, the key is increasing flexibility in education to meet the new demands. He said, “If you’re going to find yourself in 6 different careers in one lifetime, what’s the point of having one major?”

Taking students from the school to the workplace has become the new norm, according to Salazar. Schools are now looking at employment as one of their measures, which was not the case before.

Reforms to basic education that would equip students to transition into skilled jobs while also giving them the option to enter university would be Salazar’s ideal. “The key is basic education,” he added. – Rappler.com